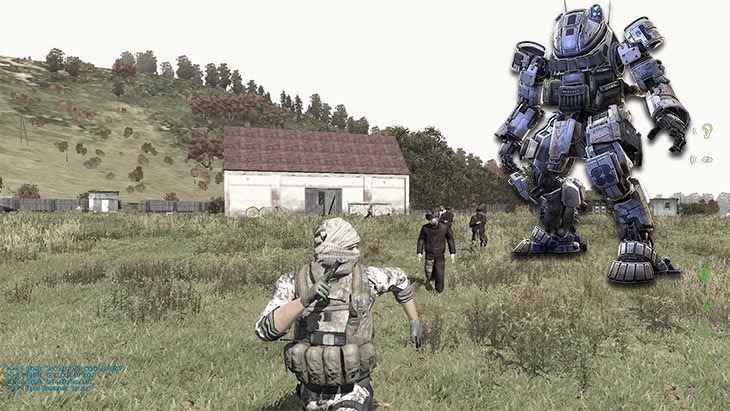 The high end, enthusiast graphics card market is a strange one, with many people willing to spend ludicrous sums of money purely to have the best frame rates, the best image quality and the most bragging rights. Nvidia’s latest card, the titan Z is made just for them. Though 4K resolutions haven’t reached mainstream, this card looks beyond – to 5K.

“Not only is it powerful, but it’s whisper quiet and fits naturally into your PC,” Nvidia CEO Jen-Hsun Huang exclaimed when unveiling the new card.

The silly-named Titan Z is a single card, dual GPU solution running two GK110 Kepler GPUs, coupled with a ludicrous 12GB of video memory and 5,760 CUDA cores – giving you 8 TeraFLOPS of performance. For reference, the PlayStation 4 offers 1.8 TeraFLOPS of computational horsepower. The Titan Z is essentially two Titan Blacks duct-taped together, tweaked for load balancing to remove the usual bottlenecks associated with twin GPU gaming – and then shrunk down to fit in a single card.

The thing’s actually being pitched as a super computer and is “a serious card for serious gamers,” but there’s no doubt in my mind many people with far more money than sense will stick this in their desktop PCs..and then end up playing nothing but Minecraft anyway.

How much does the Titan Z cost? A tidy $3000. In direct conversion you’re looking at R 32,226 – but with import duties, logistics, mark-up and stupidity tax, you can expect the thing to cost a little closer to R50 000 if its ever released here.