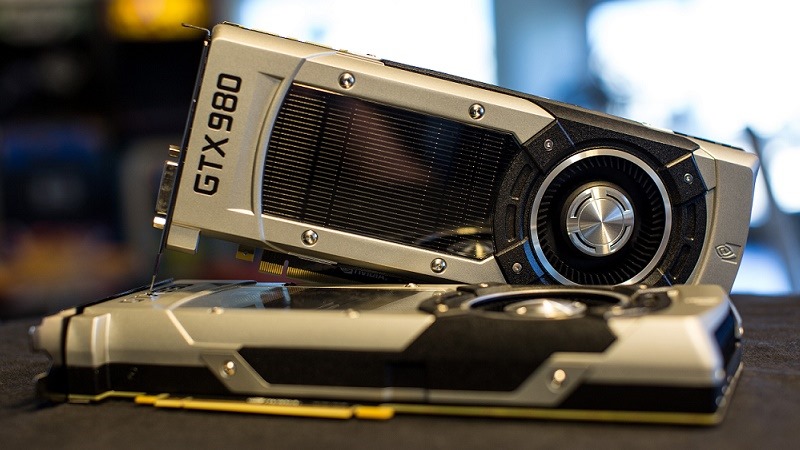 Well isn’t that just a surprise that came out of nowhere, right? If you only had one eye on the internet these past few weeks, you still probably saw something about Nvidia’s new 900-series Maxwell cards. Nvidia has now officially revealed them, with locked down performance numbers and some interesting new features that could convince you to take the plunge.

First up, say goodbye to Kepler. With the new Maxwell cards hitting the market very, very soon, Nvidia revealed that they would be discontinuing the GTX 780, 780Ti and 770. If you’re still thinking bout grabbing one of those (although that might not be the best idea anymore) then you better hurry. Maxwell is going to be replacing them as Nvidia’s core product, primarily because it’s just a better product already.

The buzzword associated with Maxwell is definitely efficiency, and Nvidia threw that around like it was going out of style. The GTX 980 and 970 cards aren’t meant to be massive leaps forward in terms of performance, but they do reduce power consumption by a massive margin. The 980, in comparison to the GTX 780Ti, has a maximum draw of only 165W, a whole 65W less than a card it outperforms.

And yes, the GTX 980 (and neatly overclocked 970) do outperform the stock version of Nvidia’s previous flagship card. We’ll have our own benchmarks and review up early next week, but scores from Nvidia and early reviews show small but noticeable jump up in performance. Curiously these gains are more noticeable at higher resolutions, but I’ll wait until I get my hands on the card to confirm that properly.

There’s also a ton of numbers to sift through, but thankfully Nvidia has neatly summarised most of this with a small table. What should be noted is that these new Maxwell cards cut down the number of CUDA cores to 128 per streaming microprocessor, although Nvidia still maintains that with the right tweaking and overclocking the GTX 980 can hit speeds up to 40% higher than the GTX 780Ti. Stock, of course.

The night wasn’t all about the hardware, and Nvidia really impressed with some 900-series exclusive software that would ship with the cards. If you can’t afford a 4K monitor but dream of that visual fidelity on a 1080p screen, then Dynamic Super Resolution(DSR) is the answer. It’s like another step in the Downscaling field, but Nvidia is stressing performance here. While rendering an image at 4K and then shrinking will still knock frame rates, DSR aims to minimize that as much as possible.

Not too long ago Nvidia revealed TXAA, and new Anti-Aliasing technology that delivered MSAA effects without the massive performance hit. With the 900-series they’re going a step further with Multi-Frame Sampled Anti-Aliasing, which apparently reduced performance knocks by nearly 50%. The new technology actually samples two images, detects differences between the two and then calculates what each pixel should be displaying. Nvidia claims you’ll be able to get the effect of 4XAA at the cost of only 2XAA, although that remains to be seen. Both of these new features won’t be up at launch, but they will launch exclusively for the 900-series soon.

These new features also make up the cornerstone of a new partnership with Oculus. Nvidia wants to optimise VR experiences with their cards, with Multi-Frame Sampled Anti-Aliasing helping reduced latency and DSR effectively giving you 4K virtual reality images on a 1080p screen. Nvidia is working close with Oculus in regards to their Rift headset, which could mean more jumps to the green team in the future.

Visually, the GTX 980 looks very similar to Nvidia’s Titan, with an updated NVTTM cooler and black backplate. The numerical etching on the side ensures you that you haven’t wasted money on a Titan, but still delivers that rather fantastic cooling solution. Although non-reference coolers should be able to go even further. The GTX 970 won’t feature the same NVTTM cooling unfortunately.

But here’s the real kicker; these cards are priced so competitively, and we have AMD to thank for that. The GTX 970, which is already throwing up surprisingly amazing performance scores, will retail for $329. The bigger GTX 980 will hit the market at $549, making both cards cheaper than the now discontinued GTX 780Ti. No word yet on local pricing, but I’d expect them to come in at around the R7000-R8000 region. That’s a lot of bang for your buck, and certainly a good reason to upgrade if you aren’t already rocking a flagship 700-series.

Because it’s not really going to replace a GTX 780Ti just yet. That’ll come next year, when the true 780Ti successor arrives. Right now though, it’s looking like a good time for me to finally ditch my GTX 590.