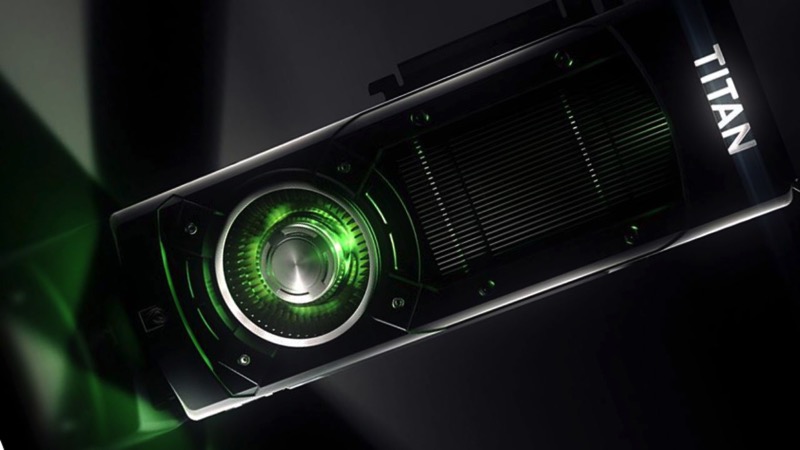 As we speak Nvidia CEO Jen-Hsun Huang is on stage talking about Nvidia’s near future at the GPU Technology Conference. There’s more to come about self-driving cars, the Nvidia Shield console and more, but the real meat of the keynote was definitely news about the recently revealed Titan X. A massive new card that now has an equally massive price.

Nvidia has revealed that their brand new flagship graphics card will retail in the United States for no less than $999. That’s for the reference card which seems to feature an updated NVTTM cooler, in comparison to the rest of the Titan line. It’s the company’s fastest single card, and right now the fastest in the world.

The Titan X will feature 8 billion transistors, 3072 CUDA Cores, 7 teraflops of single-precision power and a massive 12GB GDDR5 memory buffer across a 384-bit interface. It’s certainly overkill for anything under a 2K display, which is why Nvidia isn’t only marketing it towards gaming. The Titan X is a work horse over a dedicated gaming graphics card, and Nvidia really drove that home on stage at GTC.

Still, you’d be hard pressed to find a reason why you shouldn’t have the card in your desktop if you can afford it. The $999 is, surprisingly, a little lower than I expected, but it’s still extremely expensive by any stretch of the imagination. For a little perspective, the GTX 980 launched with a RRP of $549, and ended up retailing for around R10 000 locally at launch. The Titan X will cost you a pretty penny, and then some.

The card is set to go on sale after Nvidia’s keynote, so expect it to arrive locally in the next few weeks.