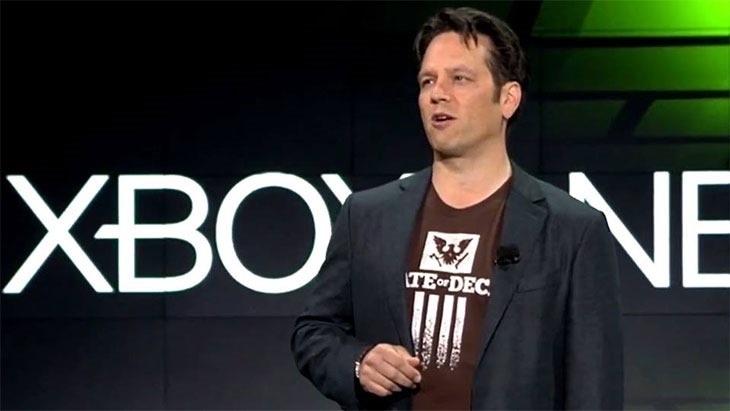 Microsoft had a pretty good E3 showing, and they’ve convinced a fair number of bros dudes dudebros gamers that they need an Xbox One. Many of you will be far harder to convince. Phil Spencer thinks you should most certainly get an Xbox One instead of a PS4. Here’s why.

Speaking in a Gametrailers livecast (via Gamingbolt), Spencer was asked why people should favour the Xbox One.

“One of the things that I am really proud of is the number of games that we have shown here to talk about live innovation, like dedicated servers or drivatars, we showed Crackdown at the end of the shown which is one of my favorite games of all time. The destruction that Dave Jones is building using the cloud, that allows to do things on a console that have never been done before will be really special.”

But what about the lower resolution and frame rate on Xbox One games?

“I think it’s really important that we are a great development platform for developers and you might have seen that in our June update we did some work on the GPU. Its been a good uptake from our 1st party partners, developers and studios. They have been working on these games that will be launching this fall. We have had great feedback from Bungie for Destiny and the impact it is going to have on the resolution. Being the best place for developers, live service and core development platform is critical for our success.”

Ok then. I like Spencer, and I think he’s far better for the Xbox brand than Don Mattrick ever was, but I think what would make him even more endearing would be if he cut out the circumloquacious PR talk. What do you think though? Has Microsoft shown enough to convince you that you need an Xbox One?

In case you missed it, we’ll be getting the Xbox One locally on September 23, at a palatable price that comes in under the cost of the PlayStation 4.