Home Gaming Razer Seiren Review – The Not So “Micro” Phone

It’s getting to be that time of the year again where a whole host of eSports events are taking place. The International 5 Dota tournament is up in August, with many League of Legends and Call of Duty competitions littering the spaces between. Webcasting and professional eSports commentary are getting some much-needed limelight as a result. It was only natural that the black and lime green king of PC peripherals was going to join in on all the fun. 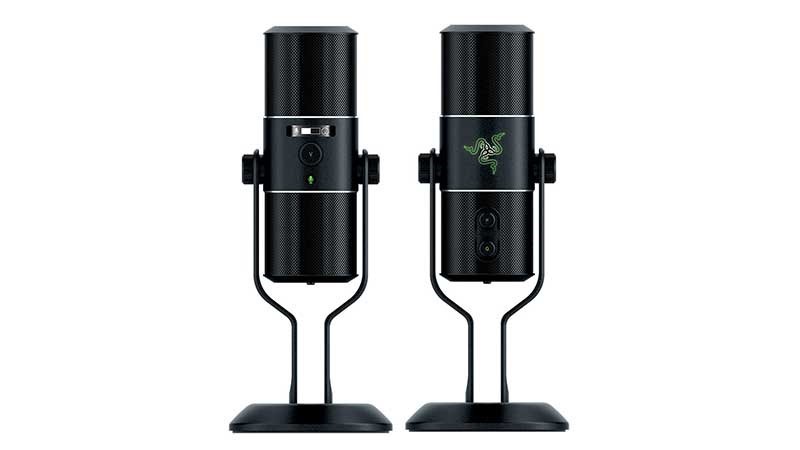 The Razer Seiren walks in, all buff and chunky, sits at the bar and orders a stiff whiskey on the rocks. It’s one mean bad-ass with nothing to lose and a debt to settle. Ok not really but I’ll tell you straight off the bat, this thing means business. AND THE PACKAGING? I’ve not seen such a well-housed device in a very long time.

It is adorned with the description “For Professional Studio-Grade Recording” and for all intents and purposes, the bulk of this unit will instantly fulfil those notions. It’s a beautiful beast. Out the box you are greeted with a black, brushed aluminium housing with a chunkiness that would make Nestle blush. Simplicity is key with the USB powered mic being shipped with one of the beefiest 3m USB to Mini USB braided cables I have ever seen in my life. It stands tall with its amazingly sturdy aluminium base, with front facing LCD display telling you what polar pattern (We’ll get into this in a bit) you have set the mic to, as well as the volume levels for both the microphone and the audio output.

Wait what? Audio out? But Slade! You said this was a microphone?

Well you’re right, I did, but that’s just what it is on the surface. Lurking below the grit and grime lies a DAC (Digital Audio Converter) with a resolution of 24bit 192 kHz. That’s right, you get a studio-grade sound card built into a mic. That means this works as both your microphone and audio out (headphones or speakers, pick your poison!). It’s honestly amazing they’ve squished all of those doohickeys and whatchamacallits in to something the size of a deodorant can.

I’m sure you would have heard a few audiophiles mention something called “HD Audio/Music”. They’re referring to music converted to a much higher bitrate and resolution than your average Joe’s 128kbps MP3’s. The degree of the audio reproduction is very noticeable if you’re moving away from on-board sound. As a package, Razer has outdone themselves considering a decent sound card alone will set you back R2000 at a minimum – but here you get the digital goodness of 24bit audio and a multi-faceted high fidelity condenser mic.

I do have a few issues regarding the way this mic has been marketed though. In comparison to most of the standalone microphone systems aimed at gamers this is one of the best made to date, but “Studio-Grade” it is not. It has a 3 membrane diaphragm in the housing, all angled at slightly different directions to allow you to pick between 4 polar patterns: 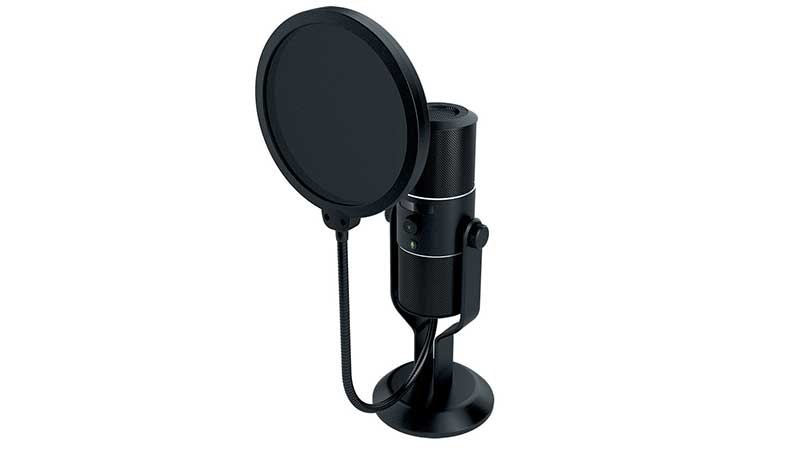 It’s great you have this functionality but the actual difference it made was barely noticeable. As testing was conducted in a fairly sanitised studio environment I was expecting a bit more. I don’t want to go as far as to say it’s a gimmick but if you are looking for dedicated hardware with an accurate polar pattern then this is not your ticket home. Let me highlight though, this will be the best sound quality recording you will get from a “gamer’s” microphone, but is not quite what you’d expect from the studio fidelity afforded by dedicated equipment

It is phenomenally sensitive, so any hums, hisses, little brothers and nosey moms are going to come out clear as daylight while you’re trying to shoot some baddies in Battlefield Hardline. If you’re not fond of using headphones I would steer away. As mentioned before, this microphone is plenty sensitive and will share your plasma rifle sounds with all who care to listen. 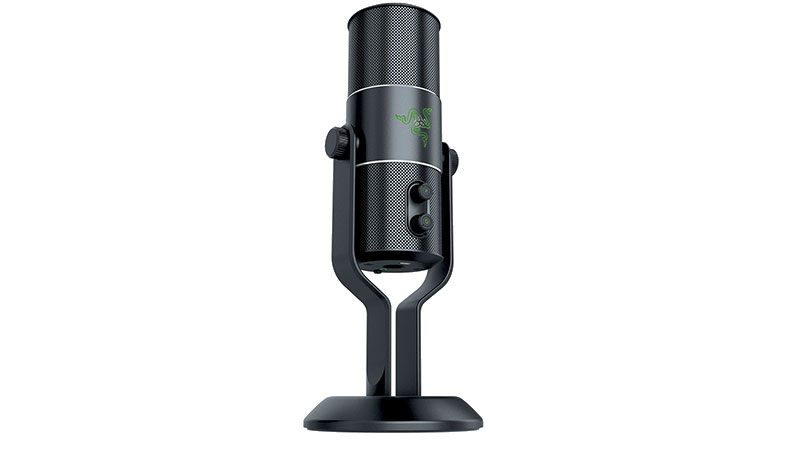 For some, that might be useful – but for Most, significantly less so. As a gamers device? The microphone is a tad overkill but the soundcard’s degree of audio reproduction will bring a tear to your eye. It is also a beastly thing, tall and brooding, which is a bit awkward since best position for the mic would be centre face using the cardioid pattern setting on the mic. Depending on your setup, you might be staring down the barrel of a Seiren instead of your trusty 50. Cal.

If you are looking forward to a more webcaster applicable microphone you have definitely come to the right place. My review set came with the optional shock mount and pop filter. Using the device as a commentating microphone is where the Seiren has shown its true colours. It is sublime to use. The recording quality for voice is so close to standalone studio equipment (not to say that a dedicated professional mic wouldn’t produce better quality) that I can see quite a few bedroom producers actually making great use of the device and its functionalities. Ableton didn’t have any issues picking it up and the input latency was quite a bit better than any on-board soundcard I’ve had experience with.

The controls are a bit awkward with the LCD and audio out volume on the front of the mic, whilst the polar pattern controls and mic volume rest on the back. Why? I honestly couldn’t tell you. It’s awkward and clumsy and very out of character for Razer. Even the sexy lime green triple head glowing snake emblem is hidden at the rear. Boo.