When it comes to smartphones, Samsung is always trying something a bit odd. With that ethos, comes the Samsung Galaxy S5, a communication tool packed with other features that you never knew you needed or wanted. Some of them are baffling, some of them belong in a niche category, but one thing’s for certain: They all work rather well actually. 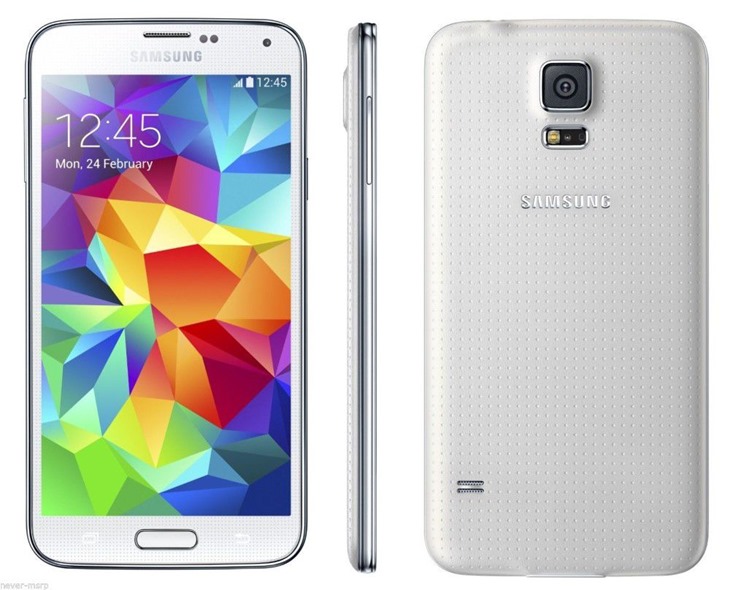 A quick glance reveals a phone that isn’t too dissimilar in appearance to 2013’s popular Galaxy S4 phone. Slightly bigger than the S4, the S5 packs a larger 5.1’ screen that has the same look and layout as previous Samsung phones. Which is really fine, because a universal approach to design keeps the phone familiar in the hands of consumers who are upgrading to something that packs more hardware inside of it.

In the hand, it feels thin while also feeling hefty enough to dismiss any fears of the S5 being a fragile piece of technology. Overall, the S5 still boasts a plastic shell with a polarising opinion on the rubber backing. Some hate it, some don’t mind it, and I actually rather prefer the rubber coating myself. Again, personal preference.

So in terms of comfort, you have a large phone that is easy enough handle, no matter how big or small your hands are, with a rubber backing that you may or not like.

Nobody wants to lose a phone, but if it does happen to you, you’ll most likely also want to be able to keep your contact details out of the hands of thieves. And that’s something that the S5 can do thanks to a fingerprint sensor. You can map all ten of your digits to the phone, which allows you to unlock it with a swipe of the finger. It’s a system that works well, and gives the phone that added layer of security, as well as the satisfaction in knowing that only you can open it.

Water under the bridge 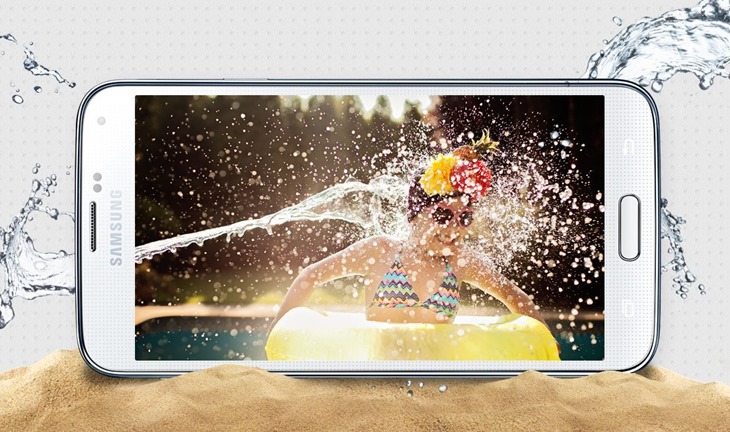 The S5 is also lives up to the hype of being a water-resistant phone. Perfect for anyone who still keeps their phone in their breast pocket and is forever dropping it into the toilet when they bend over to flush, the phone can easily survive being submerged, something that I tested out myself by dropping it into a sink full of water and also into a freezing cold swimming pool. The phone survived unscathed, and once it had been dried off, it could be unlocked with the fingerprint sensor to function normally, as if it nothing had happened at all.

That could potentially give people a more carefree attitude towards handling the phone, as anyone who has been to a pool party knows that the age of the smartphone has all but eliminated the spontaneous pleasure of throwing a friend into the pool.

Battery life on the S5 isn’t bad at all, with heavy users able to crank out around a day to a day and a half of work out of the phone. There’s also a handy ultra power-save mode, that’ll easily push the battery power to last for a week as it disables all but the essentials, for those emergencies when you aren’t near a charger.

I’m ready for my close-up One thing that the S5 genuinely gets right, is the camera. Boasting 16 mega-pixels, the S5 can take sharp photos that pack plenty of colour, as you can see below with examples that include an inaction figure and a cat that has more jitters than Michael J Fox: 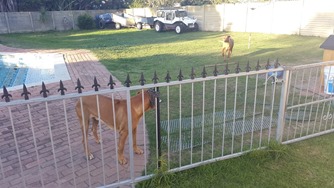 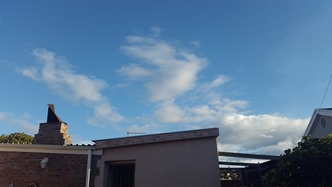 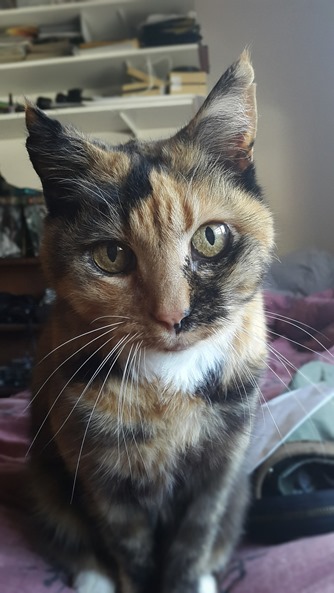 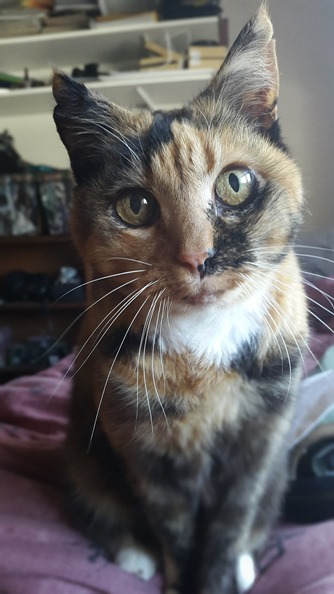 While most folks will easily find the fast auto-setting to be capable of snapping most of their photos, there also more on offer from portrait modes, panorama snapshots that combine to form lengthy images of the world around you and an HDR mode that is perfect for areas that are basked in the harsh glow of the sun. Low light situations however, present a challenge for the phone while hipsters will also be happy to know that the S5 is also packed with various filters, for when the world needs to know of that craft beer that you’re drinking but with an ironic sepia tone.

Physical, I wanna get physical 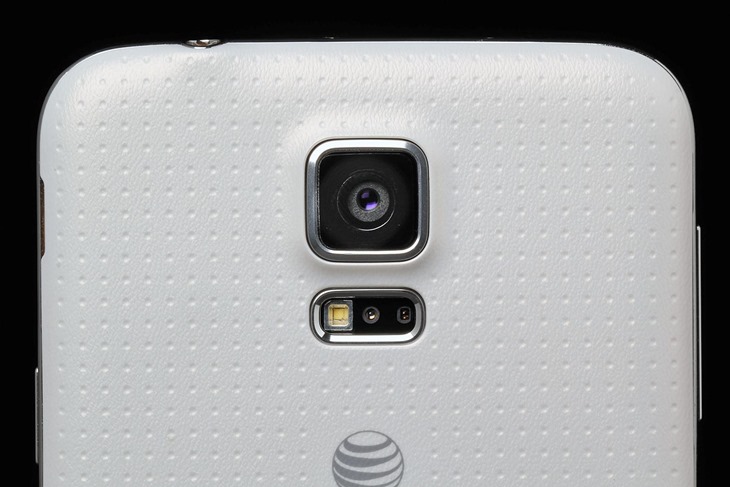 S-Health is a pretty decent fitness application that is available on the S5, and works wonderfully when paired with the new Samsung Gear 2 watch (More on that soon). A fully-fledged program that keeps track of your fitness levels and makes good use of the heart-rate sensor at the back, S-Health will do everything from counting your steps to telling you which exercises you should be focusing on, something this fat-ass found useful. It needs a lot of specific inputs from people wanting to get the most out of it, but for the fitness obsessed, it’s a nifty feature.

But it’s the small things that hamper an otherwise solid phone. A speaker at the back results in a metallic sound that drifts away from you, while the vibration setting is strong enough to double as a jackhammer. The Android operating system also feels a touch too over-customised, with many, many options available that could be daunting to first-time adoptees of the Samsung brand. Despite boasting some powerful hardware in the form of a Quad-Core 2.5Ghz processor and 2GB of RAM, the software is still too much for the phone to handle at times resulting in the occasional lag. More an annoyance of an issue, it’s something that can easily be sorted should Samsung ever decide to streamline their software. 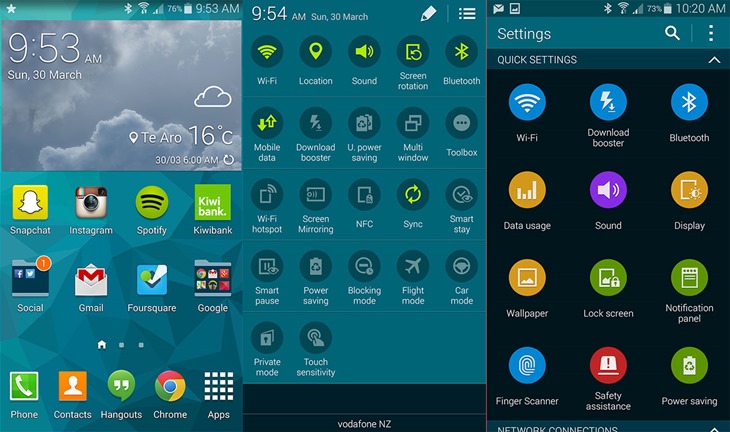 And that’s the Samsung Galaxy S5 in a nutshell really. It’s a phone that offers plenty of bang for your buck, filled with dozens of apps, ideas and programs and backed up by hardware that reflects the price-tag attached to it. It gets plenty right, but it also has a few annoyances along for the ride, as if the phone is trying too hard to be a Jack of all trades and failing to properly execute these ideas.

The S5 is a great phone for the average user- but it’s missing that certain something to make it a truly ground-breaking device.