Home Gaming Strap a tablet to your face with AirVR 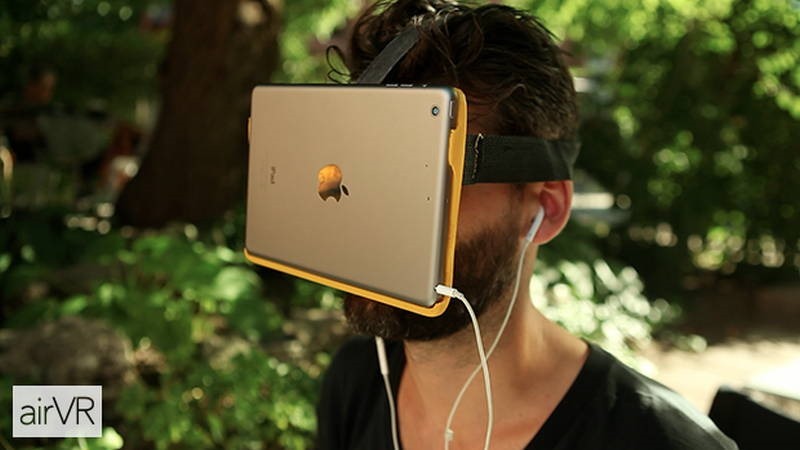 Samsung and Oculus recently announced a partnership to bring Virtual Reality to the masses with its Samsung Gear VR goggles, which is a pretty sexy way of slapping a Galaxy Note 4 on your face. What if you aren’t keen on Samsung though, and want to look like a complete idiot with a tablet affixed to your head? That’s where AirVR comes in.

It’s on Kickstarter right now and it’ll allow you to strap an iPhone 6+ or iPad mini to your head, allowing you to beam 3D virtual reality straight in to your eyeballs.

“The iPad Mini and iPhone 6+ include a of range sensors including GPS, digital compass, wireless networking, microphone, speakers, cameras, as well as barometer and proximity on the iPhone 6+,” the developer says on its Kickstarter page.

“This gives AirVR high quality positional tracking capable of accurately locating a user’s position and orientation within a space, while remaining mobile and low cost. And by using the camera feed, users can also see what’s in front of them, opening the door for high fidelity AR applications. This level of accuracy and integration is vital for making the most immersive VR experiences possible.”

Now before your laugh at how ridiculous it looks (oops, too late!) if it works as promised it’s actually a pretty good idea – as it gives VR a relatively cheap entry point, coming in at just 49 Canadian Dollars, eh.

The whole thing’s wireless, bringing untethered VR, and works using a plate that separates the iDevice’s screen in to two halves; one for each eye. There’re a number of apps already in development for it, and full support for the ubiquitous Unity’s 3D SDK – meaning there’s likely to be a wealth of  content for it – as silly as it looks.

As far as controlling content goes; the thing leaves a little context sensitive touch strip at the bottom, though that sounds unwieldy as all heck. Instead, you’re probably better off going with a 3rd party controller. 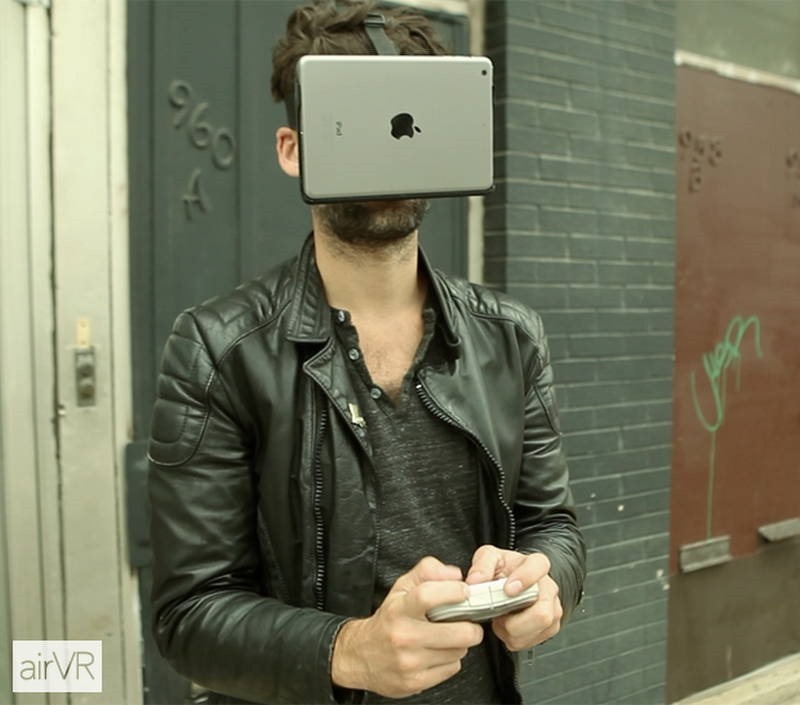