Home Gaming Virtual Reality gets its own silly accessories 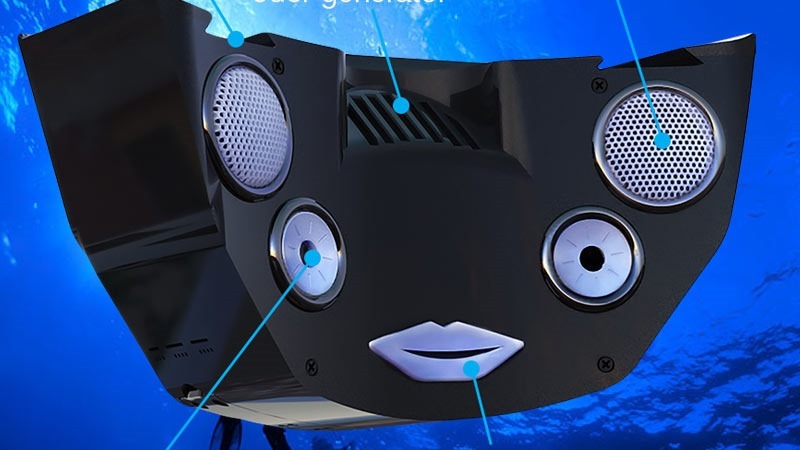 I love new fads and gimmicks – because they tend to bring out people’s more ridiculous, money-grubbing ideas. When The Wii was first released, with its focus on motion controls, just about every peripheral manufacturer on the planet jumped on board, releasing useless and inane accessory upon useless and inane accessory. The next big thing in video game tech is Virtual Reality – which means, obviously, that it’s the next target for overzealous peripheral makers and their stupid peripherals.

FeelReal is a brand new, very silly Bluetooth-connected accessory for the Oculus Rift that gets strapped over the bits of your face not covered by the Rift itself.

What it does is add a bit of smell-o-vision to your VR experiences – along with other nifty additions like temperature controlled air, sprays of mist and vibration. According to its makers, it’ll allow you to experience the thrills of real-life experiences like visiting the ocean, standing under a waterfall or being close to fire.

Here’s what they say about the device, neglecting to tell you that should you wear one, you’ll end up looking like a bit of a gimp. 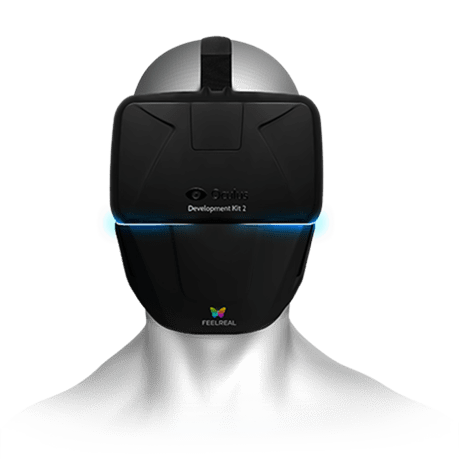 FEELREAL is a fully operating prototype of a revolutionary, next generation virtual reality (VR) mask for video games and 3D movies that brings virtual reality technology to a new level. The FEELREAL mask is designed for you to fully immerse and experience the smells and senses present in virtual reality games and movies. Playing in our mask you can feel the wind, heat, water mist, vibration and smells that surrounds you in virtual world.

The FEELREAL virtual reality mask makes it easy to connect and interact with other players around the world through the built-in bluetooth microphone. The mask doesn’t touch the skin surface, simply mounted and perfectly matches the design of your VR headset. Play wearing the FEELREAL mask to explore virtual reality with bright senses you’ve never experienced before.

It all seems rather silly…though – I suppose – with the right software this could revolutionise the interactive adult entertainment industry.