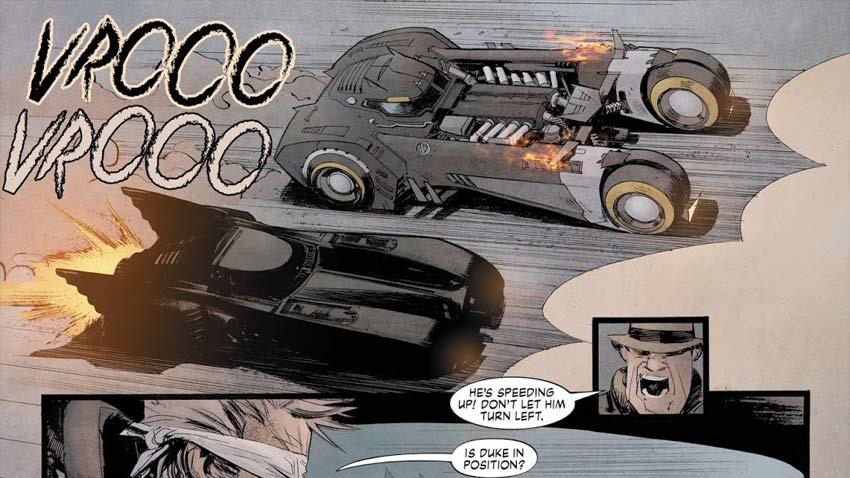 Batman: White Knight’s main hook of a Joker reformed and working within the law of Gotham City may be utterly fascinating, but there’s so much more to the series than just seeing Jack Napier turn the tables on the one-percent who have gotten obscenely wealthy in the years since Batman started his war on crime. 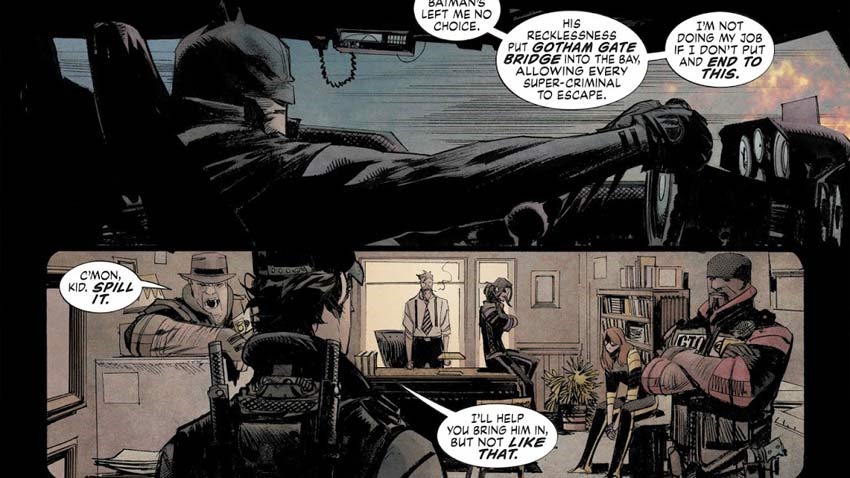 Sean Gordon Murphy’s tale is also obsessed with the idea of Batman, and how destructive Bruce Wayne could really be. Is he just as bad for Gotham City as the Joker ever was? With an ever-escalating property damage bill thanks to the previous issue that saw the Dark Knight total an entire bridge in his war on crime, it looks like the answer may be a very definite yes.

Fighting crime without his support base, White Knight’s Batman is more unhinged than ever. He’s violent, ruthless and the Gotham City police department has had enough of him. With former allies Batgirl and Nightwing working for the GCPD taskforce as legalised vigilantes and Neo Joker running amok, Batman has finally crossed the line. Only Jack Napier can stop him, by beating Batman at his own game. 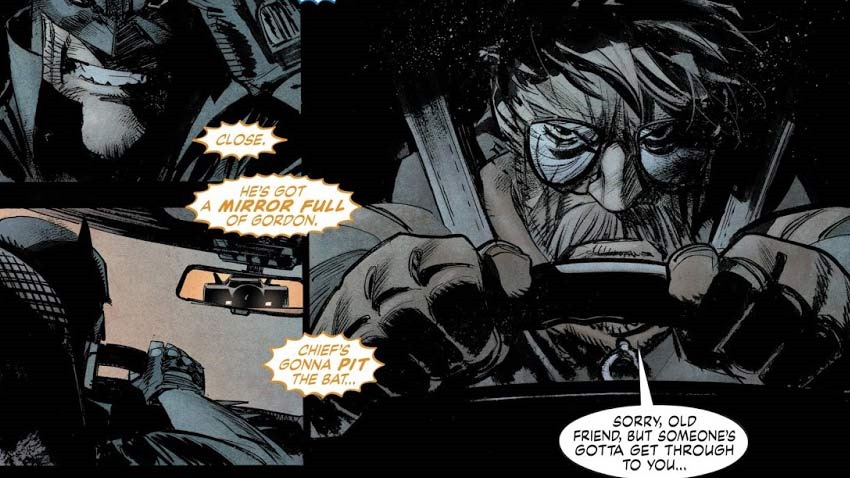 If there’s one debate that has been settled numerous times, it’s the idea of the Joker fighting Batman in a straight-up brawl. After all, how dangerous is the clown prince of crime without his toys or henchmen? Usually, the answer has been “not very”, with Batman always getting the upper hand in fights where he warms the back of his hand up on the Joker’s face.

Hell, the first issue of Batman: White Knight even set up a similar scene, with the caped crusader mercilessly brutalising the Joker when he got his hands on him. Jack Napier on the other hand, is far more dangerous than Batman could have ever anticipated. With the sanity-enhancing pills in his system also having a steroid effect, Jack’s tougher, stronger than ever and thanks to some training with his reunited love Harley Quinn number one, he’s actually able to hold his own in a fight. 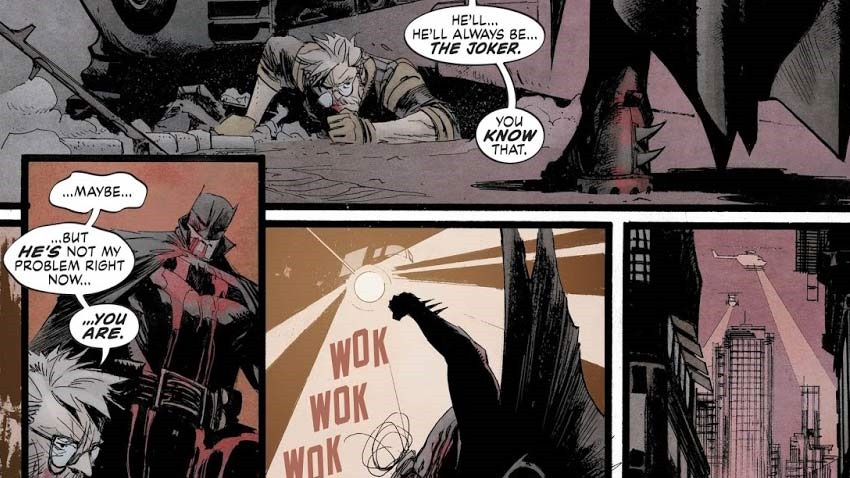 Even that isn’t enough to stop Batman of course. How do you really beat a man who has dedicated his life to honing his mind, body and spirit in the crucible of combat? By putting him through the ringer first, as Jack’s plan to use Nightwing, Batgirl and the rest of the GCPD to wear down the Batman in a gruelling gauntlet of law enforcement. 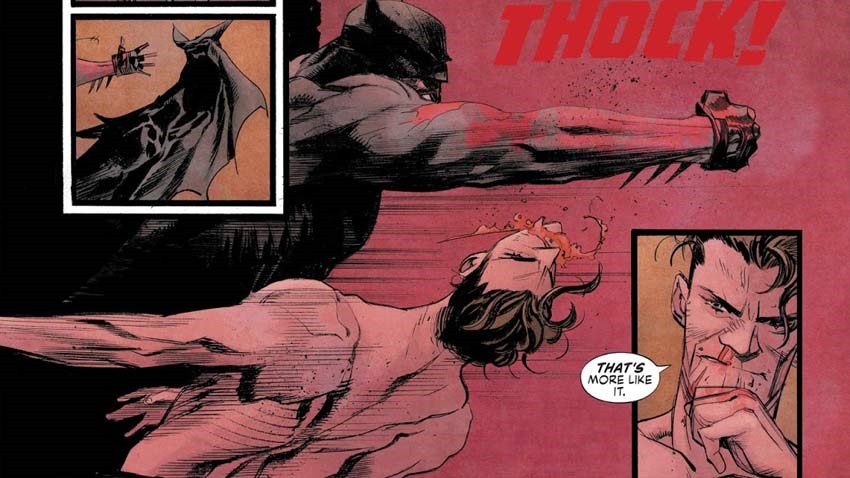 Battered and bloody, even determination can only take Batman so far as he finds himself beaten by Napier in a decisive manner. You know what the real tragedy of this fight is? It’s that Batman could have avoided it. Napier’s plan to goad Batman into a brouhaha played on the anger, the rage and the arrogance of the dark knight, and it worked wonders for him. Outfought, outthought and out-philosophised in a dirty street fight that was years in the making. 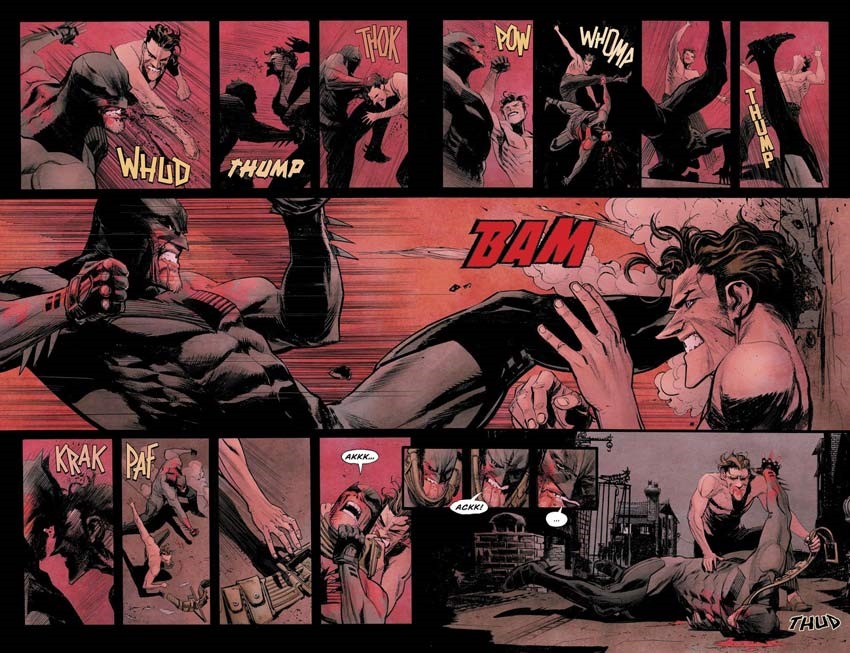 Only by the end of this battle, it seems as if a new dynamic duo may need to be forged so that the threat of Neo Joker can be handled once and for all. 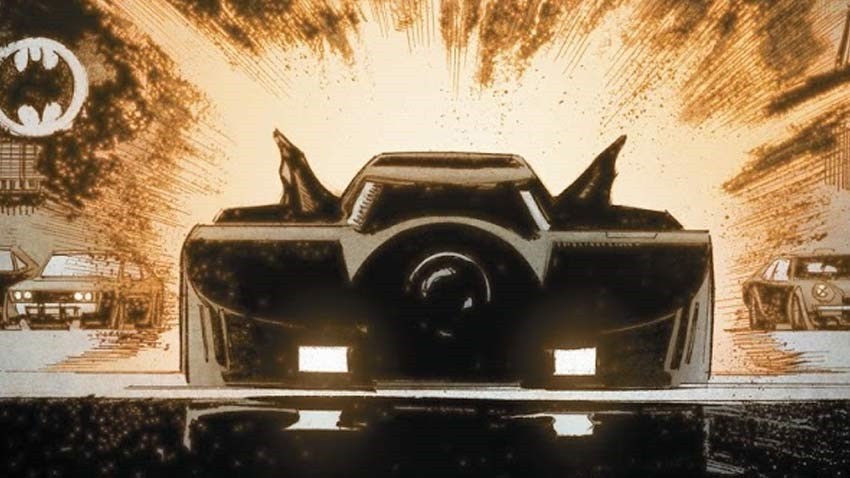