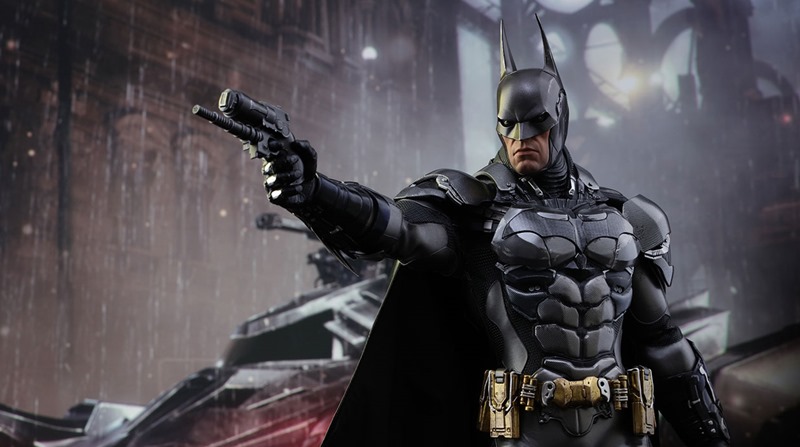 I’m not going to lie to you: Wearing any Batman armour is a pain in the ass. Michael Keaton 1989 costume or Val Kilmer’s nippleriffic Panther suit? That’s heat-stroke in a rubber body condom. Christian Bale Dark Knight armour with extra neck-turning action? Good luck keep all those bits of gear attached on an itchy mesh suit.

But if there’s one batsuit that looks somehow attainable and comfortable, it has to be the threads from the recent Arkham Knight game starring the caped crusader. Not only can you turn your head in a manner that roughly 80% of all big screen Batmen couldn’t, but it actually allows for some flexibility in your lower body. And that’s massive. You ever tried getting out of car while dressed head to toe in rubber and not having any way whatsoever to turn your neck? Trust me, it’s a nightmare.

But more than that, the Arkham Knight batsuit is one of my favourites in an aesthetic sense. It’s just brilliant stuff, a fusion of man and machine that works. While I don’t have the $1600 I need to afford a UD Replicas version to ride around in on my 110cc PGO PMX scooter, I’d happily settle for this sixth-scale version:

The price tag for this latest Batman figure? A cool $244.99 from Sideshow, that’s how much. Fun fact: If you play Arkham Knight and you angle Batman just right whenever he communicates with his allies, you can give them bat-ears. That makes me giggle every time.