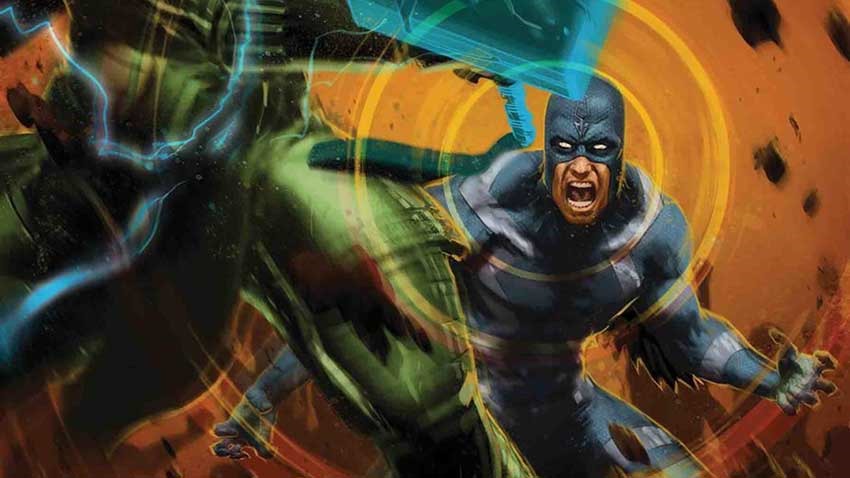 Four years ago, Marvel comics tried something…different. By different, I mean an effort to give the children of the atom a gigantic middle finger, as the status of the X-Men and mutantkind was dialled down in favour of another race of gifted beings: The Inhumans. From the dark side of the Moon came a new race of post-human warriors and villains, characters that also happened to be conveniently owned by Disney instead of some other studio that rhymes with Schmentieth Estuary Box.

The Inhumans got top billing, multiple storylines saw them emerge as prominent new characters and the push was guaranteed to make them main event superstars. Oh how the tables have turned. Fans didn’t exactly go bananas for the Inhumans, with that malaise eventually culminating in a short-lived TV series was the equivalent of a lower-budgeted version of Batman & Robin.

Is there anything that the Inhumans can do to notch a few sales in the comic book department? Well yes, yes they can. They can all die. Which is kind of what will be happening this week, in the first issue of Death of the Inhumans. Desperate for reinforcements and a new path forward, the Kree have returned to Earth to collect the Inhumans for their empire, or kill them all.

It’s the pride of a royal house up against one of the mightiest races in the entire cosmos, and not everyone is going to make it out alive by the time the final page has been turned. “In a sort of serendipitous move, their end somewhat circles back around to their beginning,” writer Donny Cates said to Newsarama.

I’m sorry for the things I’m about to do

The Kree have had a rough go of it lately, and with their back up against the wall, their calling in their lost fleet of would-be soldiers. That in of itself is scary enough. But when you add the mysterious, and incredibly deadly, Vox to the equation… well, it’s about to get very, very bad. I’m sorry for the things I’m about to do.

I wanted to keep this story as simple and easy to digest as humanly possible. A lot of times the Inhumans can feel very alien and cold and big, so really, it’s just the core family for the majority of the series:. Black Bolt, Medusa, Crystal, Gorgon, Triton and lockjaw. And… maybe one or two surprise cameos.

Listen Cates, nothing better happen to Lockjaw. We all know that Attilan’s teleporting super-mutt is the heart and soul of the royal family, even if he does leave behind souvenirs whose size and stench can only be described as…Inhuman. Death of the Inhumans kicks off this Wednesday, with artist Ariel Olivetti helping to shape the story.