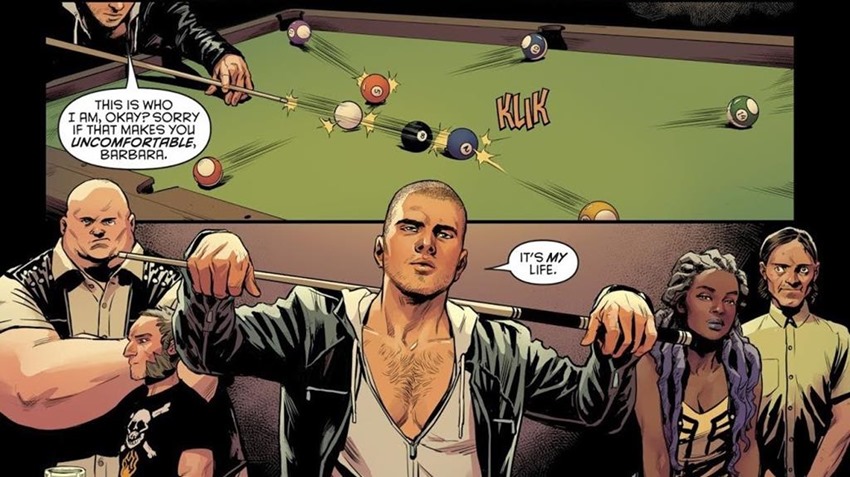 The ol’ boy wonder isn’t the same person that he used to be. You look at Nightwing, and you don’t just see Batman’s protege. You see a hero who is better than the caped crusader, not in his physical abilities but in his healthy mental attitude and approach to life. Whereas Bruce Wayne’s alter-ego is fuelled by the pain and regret of his childhood, Dick Grayson has overcome that torment and established himself as a vigilante with a smile.

Those days are over.

Thanks to a recent event that saw Nightwing literally shot through the head (He got better), Grayson lost a substantial amount of time. Mentally speaking, everything Grayson ever experienced since the say he lost his parents in an act of circus sabotage to the moment when he woke up after being shot, is gone. No memories of his training with Batman, his journey to prove himself as Robin or his eventual rise to independence as Nightwing.

Heck, Dick ain’t even Dick no more, as the brash new personality that has surfaced now prefers to be called “Ric” Grayson. Doe that mean that Ric is defenseless though? Not exactly, as years of training and experience have left Ric’s body with a muscle memory that still makes him more than a match for any common thug.

“His memories pretty much only go as far as the last most traumatic thing that ever happened to him — the night his parents were murdered,” Nightwing co-writer Scott Lobdell said to Newsarama. 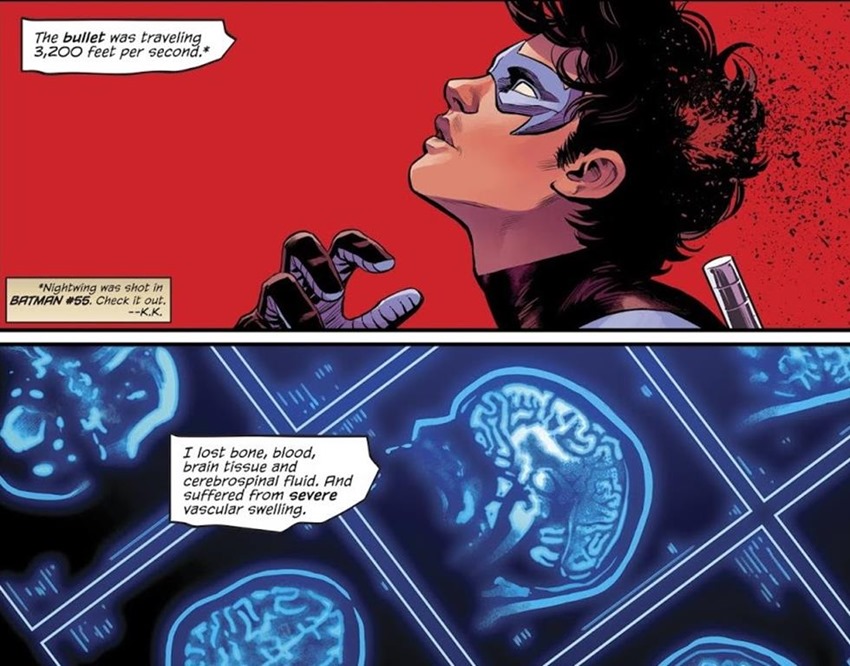 So we’re going to see a Ric Grayson whose personality was developed during his knockabout years in the circus. He’s a born showman. (We’ll learn Ric’s greatest impact on the idea of a dual identity comes not from Batman, but from Boston Brand, whose act a young Dick marveled at years ago.)

This doesn’t mean Ric suffers from arrested development. This isn’t Big or Shazam. He knows some 16 different languages and his muscle memory has every self-defense move Batman ever taught him ingrained in his instincts. But personality-wise, he’s a circus guy at heart. He may not go from town to town every night, but he’s rarely going to sleep in the same bed more than a few nights in a row. Ric has zero baggage and he’s good with it.

I get that some people think, “But Dick was always the happy free-wheeling one who got along with everyone!” And I don’t think that’s changed at all. When he was young his parents taught him from an early age that in order to get from one trapeze bar to the next, you have to let go of one bar in order to grab the other. 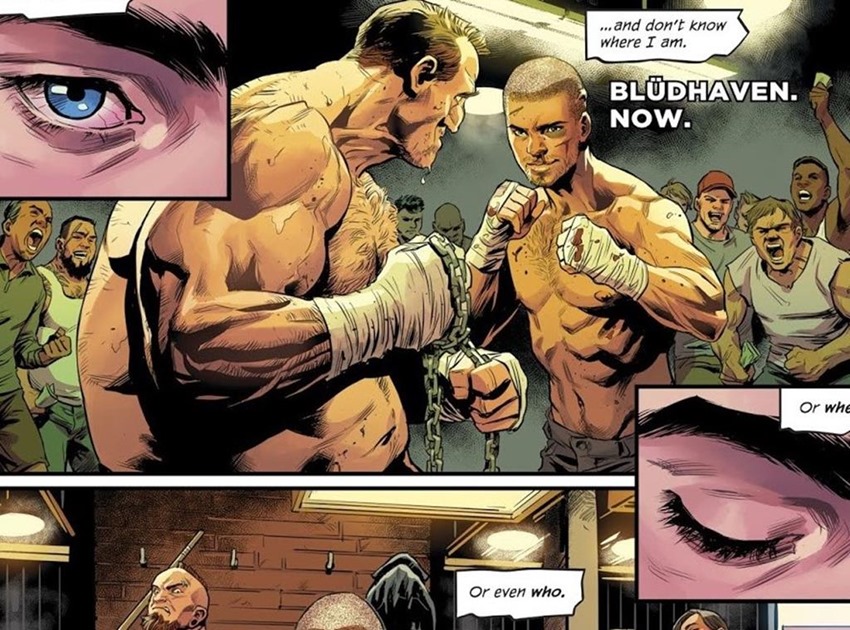 It makes you wonder. Is the real hero the person that Nightwing was in the past, or who he has the potential to become? Will he rise to the challenge in future issues and eventually find his way back to Batman’s family, or will I end this post with a SpongeBob Squarepants joke? Spoiler: You’re darn right I will: