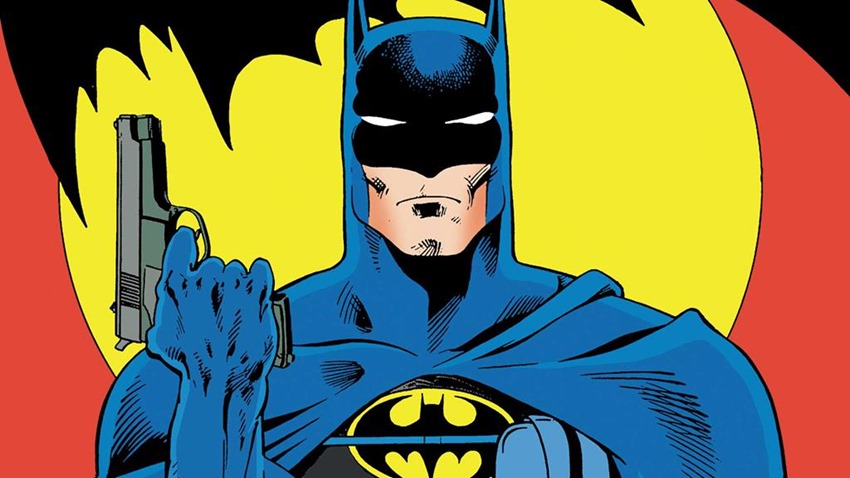 There’s a golden rule when it comes to Batman: The Dark Knight never ever uses guns. Well, save for that one time when he needed to shoot Darkseid with a god-killing bullet that would remove his essence from Metropolis cop Dan Turnbull and finally allow the New God’s personification of death known as the Black Racer to destroy the essence of a being that had become one with reality and the anti-life equation and comic books yo.

The point is, is that Batman views guns as the weapon of a coward. Scarred by the death of his parents in Crime Alley so many years ago, Bruce Wayne made an oath to fight back against injustice but to never ever cross the line that criminals regularly hoped and skipped over. Too bad then, that the Batman of writer Scott Snyder’s upcoming Batman Who Laughs mini-series kinda has a love for high velocity lead dispensers that border on NRA membership levels. 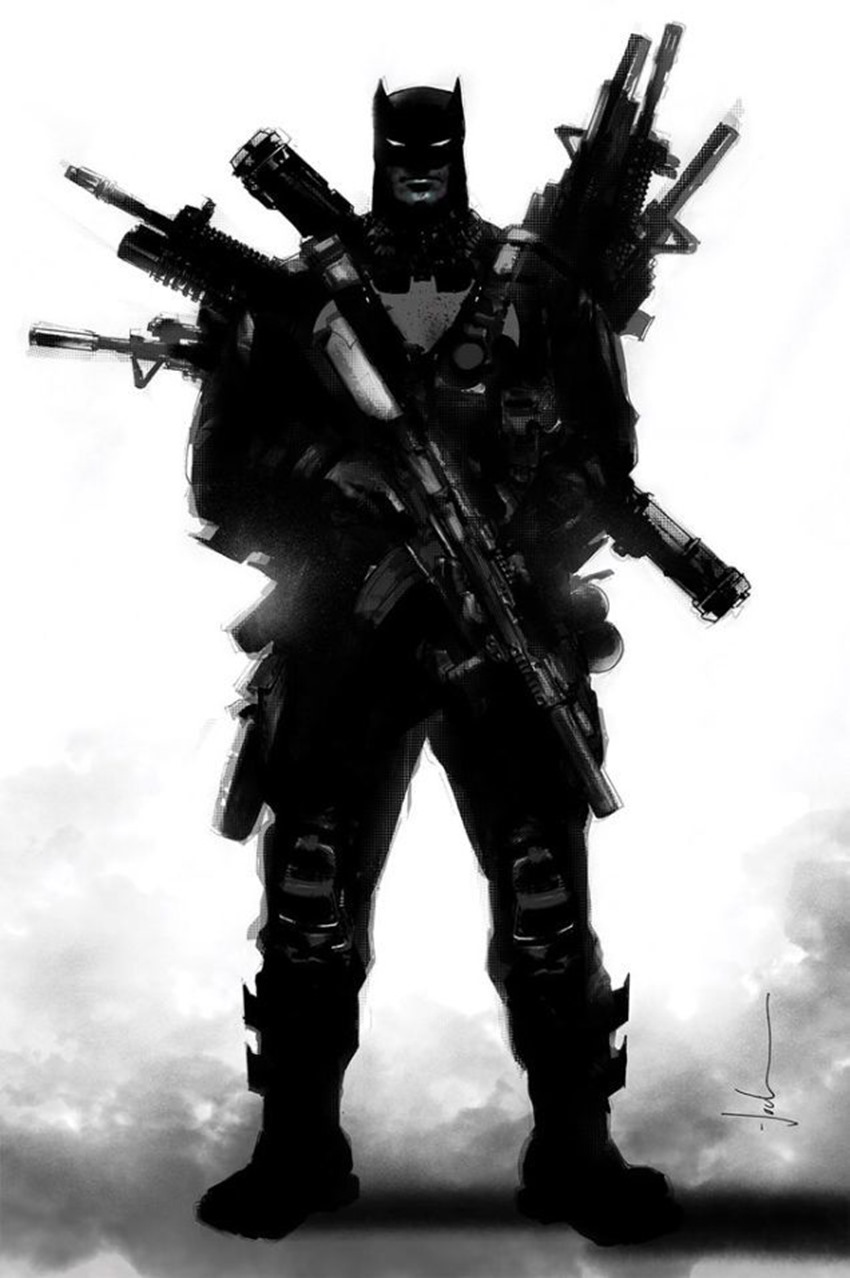 While the new limited series will star the most dangerous Batman of the recent Dark Knights: Metal series, he’ll have some company along for the ride. Snyder explained that this gun-loving Batman began his war on crime by picking up the very same gun that Joe Chill had used to murder his parents, and pulled the trigger.

Does this Batman sound like DC’s version of the Punisher then? Absolutely, something that Snyder was well aware of according to io9. The real difference between the two however? Batman’s actual superpower, which just so happens to be infinite money. Unlike the Punisher who has to keep himself armed by scavenging for weapons and supplies, this Batman’s vast wealth has allowed him to procure an arsenal of weapons so deadly and massive that you’d swear that you’re reading a 1990s comic book.

Even worse, this Batman has an imagination for weapons that has evolved to the point where he has seeded the entire world with bombs. There’s a lesson to be learnt here I reckon, as the series kind of sounds like Snyder’s response to America’s out of control gun-related crime. The Batman Who Laughs mini-series will kick off later this year.