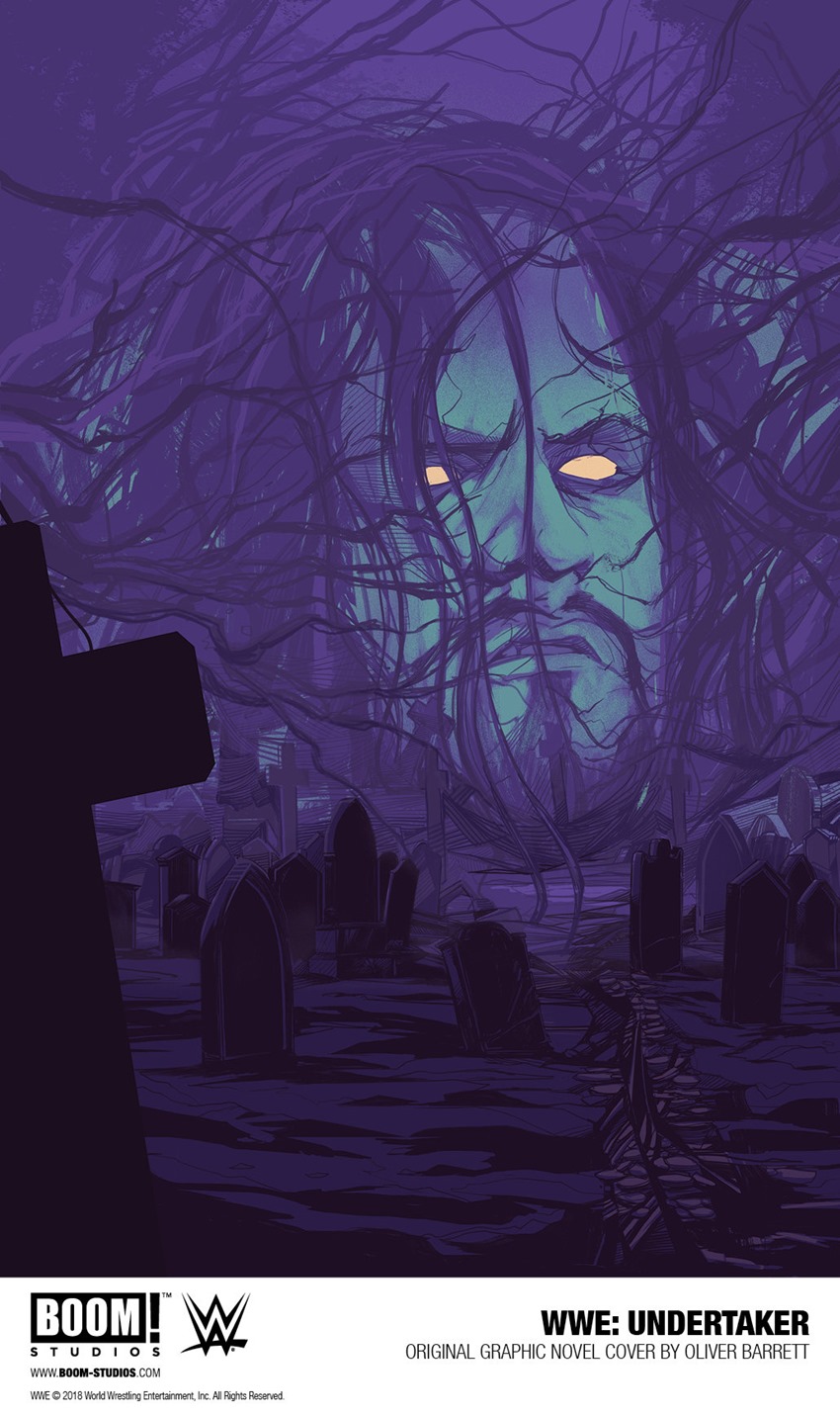 The deadman. The Phenom, the American Badass, the original boogie monster of Vinny Mac’s house of smacks. You think of the WWE, and no other superstar in the history of that sports entertainment vehicle has ever managed to rise above the legend and the mystery of the Undertaker. Sometimes a ghoulish mortician and other times a ferryman who carries souls to the afterlife via a Tombstone Piledriver, the Undertaker is a nigh-unstoppable force of carnage that many a superstar has failed to best.

Who was the Undertaker before he made his way to a WWE ring though? What strange forces created the phenom of Death Valley, that would also shape the rise of his brother Kane along the way? That’s the question that Boom! Studios wants to answer later this year, with WWE: Undertaker. An origin story of the walking deadman, the original graphic novel will chronicle his rise from obscurity to main eventer at Wrestlemania. “I was 12 years old in 1990 when Undertaker debuted in WWE, and from the moment I saw him, he was my guy,” writer Chad Dundas said in a press statement.

I responded immediately, not only to his obvious physical attributes, but the character development and storytelling that made him such a unique figure in the WWE landscape.

“I’m so happy that I was chosen to draw this story for so many reasons,” artist Rodrigo Lorenzo added.

Since I was a kid, Undertaker has been my favorite WWE Superstar and it’s flattering that BOOM! Studios and WWE chose me to bring the legend of the Undertaker to life in their first original graphic novel.

“There’s only one ‘Phenom’ in the history of WWE, so when we were considering whose story to tell in the first WWE original graphic novel, there was only one answer: Undertaker,” said Eric Harburn, Editor, BOOM! Studios. The graphic novel will debut this October, but until then you’ll have to REST…IN…PEACE with these early sketches of the mythic wrassler from Lorenzo’s pencil.