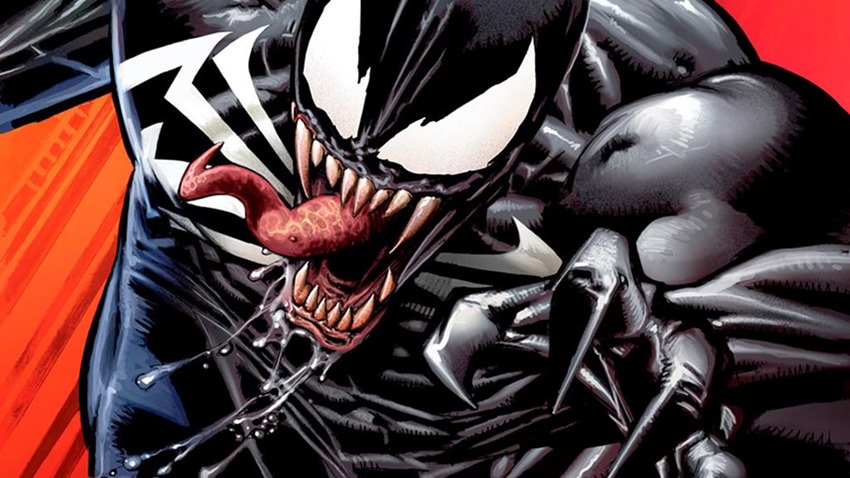 With a tongue that Gene Simmons would kill for and a taste for brains that puts zombies to shame, Marvel’s Venom character has been enduring to say the least. Who is Venom though? A Spider-Man villain? A dangerous vigilante? A spacebound agent of order? He’s all that and more, as we take an insultingly brief look at Marvel’s original lethal protector. 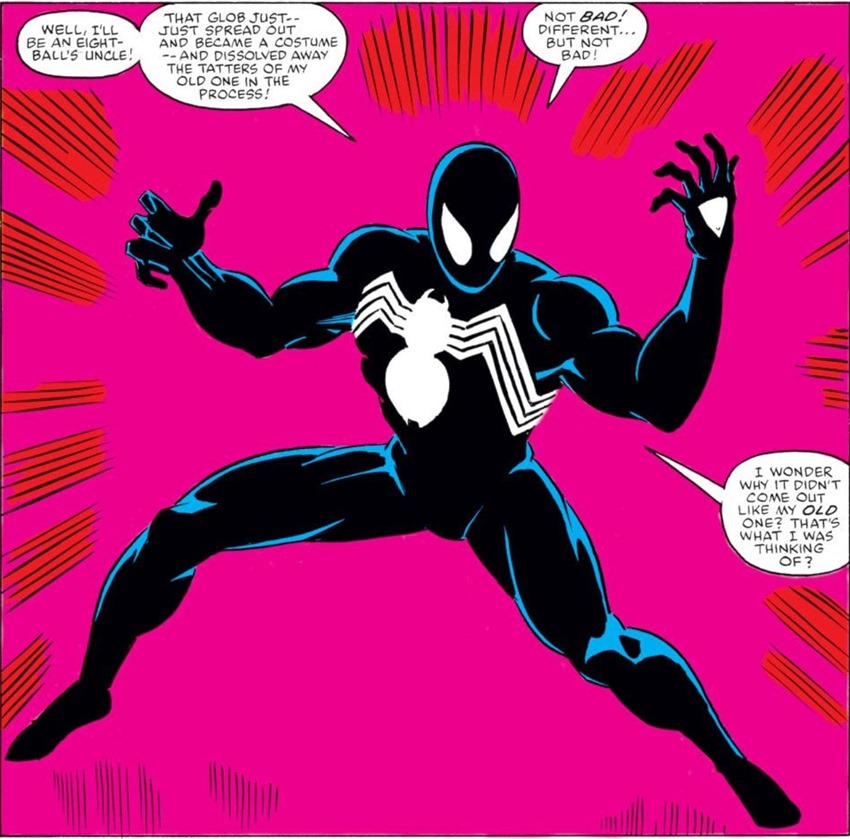 A distant planet. Earth’s greatest heroes and villains, brought together by an omnipowerful force with abilities beyond that of mortal understanding that pitted their might against one another in a grand tournament to see just who would prevail. Obviously, someone was going to have a wardrobe malfunction.

That someone was none other than Spider-Man, whose attempts to repair his tattered costume resulted in him replacing his web-threads with something…alien. Having unknowingly released a symbiote of the Klyntar bloodline that sought to merge and protect its host instead of dominate them, Spider-Man bonded with the lifeform and used its abilities to create a new signature costume.

Pure black, with a blazing white spider symbol. What could possibly go wrong?

Eventually, Spider-Man would discover that the symbiote had been using his sleeping body to patrol New York at night, with its influence become more and more solidified. Desperate to stop the symbiote from permanently bonding with him, Spider-Man exposed it to the bells of Our Lady of Saints Church. The massive brass bells and their resonating frequency weakened the symbiote to the point where it relinquished its grip on Spider-Man, but the webhead wasn’t the only visitor to the church that night. 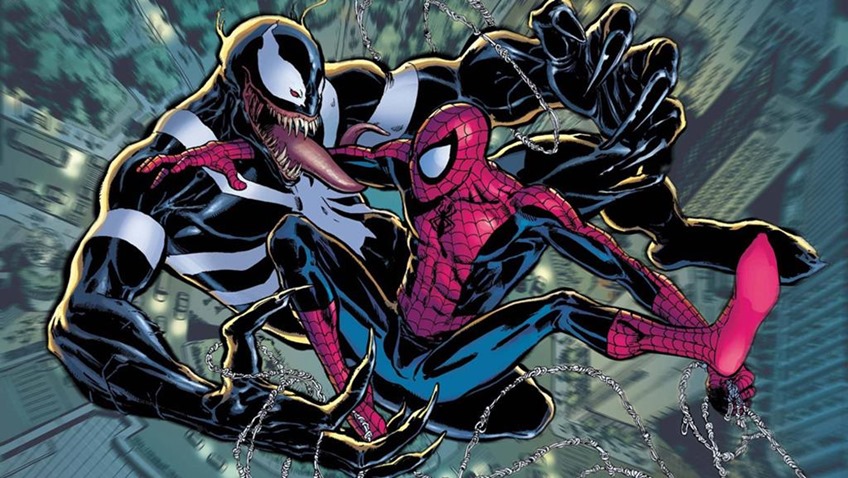 A New York journalist, Eddie Brock escaped a life of neglect and became one of the best investigative reporters in the city. At the top of his game, Brock’s career was derailed when his expose on the identity of the Sin-Eater killer was revealed to have been fraudulent, the real murderer having been captured by Spider-Man.

Disgraced and his reputation in ruin, the incident created a lifelong hatred for Spider-Man in Brock, which festered within his unstable mind. The right time at the right place would make all the difference for Brock however, as he bonded with the rejected symbiote and was reborn as Venom that night. Two beings with a single undying grudge against Spider-Man, who lived to become poison in his life. 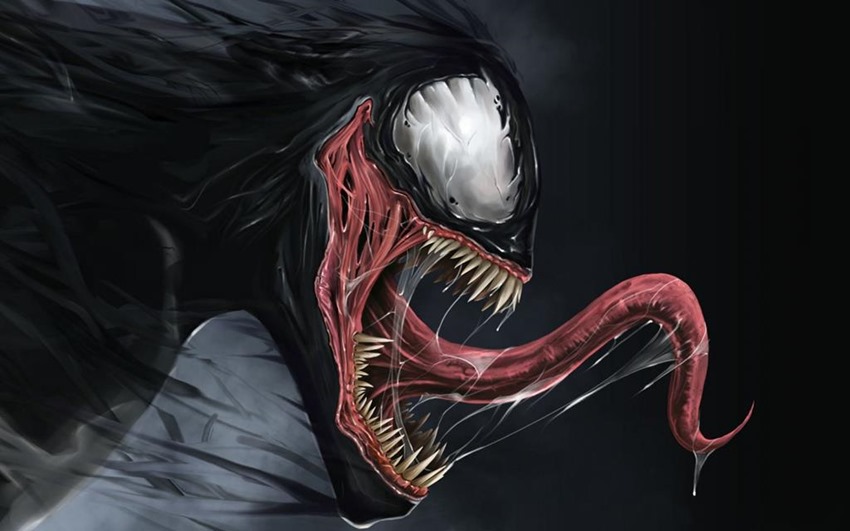 Having spent significant time bonded to Peter Parker, the symbiote had adapted to his physiology and copied most of his powers. Venom was just as fast and as agile as Spider-Man, but Brock’s strict exercise regimen was amplified and made him physically stronger than the wallcrawler. The symbiote could also produce a webbing of its own, could negate Spider-Man’s spider-sense and help Brock blend in with crowds at a moment’s notice. The perfect predator, one that the webhead would never see coming.

Venom’s war against Spider-Man would eventually end, after Brock teamed up with the amazing arachnid-themed hero to save New York from a spawn of the symbiote, the mass murderer Carnage. Adopting a new life as a “lethal protector” of the streets, Venom would enforce a dangerous justice on those he deemed guilty, thus creating his anti-hero persona at the height of the 1990s comic book boom. 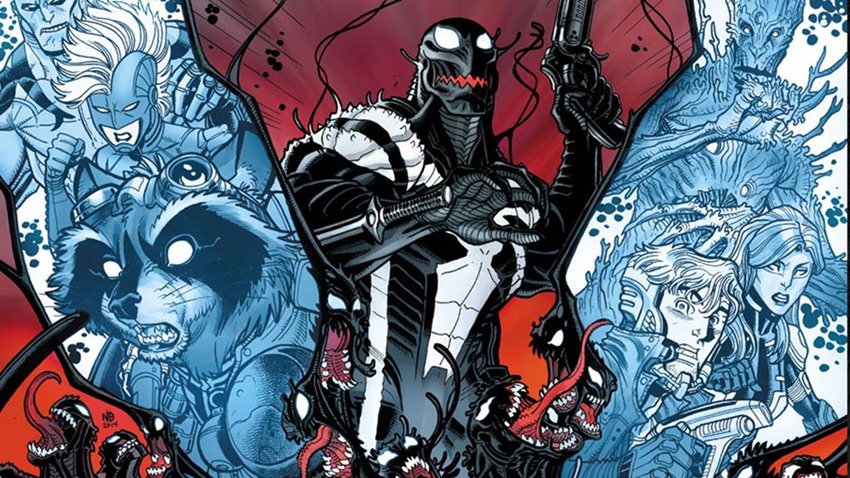 Brock’s adventures as Venom would come to an end and resume again, as he found himself riddled with cancer while the symbiote was adopted by new hosts. Serving gang lords, Spider-Man villain the Scorpion who became a stand-in for the wallcrawler as part of Norman Osborne’s Dark Avengers during the Dark Reign saga, the symbiote eventually served a lengthy tour of duty when it latched onto Spidey fan Flash Thompson.

A soldier who lost his legs in the Middle East, this new Agent Venom would serve not only his country but also his planet as the duo went offworld and joined the Guardians of the Galaxy. The symbiote would eventually return to Brock, who had also briefly assumed the role of Anti-Venom using lingering cells from his parasitic pal, before they were purged from them.

After a brief period of time when the symbiote was joined with former Army Ranger Lee Price, a rejuvenated Eddie Brock freed it from its prison. The original Venom was back and ready to protect the streets once again. And that’s a very brief history of Venom! If you’re looking to do some reading ahead of the film’s release in October, here’s a quick list of fab graphic novels that are well worth a squizz: