Home Comics & Toys Vertigo Comics are coming back with a bang 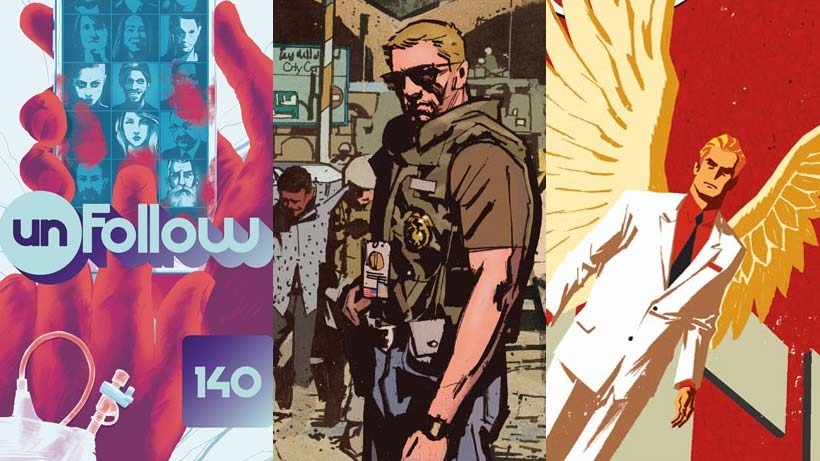 Vertigo Comics used to be where the hottest talent would go in pursuit of writing and drawing stories that weren’t cut from the usual cloth of superhero antics. It’s also an imprint that was home to some of the best comics of all time.

Neil Gaiman’s Sandman. Mike Carrey’s Lucifer. Fables, Hellblazer, American Virgin, DMZ, Y: The Last Man and on and on the list goes. These days however, DC’s flagship brand for adult comic books isn’t as influential as it once was.

Publishers such as Dark Horse and Image Comics have attracted influential creators by the truckload, ushering in new series that don’t have the DC or Vertigo stamp on them. But that situation may turn around soon, as Vertigo is launching a dozen new series at the tail-end of the year.

That’s a ton of talent, right there, with Bond announcing via CBR that the schedule launch would consist of “one title a week starting in October”.

We are going to take you someplace strange.

Here’s a look at the new comics on the way: 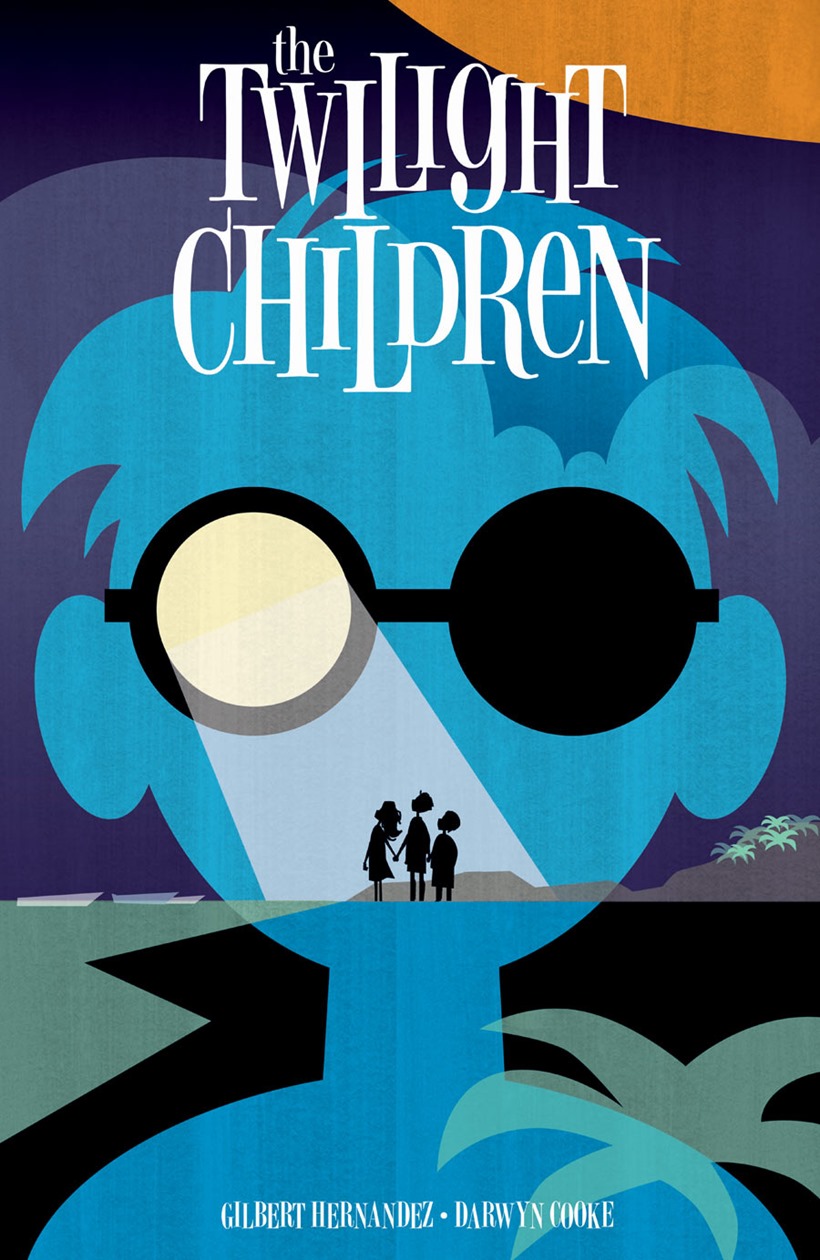 Here’s one title that has some industry legends working on it, in the form of Gilbert Hernandez and Darwyn Cooke. Bond described the team-up between comic legends by saying “just the idea of Gilbert working with Darwyn Cooke — ’nuff said.” Hernandez then described the book as a title with a “David Lynchian, surreal aspect to it. It’s a fish out of water story.” 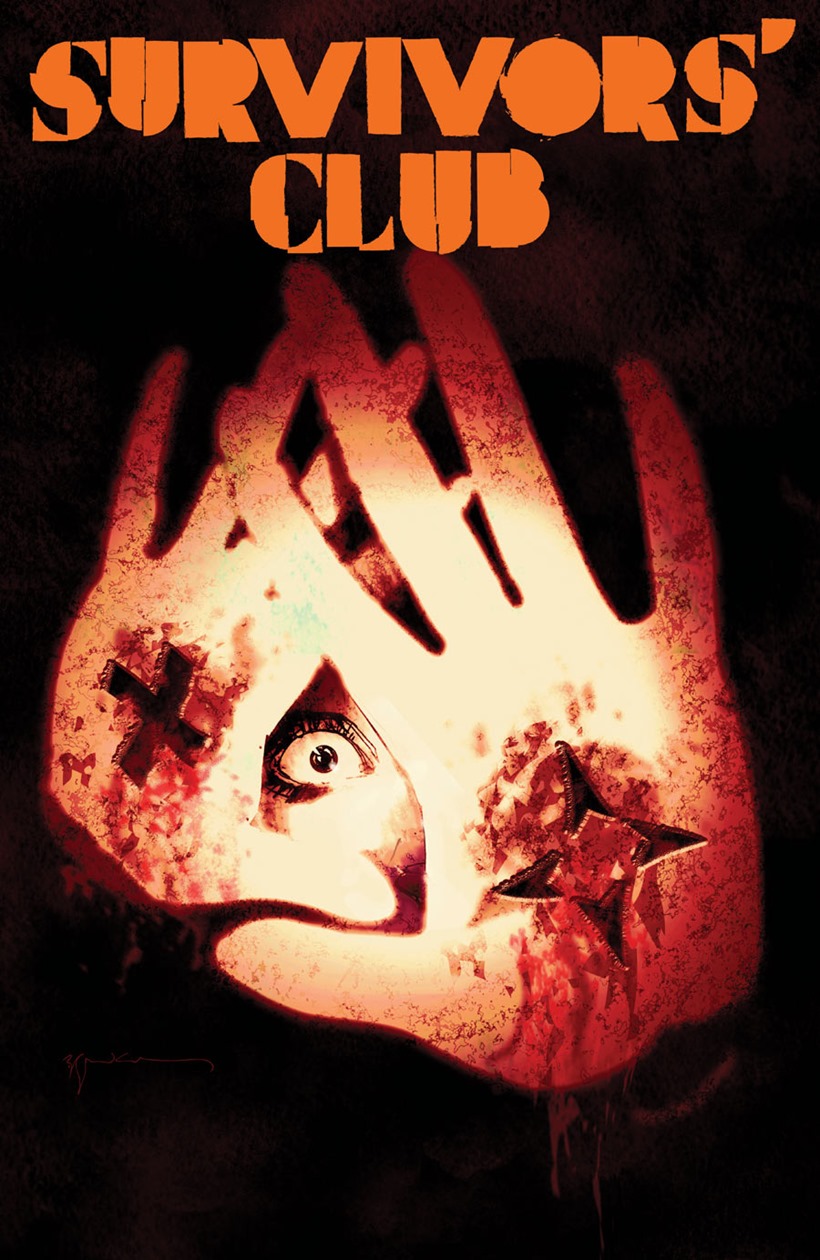 The next title teams up local kickass writer Lauren Beukes with Dale Halvorsen, backed up by art from Ryan Kelly and covers by comic book legend Bill Sienkiewicz. Bond described this title as “a really creepy horror book that answers the question of what would happen if the kids from a slasher movie live to tell their story.” 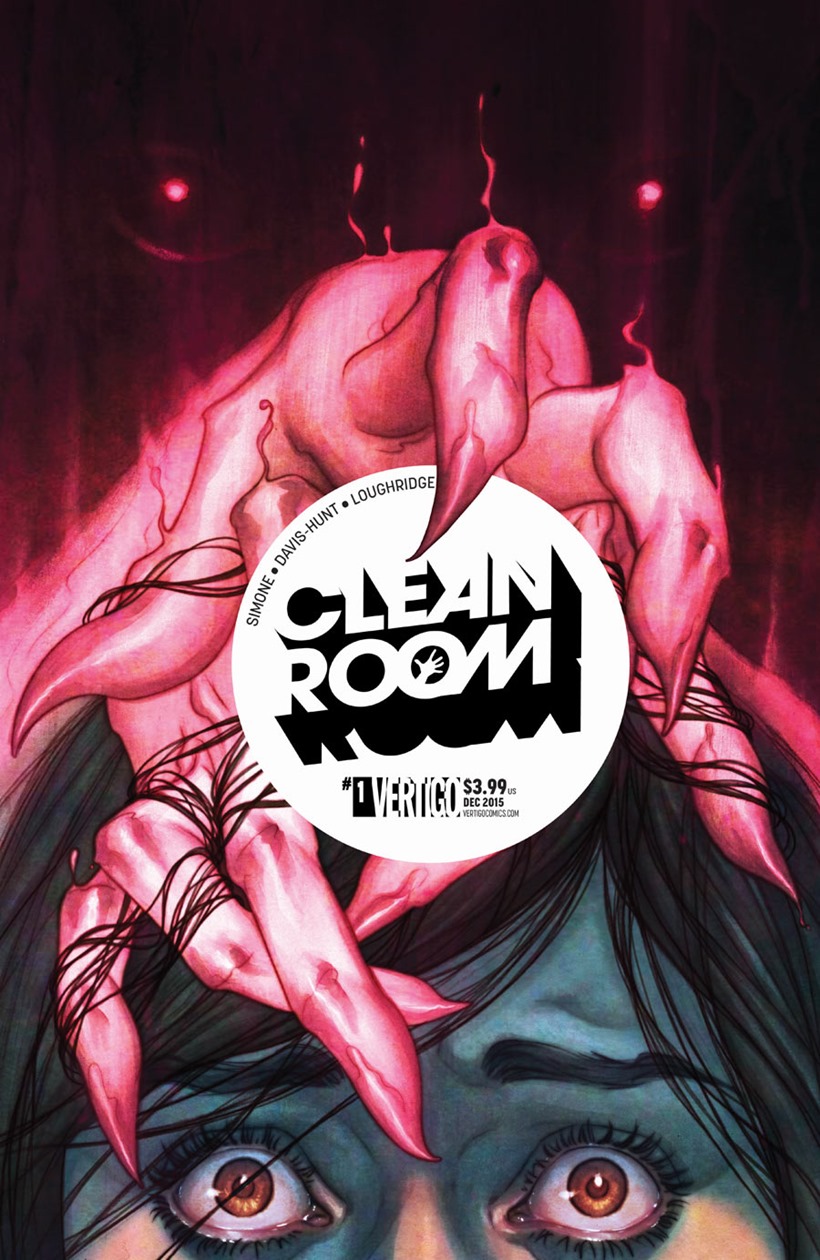 Book three that was announced, was Clean Room. Written by Gail Simone and with art from Jon Davis-Hunt, Bond said that Clean Room is “the kind of book that when you start reading it, it will freak you out.” 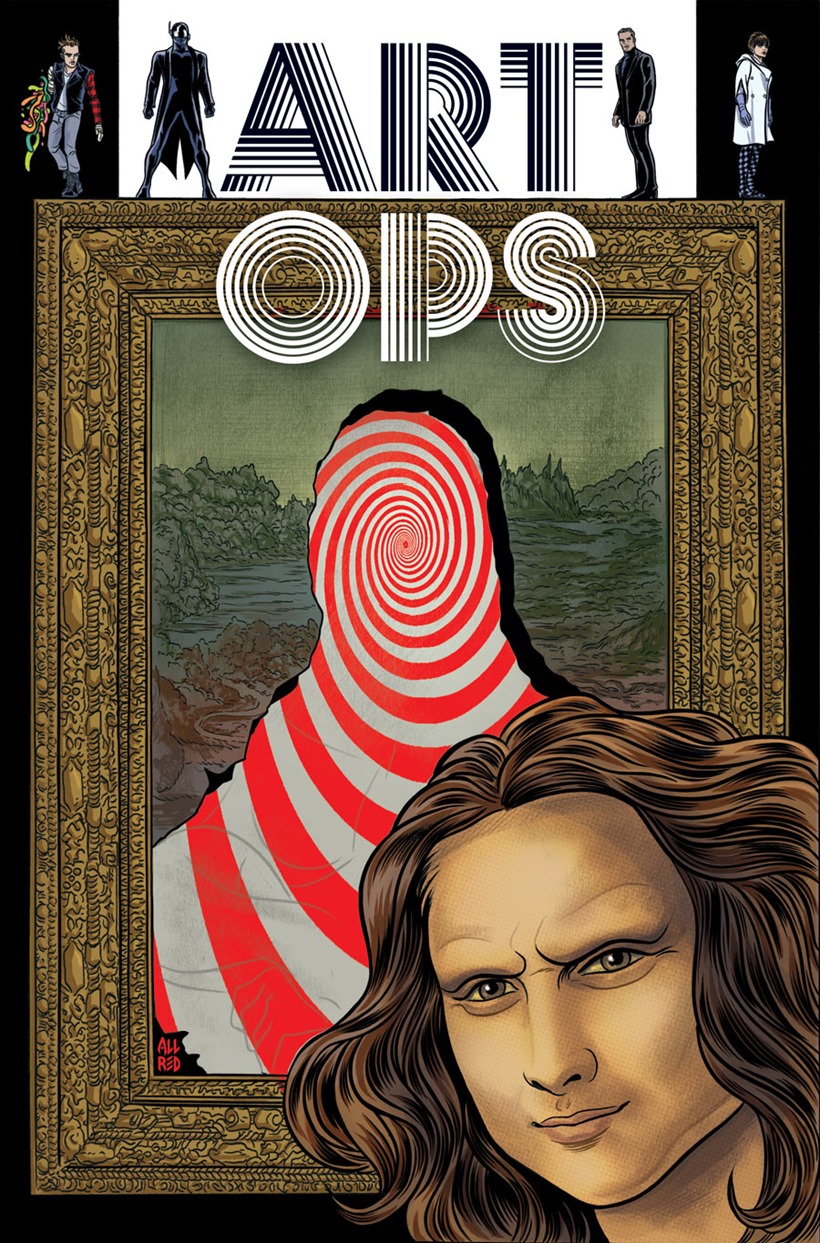 Drawn by Mike Allred and written by Shaun Simon, Art Ops follows a team of specialists who hunt down prison artwork and free it. “I equate it with what Grant Morrison did many years ago on ‘Doom Patrol,'” Bond said. “This is the new Vertigo team book.” 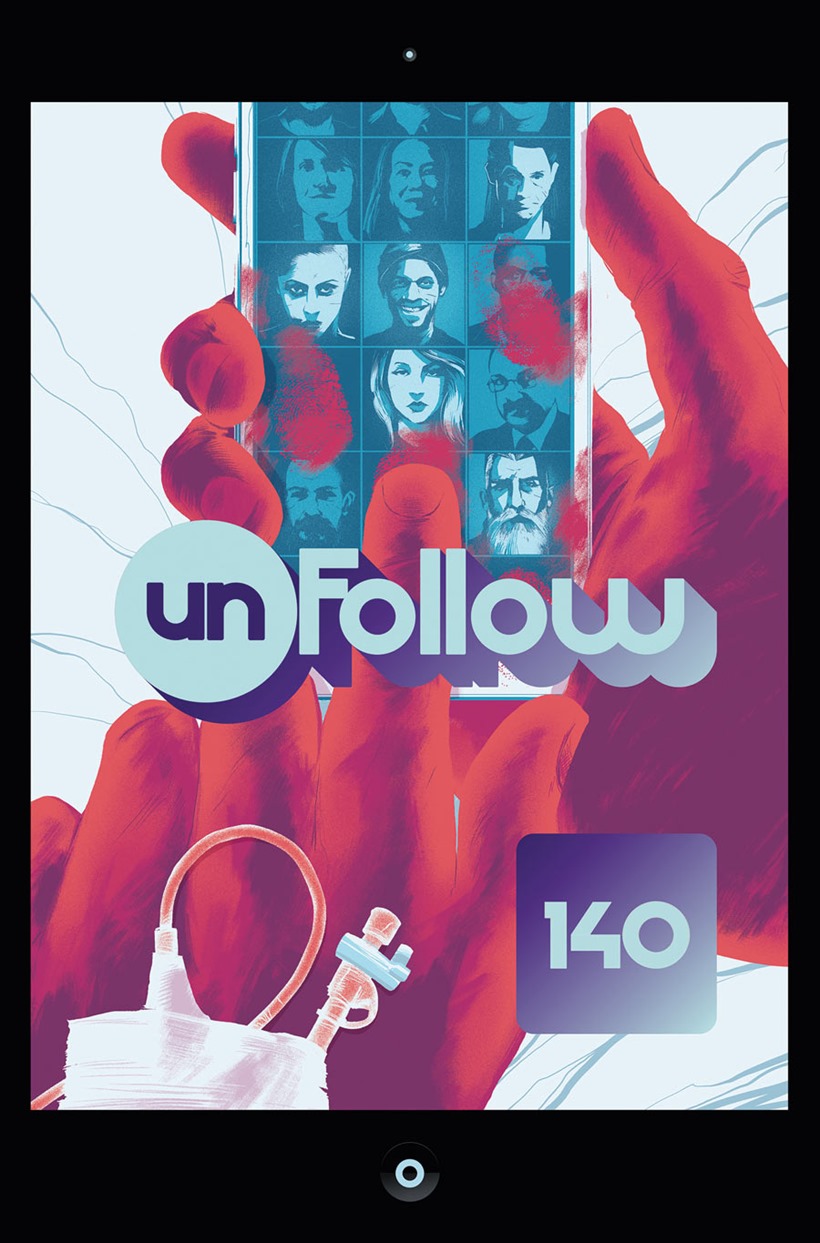 By Rob Williams and Mike Dowling. As Bond explained, Unfollows is “an amazing story about a billionaire who creates a Twitter-like app. He is dying and decides to leave his billions to 140 random strangers who lie,cheat, stalk and kill. The more they murder, the more money they inherit. It’s a look at social media and man versus nature.” 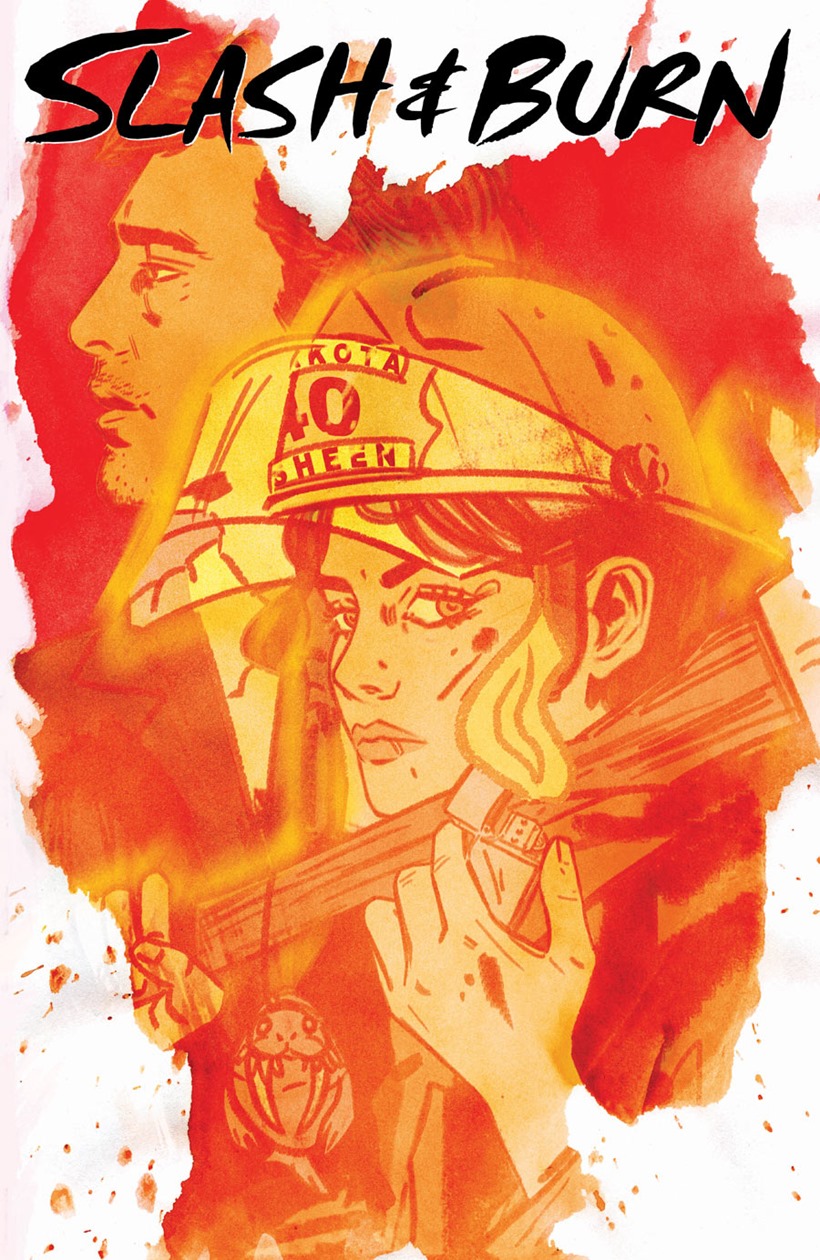 Si Spencer, Max Dunbar and Ande Parks handle this title which deals with a “pyromaniac who fights her addiction by becoming a firefighter. It’s a story about overcoming desire,” Bond said 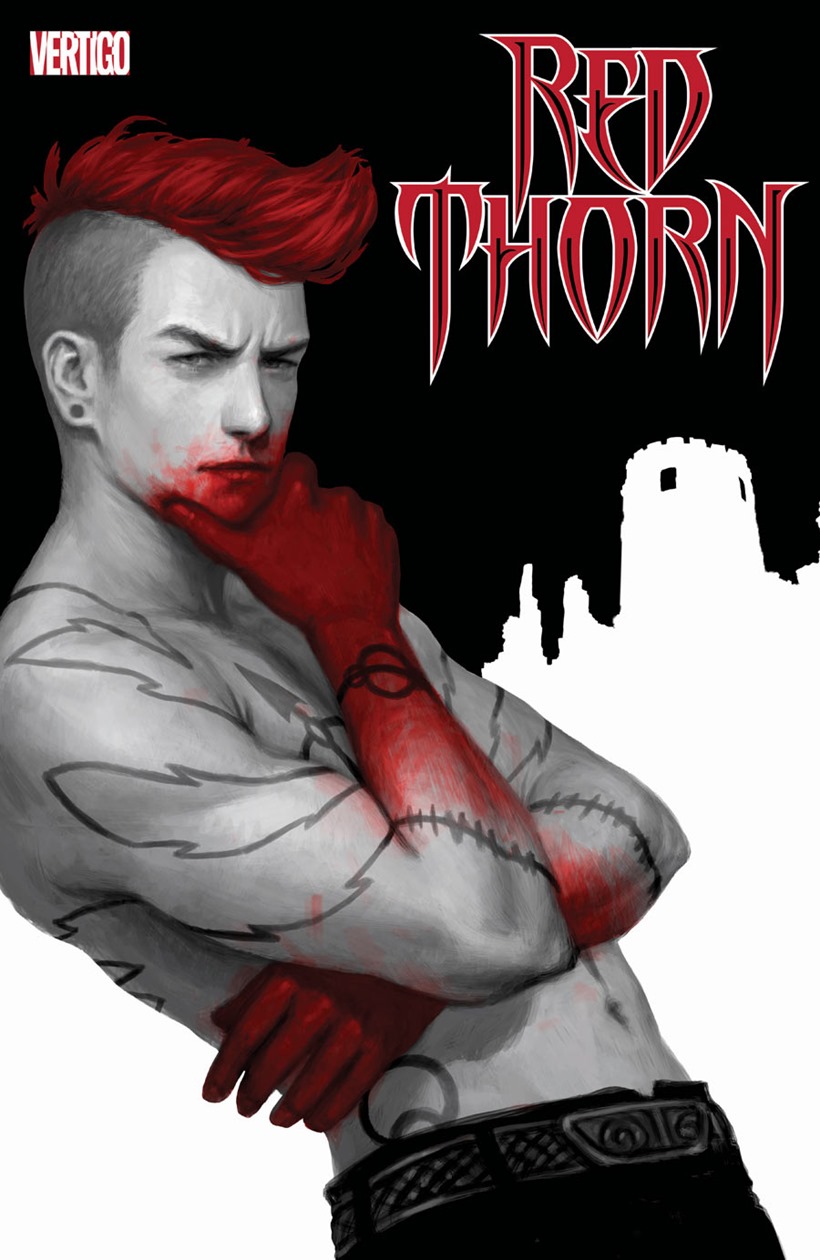 A new series that will “satisfy that gaping hole in your heart” when Fables draws to a close, and handled David Baillie and Meghan Hetrick. It’s all about “a swaggering demigod named Thorn who is freed from an eternal prison and now walks the Earth,” Bond said. 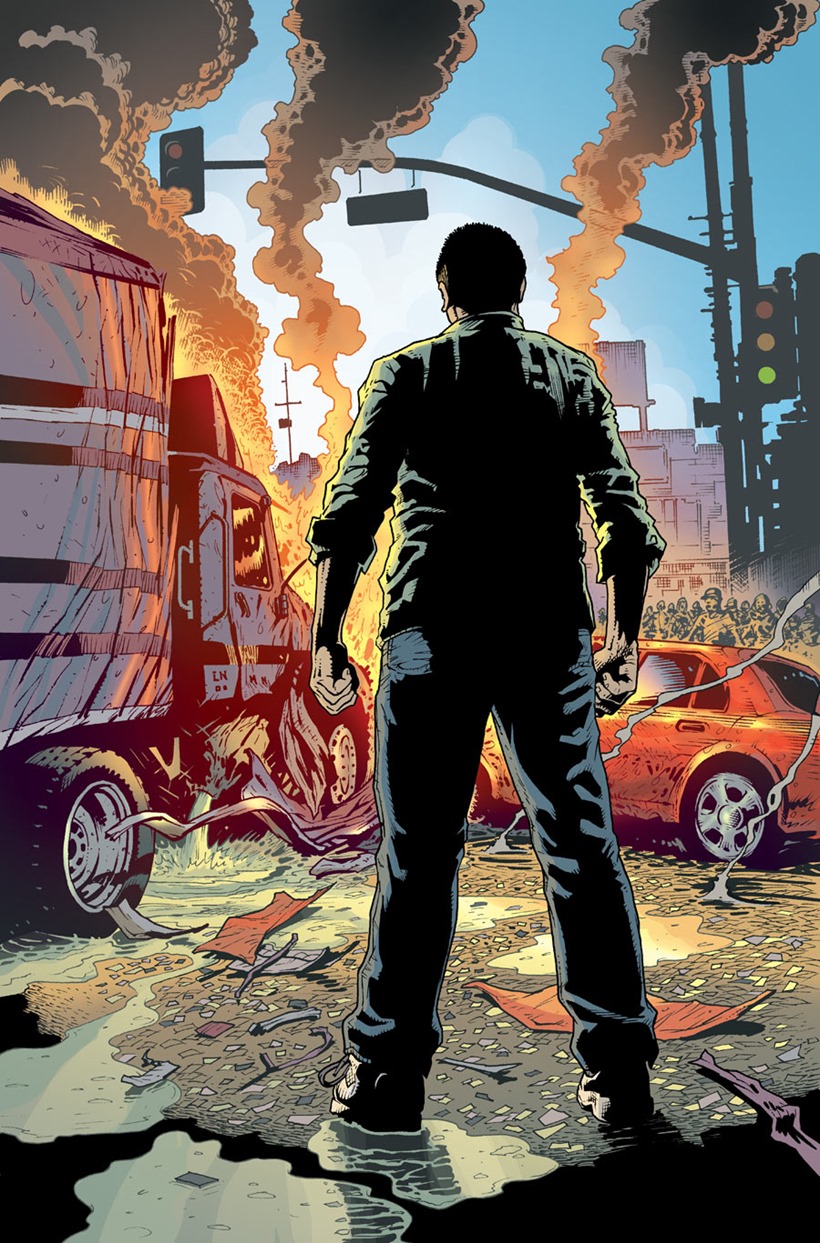 From Supernatural writer Eric Kripke and artist John Higgins, Jacked was described by Bond as “a guy going through a middle crisis who orders a pill online. He not only becomes addicted to it but he gains super strength.” 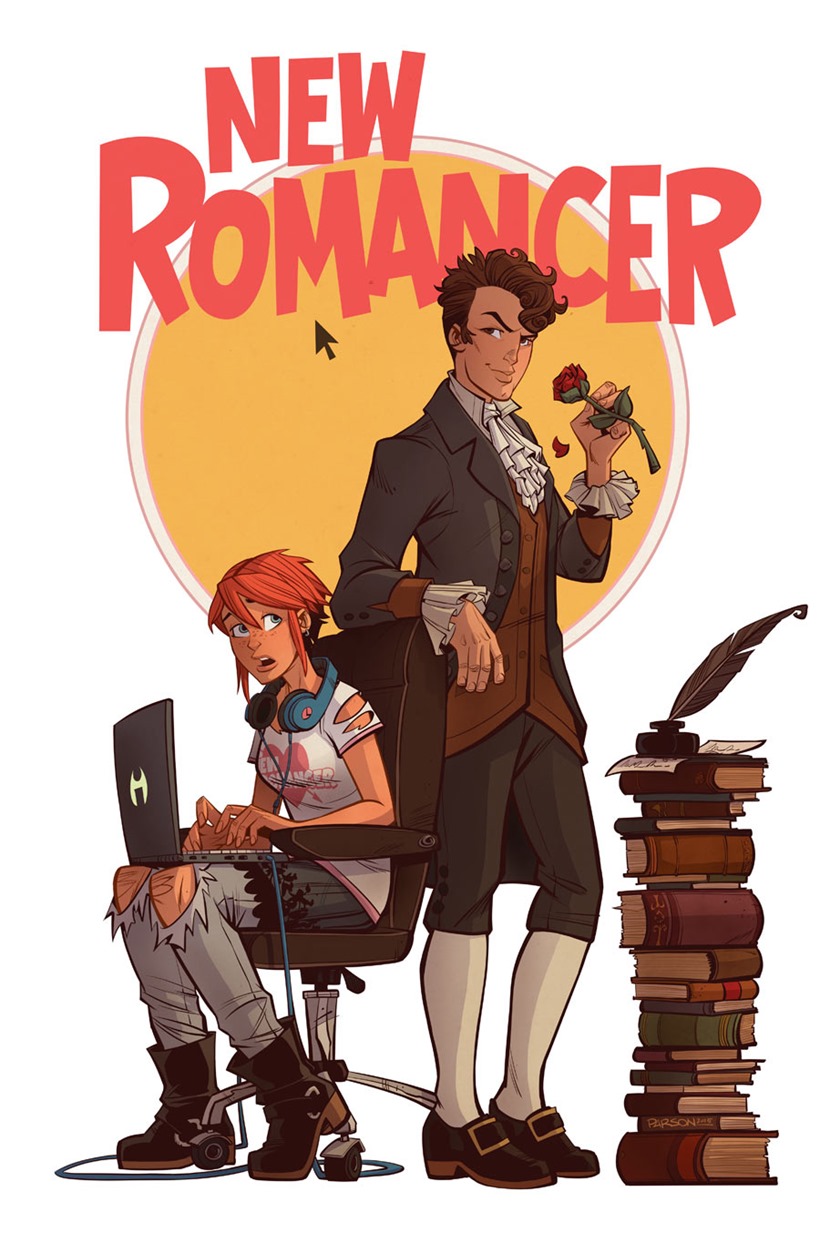 Peter Milligan returns to Vertigo, alongside artist Brett Parson for a tale that Bond described as “Vertigo’s first paranormal rom-com”, a series about an awkward coder who creates a romantic algorithm on the poetry of Lord Byron. This somehow resurrects the infamous scribe in our century.

It’s Peter Milligan like you’ve not seen him in a long time — he has that literary bravado that he showed in ‘Shade’ and ‘Enigma. 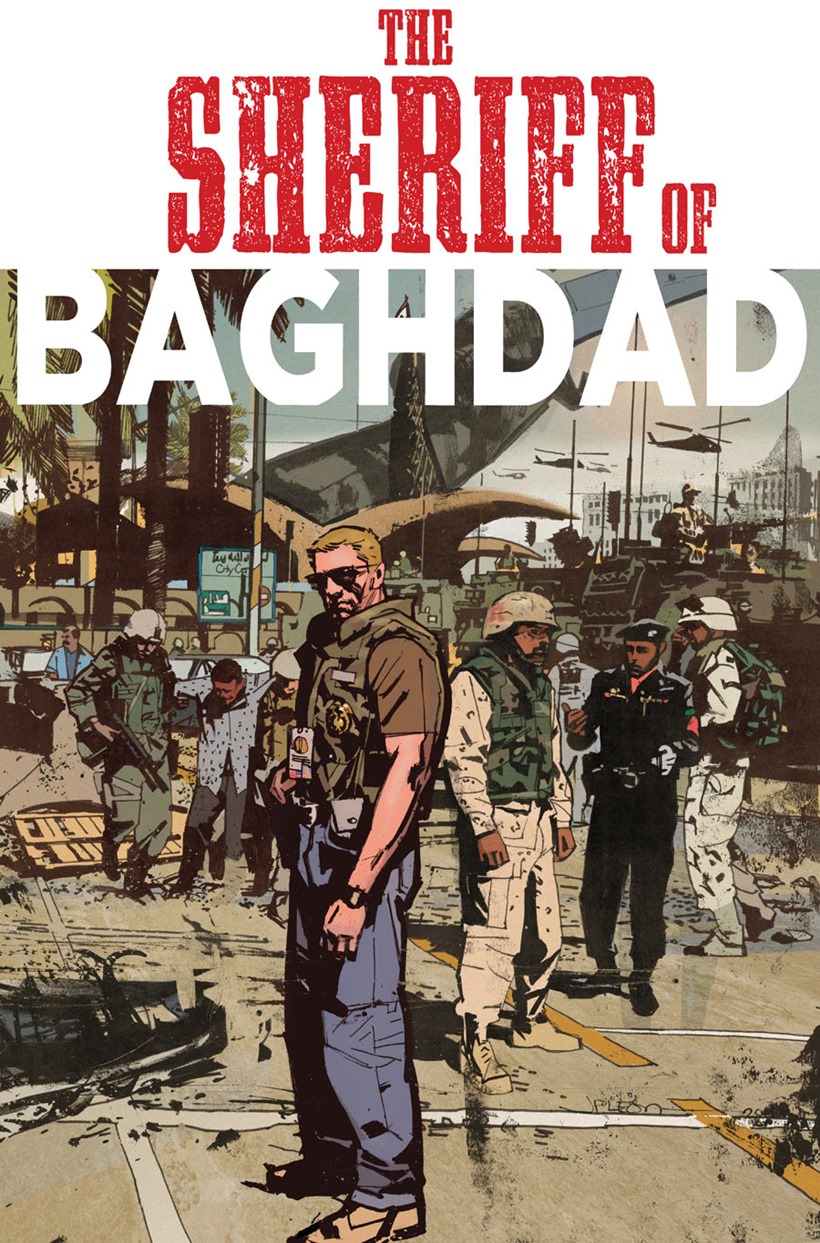 Tom King and Mitch Gerads will take charge of this December title, which reflects the period of King’s life where he wanted to fight the Al Qaeda threat to the US after the events of 9/11, and ended up joining the CIA in Iraq. “I’ve been a writer for lots of years,” King said.

But I’ve never written about that experience, about what happened, what went wrong.

King added that his new book will be a “crime series like ‘Preacher’ and ‘Scalped,” and feature a main character that is a Sunni and Shia politicion who finds herself working for the CIA. 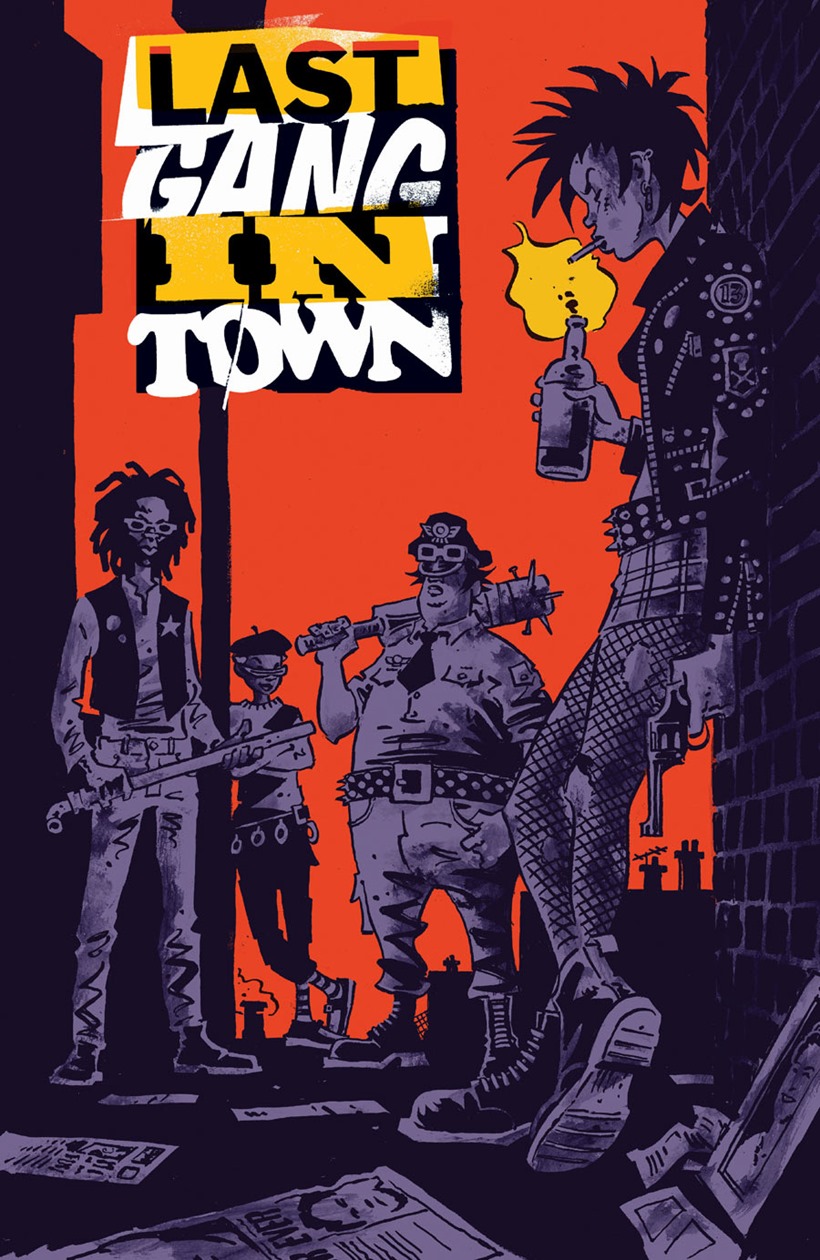 I wanted to add the dark ethos of punk in a way we haven’t seen before. This group feels they are the last game in town because no one steals anymore, everything is white collar crime.

He’ll be joined by Rufus Dayglo, who’ll handle art duties on a series that has a “Behind the Music” feel”. 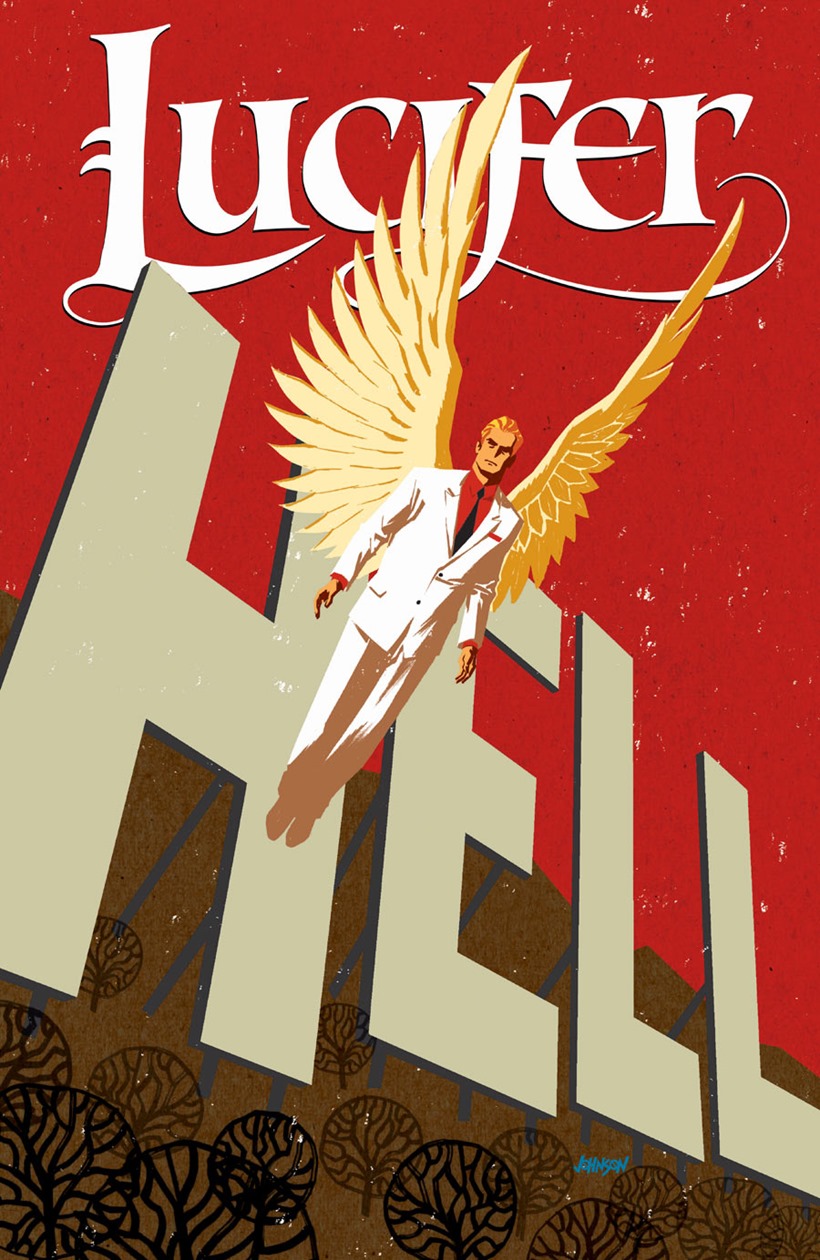 With a TV series on the way that has little to bugger all connection to Mike Carey’s cult-favourite run on the Sandman character, expect a new series that will shoehorn the infamous fallen angel into a new role as a bored immortal who helps solve crimes for fun.

“The connection between TV series and the comic will be Neil Gaiman, who introduced the character in the pages of ‘Sandman,’ which continued in a 70-issue run by Mike Carey and Peter Gross,” Bond said.

We decided to go back to Gaiman’s concept and take it to a different place. We are taking Lucifer out of hell and into Los Angeles.

Hey, if it’s an alternate take, I’m all for it. But don’t bring Lucifer back in a move that will ruin one of the best final issues in all of comic book history. Holly Black and Lee Garbett will take charge of this series.