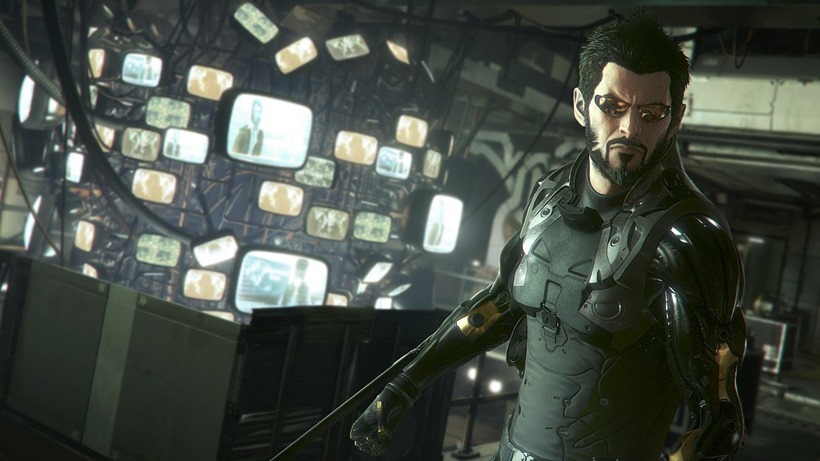 Gamescom really is like one big hands-on session for E3. A lot of what we got to see and not touch at the American Trade Show was all fair game at the conference in Cologne, albeit with a few exceptions. One of those glaring omissions was Deus Ex: Mankind Divided. And while we didn’t get to play the game, we did manage to catch up with Eidos and chat all about their upcoming sequel.

Speaking to Producer Olivier Proulx, we dug deep into Mankind Divided’s similar but different narrative. While Human Revolution marked the golden (but crumbling) age of Augmentations, coupled with an all too clear social divide they caused, Mankind Divided explores the aftermath of their fall. Humanity fears the augmented, pushing them into ghettos while they too struggle to survive. Jensen, carrying that on the nose, prophet-like stature, is again in the middle of both sides.

Again, he didn’t ask for it.

Mankind Divided also improves combat in meaningful ways, but really doesn’t make it an emphasis in terms of how you play. Jensen will have all sorts of new augmentations to help in in a firefight (like a body encasing shield and nano blades that can now be used as projectiles), but the game is still very much rooted in its stealth heritage. With Mankind Divided, Eidos just doesn’t want to corner players into a singular play style. Vents are still there to be explored, but a frantic shootout is also just a little more comfortable to engage in now too.

You will, however, still be limited in some regards, especially when it comes to boss fights. Citing a little bit of miscommunication, Proulx explains how conversations aren’t actually a viable means to dispatch (or circumvent) pivotal boss fights. While you can avoid them altogether by sneaking, simply engaging enemies in a bit of banter won’t make them not want to rip Jensen’s head from his shoulders. No matter how much you’ve upgraded that charismatic voice box augmentation. It’s just not that type of game.

What Mankind Divided is, however, is another step forward in the series Eidos is carving out of the classic franchise for themselves. There are currently no plans to force Jensen to catch up with the original Deus Ex characters, even though his tale preludes it. This is very much his story and the way Eidos want to tell it, and Mankind Divided is shaping it up rather nicely.