New York, 1896. It’s a city of extremes: vast wealth and gruelling poverty are close neighbours, while technological innovation and backwards tradition are left to rub shoulders awkwardly. It’s also bleak. Corruption is rampant, life is cheap and dreams dwindle. And in this gritty setting, we find the titular alienist, Dr Laszlo Kreisler, on the trail of a serial killer.

If you’re unsure of what an alienist is, or you didn’t watch the trailer, the term alienist was the forerunner for a psychologist. Before psychology had a name, people believed that those with mental disorders were “alienated from their own true natures”. 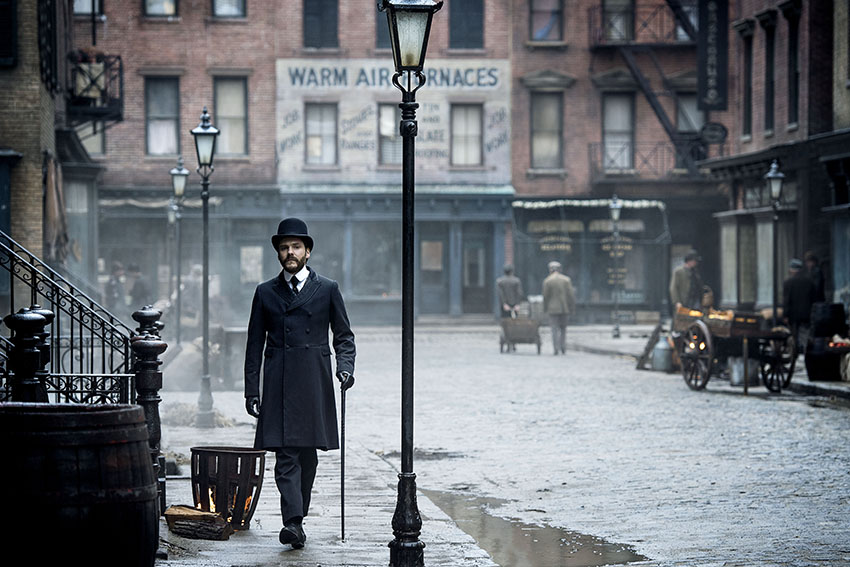 Based on the best-selling book by Caleb Carr, The Alienist is a slow show to get going, but what will probably get you hooked is the setting. Presenting a seldom-seen version of New York from yesteryear, it’s like Manhattan by way of Penny Dreadful. So much so that I half expected the cast to speak with British accents. Visually grimy and harsh, The Alienist seldom flinches from showing you the seedy underbelly of crime, injustice, and of course the graphic violence and sex that seems almost mandatory in TV shows nowadays.

But back to our serial killer. Leading a special investigation into the murders of young male prostitutes is the aforementioned Dr Laszlo Kreizler (Daniel Bruhl), a specialist in abnormal and criminal behaviour. He’s dark, moody, intense and brilliant to a painfully characteristic degree. Joining and contrasting Kreizler as the yardstick for normal is ladies’ man and newspaper illustrator John Moore (Luke Evans), alongside “the first woman ever employed by the New York Police Department” (as a secretary) Sara Howard (Dakota Fanning). 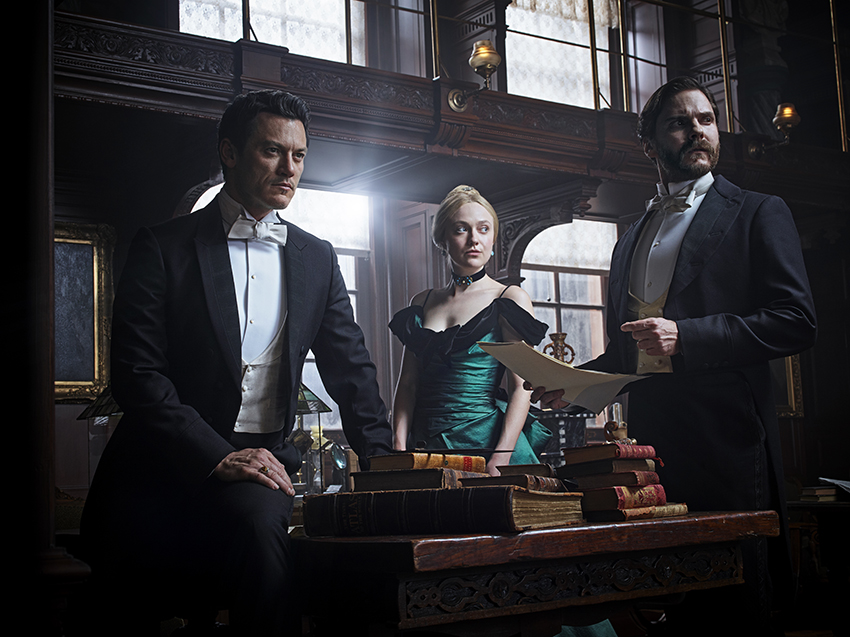 If the plot sounds clichéd, that’s because it is. Strip away the visuals and the setting and all you’re left with the same kind of story that’s been done countless times before. One that the show will walk you through with painstakingly obvious motivations. See, the problem is that The Alienist thinks it’s smart and wants you to know just how smart it is. It’s not going to be subtle and let you miss a clue when it can smugly point it out.

You can tell that The Alienist wants us to swoon over Kreizler as a young, good-looking Sherlock Holmes-esque character filled with idiosyncrasies and obsessed with his work. We’re meant to root for Miss Howard and cheer whenever she gets one over on the chauvinistic jerks for whom she works. We must be sickened by the gruesome murders, roll with the randomly included sex scenes, go here, do this, feel that. The Alienist leads you by the hand throughout, with a predictability that is both tiresome and patronising. It’s slow to start and slow to continue as everything is hashed out and rehashed and picked over again and again. 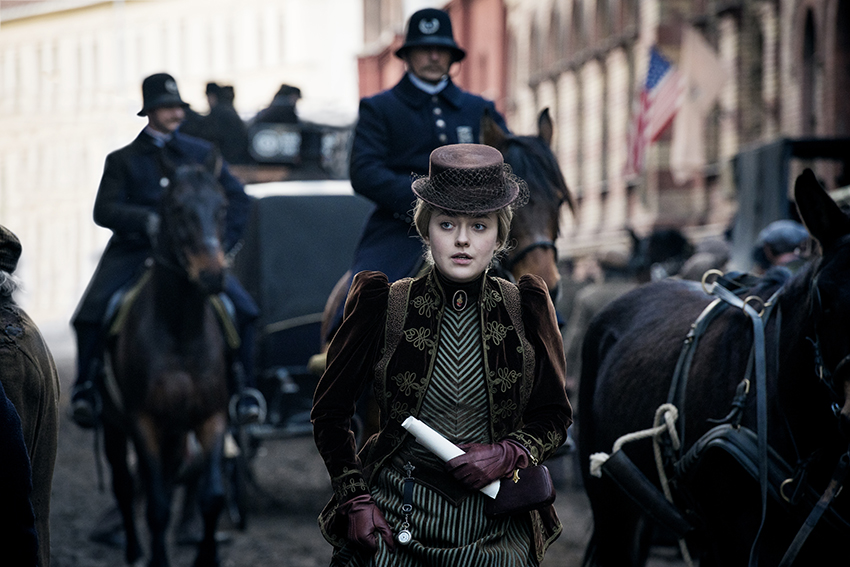 Where both Bruhl and Evans, along with some of the side characters, work as well as they can with the stilted script, Fanning is honestly a let-down. She doesn’t match Bruhl’s dramatic weight or Evans’ comfortable ease, and every time the camera focusses on her, she looks stiff and awkward.

To be fair, I’m sure it doesn’t help that every conversation between any of the main characters is so heavily melodramatic that it must be exhausting to try and keep up. There’s barely a moment when Something Important isn’t happening, and because it needs to be telegraphed in such a painfully obvious way, everyone suffers through exposition dumps at least four or five times an episode. 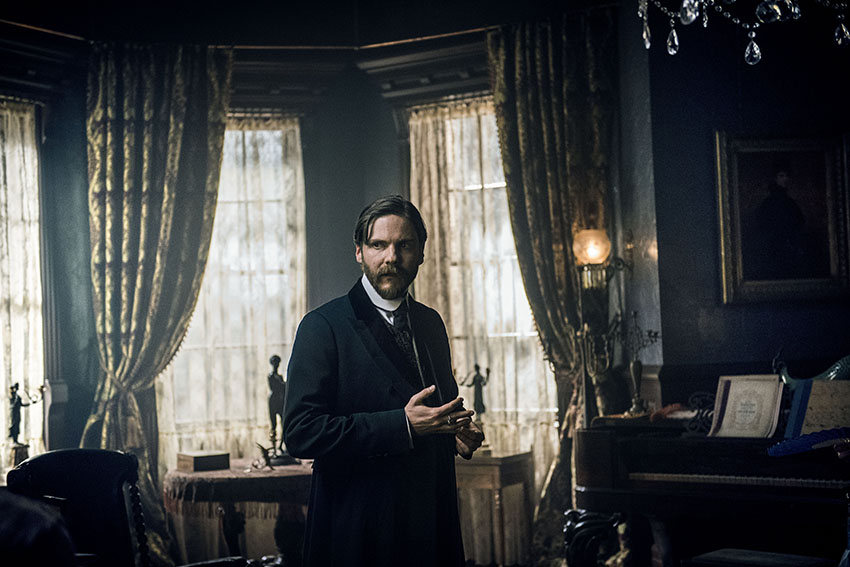 Thematically, The Alienist wants to be progressive and boundary-breaking, but it would feel so much better if it weren’t so transparent. Every twist and turn is obvious, every conversation histrionic and filled with clichés. At one point, Kreizler has a very long monologue about occupying the killer’s mind and going into the same dark places he does, stating:

Only if I become him … only then will I come to understand what I truly am. I must see life as he sees it, feel pain as he feels it…

And oh just shut up already! That would all be very theatrical if it hadn’t been done a thousand times before. Unfortunately for The Alienist, rewinding the clock to the 19th century doesn’t erase the countless hero-thinks-like-the-villain criminal profiling TV shows and movies that came before it. 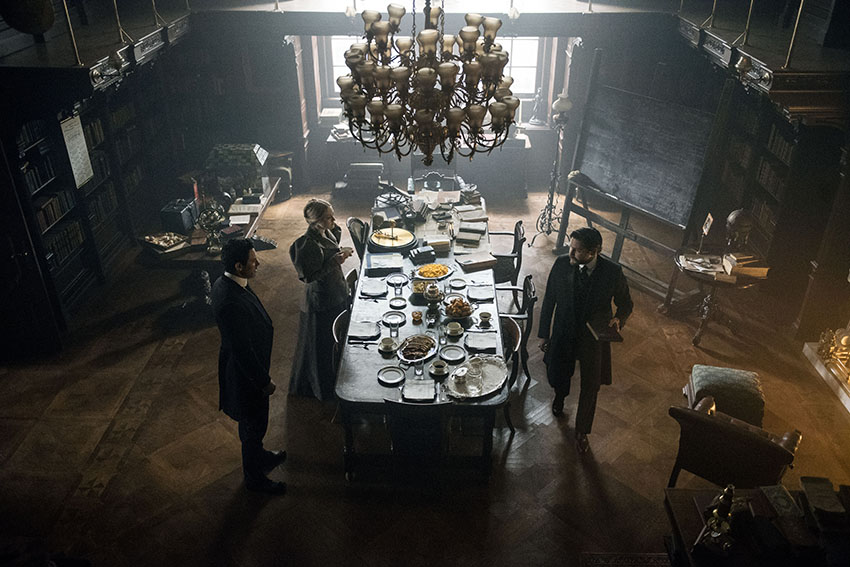 To be fair, The Alienist isn’t a complete disaster. It’s clunky and obvious but it’s also weirdly compelling in its own Hannibal-meets-The-Age-of-Innocence kind of way. The unusual setting draws you in as already mentioned. And it certainly doesn’t hurt that at all times The Alienist looks and feels authentic. Unlike the recent Altered Carbon, for example, which had the whiff of a budget-constrained weekly TV show about it, The Alienist feels at all times cinematic. Movie stars, comprehensive sets and lush costuming; there is nothing cheap-looking about the series, and it helps to hook the audience despite so many other shortcomings.

This said, based on the first five episodes that Netflix provided for screening purposes, I honestly don’t know if I’ll be watching the rest of The Alienist when it comes out. Truthfully, it’s up in the air for me. While the setting has me admittedly hooked, I already have an excellent idea where the series is going, because it all but told me how to get there.