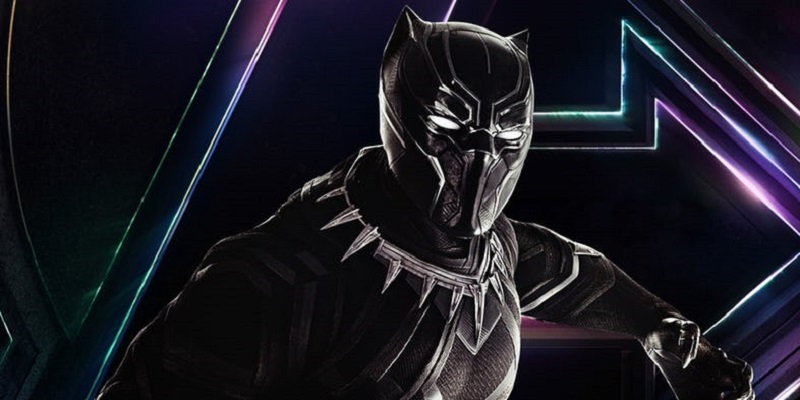 The following article contains spoilers of Black Panther and some other MCU movies, which means for the three of you that haven’t seen them, please don’t read. For everyone else, as you were.

While most of the Critical Hit movie writers got to see Black Panther a little earlier at press screening, I couldn’t make the one in Cape Town and so had to be content with watching it this weekend past like the rest of you. However, after having watched it, I can only share the sentiments of everyone else that it is truly excellent. And not just an excellent Marvel film, but an incredible film in its own right. Which probably explains the massive success the film is getting at the box office as audiences are not only relating to the African tale that is told, but just incredibly excited that it offers something truly different to the movie world.

There was one thing though that did disappoint me about the movie and it had little to do with the actual events of the movie itself, but rather what it didn’t contain: The matter of the last Infinity Stone. With the next film in the franchise being the incredibly massive Avengers: Infinity War, which is set to feature the villainous Thanos getting control of all the Infinity Stones, it was hoped that we would at least get to see all of them before that movie came out. And indeed, we have seen most of them – except the Soul Stone has yet to turn up.

The first stone is the Space Stone (Blue), which has perhaps been featured most often in all the films. It first appeared in Captain America: The First Avenger as the Tesseract, which Hydra was using it for experiments. It was captured by SHIELD, stolen by Loki in the first Avengers film and turned up again most recently in Thor: Ragnarok.

Then we have the Mind Stone (Yellow), which came from the tip of Loki’s sceptre in that first Avenger’s film. It was recaptured by Hydra in Captain America: Winter Soldier, used to awaken powers in Scarlet Witch and Quicksilver before landing up as the source of Vision’s existence in Avengers Age of Ultron.

The other stones featured a lot less prominently though, with The Reality Stone (Red) appearing in Thor: The Dark World, known as Aether and used as a weapon by Malekith and eventually landing in possession of the Collector. There was The Power Stone (Purple), which was one of the main plot drivers for the first Guardians of the Galaxy movie and lastly the Time Stone (Green), which featured in Doctor Strange where it was bound to a pendant and used to alter the course of time.

The Soul Stone, which should be orange in colour based on the process of elimination, has yet to pop-up anywhere and knowing that it now doesn’t appear in Black Panther – many suspected Wakanda would possess it – means that it will inevitably only be unveiled in The Avengers: Infinity War itself. I guess keeping something as a secret for that big film is not entirely a bad thing. 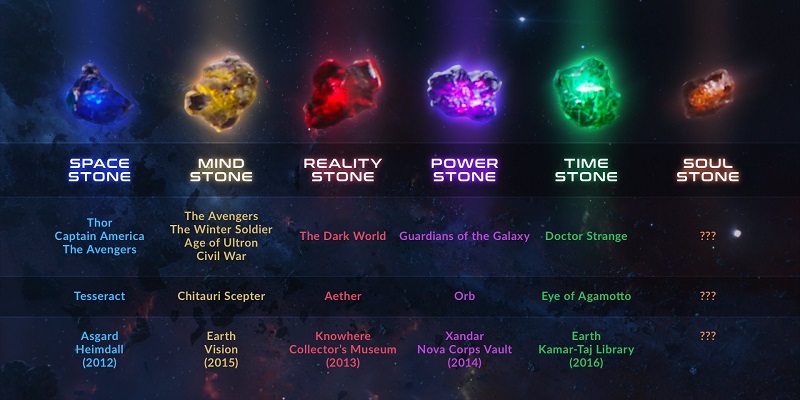 Still, the question needs to be asked as to why they didn’t decide to unveil the last Infinity Stone in Black Panther. Director/writer Ryan Coogler spoke about this in an interview with IGN, revealing that it was all because they felt that with Wakanda’s sought after vibranium on display, the story already had its big MacGuffin and that adding in an Infinity Stone would’ve just complicated the story further:

I love the Infinity Stones as much as any comic book fan, it’s just Wakanda already has its thing, which is Vibranium. For us, that was special enough, so to throw in something like another special thing didn’t feel right. It felt like we should stick with our one MacGuffin for the country and explore that, let that be the important thing because, frankly we didn’t need to have another piece like that. [Marvel Studios] never really was interested in putting a stone in there, either.

It makes sense when you think about and while I am a little disappointed that I now have to wait until May to see where the final Infinity Stone turns up, I think the Black Panther film is all the better without it. Either that, or Marvel has actually revealed it previously in the franchise and I’ve just missed it completely.