Surprising. If there was ever one word that could be used to describe The Cloverfield Paradox, that would be it. Surprising. This is par for the course though when it comes to the JJ Abrams-produced Cloverfield franchise. The 2008 original film first grabbed the world’s attention when it debuted as a mysterious title-less trailer ahead of Transformers and then kicked off an enigmatic viral marketing campaign that had film nerds scrambling for clues. Nobody knew what the hell it was (thanks to some misheard dialogue, some thought it was a live-action Voltron movie), but what it ended up being was a fantastic found-footage creature feature that introduced the wider world to the incredible talents of director Matt Reeves and writer Drew Goddard. 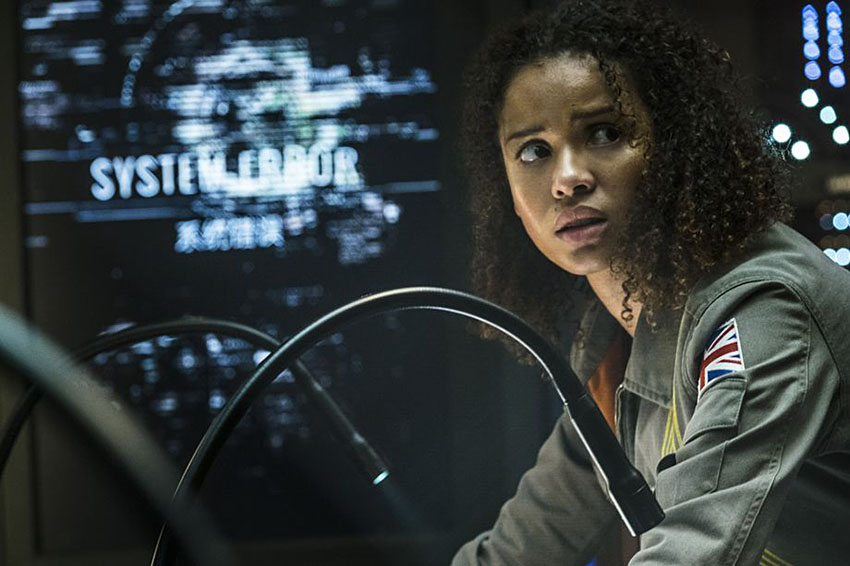 Fast forward eight years and the Cloverfield franchise would surprise us again. A low-budget spec script for a film called The Cellar had been in circulation and finally production in Hollywood for years, but it was Abrams and his Bad Robot Productions who saw the potential for something bigger. Hiding under a slew of codenames director Dan Trachtenberg’s little film was basically completed in secret and in January 2016, 10 Cloverfield Lane was revealed to the world for the first time, just two months before it actually released in cinemas. Billed as a spiritual successor to Cloverfield, this two-hander potboiler had nothing to do with the events of the previous film, but it too was damn good, boasting arguably the greatest John Goodman performance ever.

Since then we had heard all kinds of rumours for what the Cloverfield franchise would give us next, with another sci-fi spec script titled The God Particle supposedly being reworked to be the third film to be released later this year and a WWII supernatural thriller titled Overlord being eyed for the fourth film in 2019. At least that’s what we believed before this weekend past. In a twist that would make Keyser Soze proud, the trailer for The Cloverfield Paradox aka The Film Formerly Known as The God Particle was unveiled at Super Bowl, revealing that the film would not be getting a theatrical release but had been picked up by Netflix. What’s more, it would be premiering on the streaming service just an hour later – Netflix had seemingly pulled off a coup of unprecedented proportions.

So yes, The Cloverfield Paradox is a surprise. But what’s most surprising about it though, is that unlike its predecessors, it’s really not a good movie.

Boasting a cast more talent-stacked than any of those previous entries in the franchise, The Cloverfield Paradox sees Gugu Mbatha-Raw, Daniel Brühl, David Oyelowo, Elizabeth Debicki, Chris O’Dowd, Zhang Ziyi, John Ortiz and Aksel Hennie as a group of scientists aboard a space station orbiting the Earth in the near future. A future filled with the very real potential of a brutal world war as a crippling global energy crisis intensifies. The last remaining hope lies with the crew of Cloverfield Station as they prepare to fire up the largest particle accelerator ever constructed to try and produce a new renewable energy source.

Not everybody is in favour of their experiment though – the very reason it’s being done in space is because of how dangerous it is. So dangerous that some critics fear it could rip apart the very fabric of reality itself. And SURPRISE!, something does indeed go catastrophically, reality-alteringly wrong when the crew of Cloverfield Station fire up their experiment. 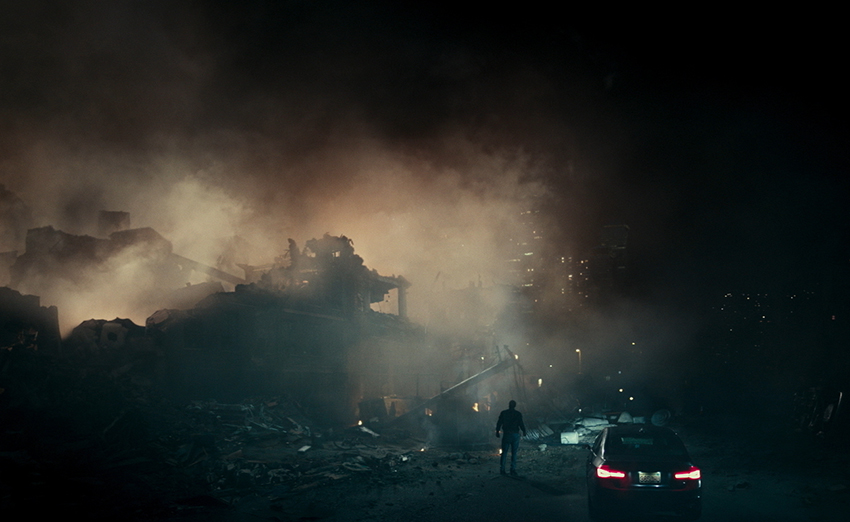 Okay, maybe that’s not really a surprise as you will also quickly realize that The Cloverfield Paradox pulls heavily and poorly from far superior movies. Alien, The Thing, Another Earth, Gravity, Event Horizon, Armageddon, heck even The Addams Family, and more are all in here! But these discordant bits of borrowed ideas are just haphazardly bundled together in head-scratching fashion, with nothing more than a seemingly randomly collected theoretical science word salad being tossed out every once in a while as a means of explaining how they can exist in the same movie.

Screenwriter Oren Uziel and director Julius Onah do admittedly spin up a very intriguing central premise, allowing for some really creepy and horrific goings-on to happen aboard the Cloverfield Station. However, as the story progresses there’s a fair chance that you will unravel this rather unsurprising bigger mystery way before the actual trained scientists in the movie do. Or maybe you won’t, seeing as the film’s slew of admittedly visually striking weird-out events don’t just fail to make sense in the slightest based on what’s actually happening, but they’re never addressed by the time the credits roll either. 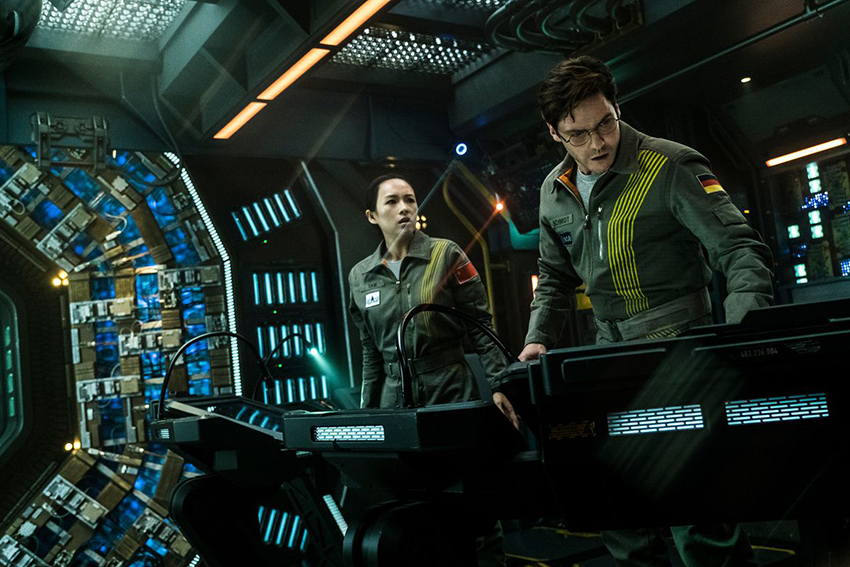 The problems start way, way before we get to that point though. In fact, they’re there right from the very beginning of the film’s opening scene. Or rather, scenes. In another surprising move, The Cloverfield Paradox feels like it’s repeatedly starting, over and over again, for the first 15 minutes or so thanks to some spectacularly clumsy editing choices. Those fumbles continue throughout, making this feel like this movie was actually originally designed to be something else, but then was forcefully shoe-horned into another direction. Oh, wait. That’s exactly what it is!

You can clearly see where The God Particle ends and the Cloverfield universe begins here. Characters occupy huge swathes of screentime and go on pointless story arcs for no other reason than to nudge and wink at the audience with callbacks to previous films. Yes, as advertised, The Cloverfield Paradox is actually offering a possible way of tying together previous films despite them all existing in their own continuities, and that level of ambition is certainly commendable. However, this ambition is executed with the subtlety and finesse of a towering monster stomping through a city (ironic, as the first film was about a towering monster stomping through a city, and it basically runs on subtlety and finesse). 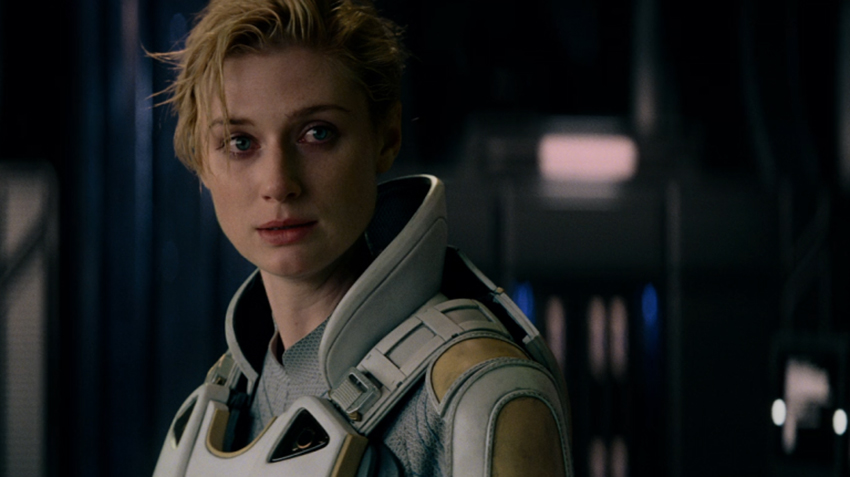 These failings are certainly not the fault of the deep bench of actors who give expectedly strong performances across the board though, despite the fact that it’s essentially only Gugu Mbatha-Raw’s communication officer Ava Hamilton that gets anything in the way of an actual character (Everybody else in this diverse crew is just a nametag on a spacesuit with an accent). So too the film’s production design and sound work are top notch, and veteran cinematographer Dan Mindel turns in gorgeous work so that this looks and sounds every bit like a big-budget tentpole blockbuster despite only boasting a relatively miserly $45 million price tag.

The problem comes in the film’s serviceable content from a clearly outmatched creative team, which leaves it feeling like the pilot episode of a TV series that will eventually get around to addressing all those weird things if it’s totally generic seen-it-before sci-fi antics doesn’t get it cancelled in the first season. And really, even with the faceplant failure of filmmaking fundamentals, that’s the biggest issue here. When you divorce The Cloverfield Paradox from its franchise history and the trailblazing deals that made its unexpected appearance possible, you’re left with an uninspired, slapdash piece of sci-fi hokum that really isn’t deserving of the talent its roped in, which is a real pity considering the franchise pedigree. And I guess that’s the actual Cloverfield Paradox: Without the brand recognition, this would never get the attention it’s getting, but with the attention it’s getting, it’s definitely going to tarnish that brand.

YouTube wants to capture some of the TikTok crowd with a new platform of its own called Shorts.