Home Entertainment Could STAR WARS: RECLAMATION be the bridge to Episode VII?

I’m kind of depressed lately, thanks to the way that Disney is handling the other aspects of the Star Wars franchise. They’ve shut down the veteran LucasArts game development studios, Order 66’ed the Cartoon Network Clone Wars series and will most likely not allow Dark Horse Comics to publish any more Star Wars comics when that license expires and becomes one with the Force.

But Disney did promise that a new series would be on the way to fill that void in the Force. Could Reclamation be the chosen one?

Take it with a pinch of salt, but this might be the first proper look at the show that is to come. Posted on IMDB, Star Wars Reclamation is meant to take place fifteen years after the events of Return of the Jedi, and fifteen years before Star Wars Episode VII kicks off. According to the series bible, there’s trouble brewin’ in the heart of the capital planet of Coruscant, with an army of soulless robots hidden beneath the streets in the fabled subterranean crime district of level 1313.

RECLAMATION is a character-driven war epic set in the storied STAR WARS universe. Making use of decades of media as influence, it will be and all-new story designed to introduce the audience to themes and characters pivotal to EPISODE VII and beyond.

Drawing from the talent and workflow structure employed in the creation of THE CLONE WARS animated series, our goal with RECLAMATION is to create a show with similarly wide appeal in terms of viewership and marketing possibilities. Besides again targeting children and young adults, we believe we can also appeal to the 18-49 demographic, by focusing on the ORIGINAL TRILOGY era characters and imagery.

Fifteen years have passed since RETURN OF THE JEDI and the death of Anakin Skywalker. The Galactic Empire has been beheaded for over a decade, but a state of civil war continues…The Union of Imperial Loyalists, a loose alliance of systems loyal to the Empire’s cause, refuses to cease hostilities until Coruscant is surrendered and abandoned.

Our story begins at a turning point in the struggle. Supreme Chancellor Mon Mothma and Vice Chair Leia Organa are due to meet Grand Moff Ono in the first round of long-awaited peace talks…Everyone in the room — Republic, Union, and Jedi alike — are shocked as legions of black droids issue forth from the depths of Coruscant, destroying indiscriminately.

The aftermath of this attack sets the stage for an unlikely and uneasy alliance. Republic and Loyalist worlds are forced to unite to repel the unforeseen threat concealed beneath their very feet. The self-replicating machines lead heroes on both sides on a journey into the underworld — where technology and the Force itself collide — to uncover a mystery almost as old as the Republic itself: the dark legacy of Level 1313.

A threat so vast, that it will force the newly formed Republic to join forces with the remnants of the Imperial forces to combat a foe that might just be unstoppable. Of course, it doesn’t hurt to have a few Jedi on your side either. Here’s the pages from that bible, that were posted online, via GeekyTyrant;

There’s a number of factors here that work for this script, if it happens to be true. First, you’ve got robots as antagonists, which allows writers to craft action scenes that won’t traumatize the young ones.  Second, you’ve got a cast of characters that could possibly work well here, from the rebellious Kalrissian, to the point of view Jedi Evyn Aoka. In a way, it also makes sense that the proposes Star Wars 1313 game was canned, as it might be too soon to let the Rancor out of that bag.

And third, Luke Skywalker being “The Shade” just sounds too damn obvious. I’d put credits to spaceships that that specific character is actually Clone Wars veteran Ahsoka Tano, a fan favourite that had followers more than pissed off when they heard that her specific story-arc isn’t anywhere near being concluded, specifically after the finale of the fifth and final season of that show.

What do you think? Yay or nay on this proposed series idea? 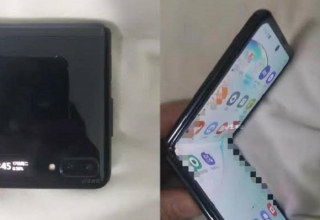