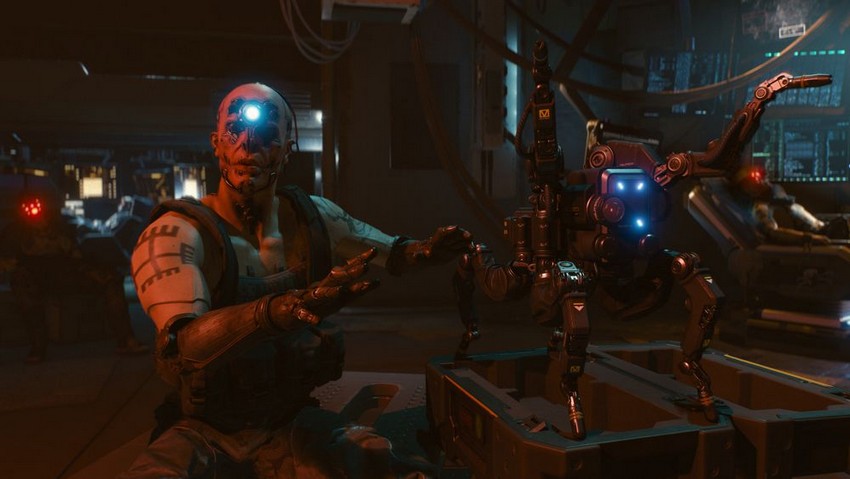 Going into E3, few games were as hotly anticipated as Cyberpunk 2077. Despite being in development for years, acclaimed studio CD Projekt Red had yet to really give any proper look at their sci-fi follow-up to the multiple award-winning Game of the Year fantasy RPG The Witcher 3. Well, that look finally happened at the tail end of the Xbox conference and it was… fine?

Yes, heresy, I know (put down that pitchfork, Geoff!) but it was just a scripted CG trailer. The highly-detailed dystopian future cityscape the trailer showed was certainly brimming with potential though, but at the time it didn’t give us any indication of what playing the game would actually be like. Especially not about the fact that Cyberpunk 2077 was actually going to be a first-person RPG, something which several fans were apparently quite bummed about.

You are V, a cyberpunk. In a world of cyberenhanced street warriors, tech-savvy netrunners and corporate life-hackers, today is your first step to becoming an urban legend. #Cyberpunk2077@maul_cosplay @maja_felicitas pic.twitter.com/PEF5FO6J4L

It’s been confirmed that Cyberpunk 2077 would boast character customization, including choosing between male and female protagonists, and CDPR even posted some official cosplay shots representing what the customizations could look like. “But what would be the point if you couldn’t see that character yourself?”, some asked. All of CDPR’s previous games played out in third-person, allowing you to see your characters, and these folks had seemingly just been expecting the same experience here.

Fps only? Seriously? What's the point of the character customization then??

To all of you asking – you’ll have many opportunities to see your character. It’s going to be First Person RPG, not a FPS. https://t.co/CL3ltfcaAe

CDPR were quick to point out that Cyberpunk 2077 is not a first-person shooter – as some immediately assumed incorrectly – and that you will actually be able to see your character during cutscenes and driving sections. (Yes, Cyberpunk 2077 will have driving. What, you thought that sweet ass car in the trailer was just for show?).

CDPR Community Lead Marcin Momot also took to Twitter to explain further as to why they’ve decided to break away from the third-person perspective they’ve used up until now.

Immersion, first and foremost. We believe that the story we want to tell in this RPG will be a lot more immersive that way. There will be opportunities to see your character like mirrors, inventory screen or key cutscenes.

When asked if the dialogue sections would at least be in third-person, Momot continued by saying that “The team is actually working on some huge things in regards to the way dialogue works in the game.” Just what those huge things are, we don’t know yet. Hopefully, we’ll get to find out soon though as Geoff is scheduled to have some hands-on time with the game today and we’ll have his impressions of it soon thereafter.