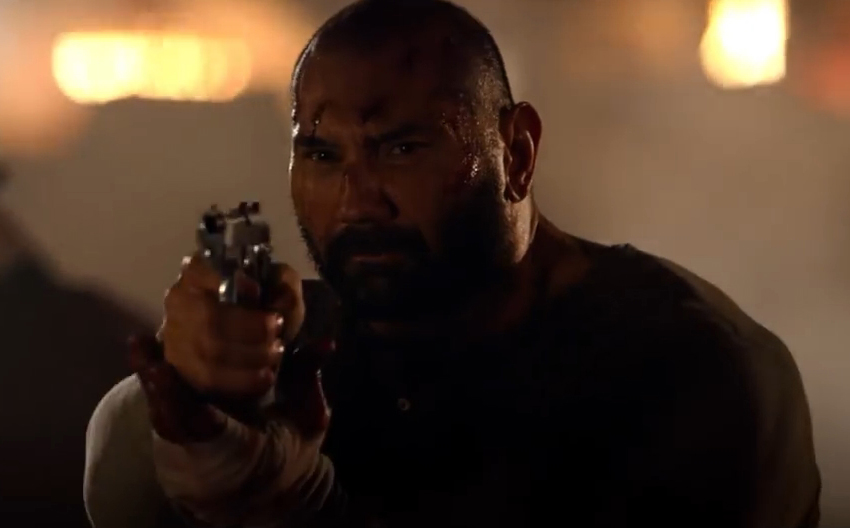 Just on optics alone, it’s easy to see how Dave Bautista made the transition from WWE professional wrestler to Hollywood movie star. You don’t get too many people who look as physically intimidating as he does and Hollywood has shown that they can spin entire careers out of this, as many an eTV Friday Action Night feature film used to be able to testify. What was surprising though is that the roles that really shot Bautista to stardom had very little to do with his bulging physique and its capacity to skop, skiet en donner and more with his comic timing and charisma. He stole several scenes as the hilariously literal Drax in Guardians of the Galaxy, and in Blade Runner 2049 he even got to show off a more dramatic, introspective side that hinted at real dramatic depths to his hulk of a man.

But, as unexpectedly layered as those roles were, a man’s got to eat, and what better way for Bautista to make a few bucks than with some old-school brainless action heroics. This brings us to Final Score – a film that is basically Jean Claude Van Damme’s Sudden Death but with soccer instead of ice hockey. That classic film (which was already basically Die Hard but in a sports stadium instead of an office building) was directed by Peter Hyams, the master of the B-grade action movie. He possesses a talent for elevating schlocky material to watchable status thanks to great action choreography, whereas Final Score helmer Scott Mann’s main talent shown off in his previous two features – The Tournament and Heist – appears to be how well he can convince recognizable actors to appear in his low-rent straight-to-DVD movies. Robert Carlyle, Ving Rhames, Robert De Niro, Ian Somerhalder, Jeffrey Dean Morgan and more have all appeared in his films, and now he’s got Bautista (who also worked with him on Heist) teaming up with none other than Pierce Brosnan.

Not that you would recognize Brosnan thanks to the almost cartoonish accent he employs here. To be fair, it fits right in with the over-the-top accents used by Ray Stevenson and the rest of the actors playing a group of Eastern European terrorists who have taken control of a soccer stadium packed with 35,000 fans and set explosive charges everywhere. These terrorists need Bautista’s ex-soldier Michael Knox to track down Brosnan’s mysterious Dimitri in the crowd or they will blow everybody up. If you’re immediately wondering why the terrorists don’t just try to find Dimitri themselves, then you clearly have a false impression of what type of movie this is. This is all about the action… but even that doesn’t look all that impressive, which is quite a feat to pull off when it’s somebody like Bautista doing it.

Check the trailer out for yourselves below.

Final Score was written by Jonathan Frank, Mann’s creative partner on Heist, and is scheduled for limited cinema and VOD release on 7 September (international Sky Cinema customers get access to it early). 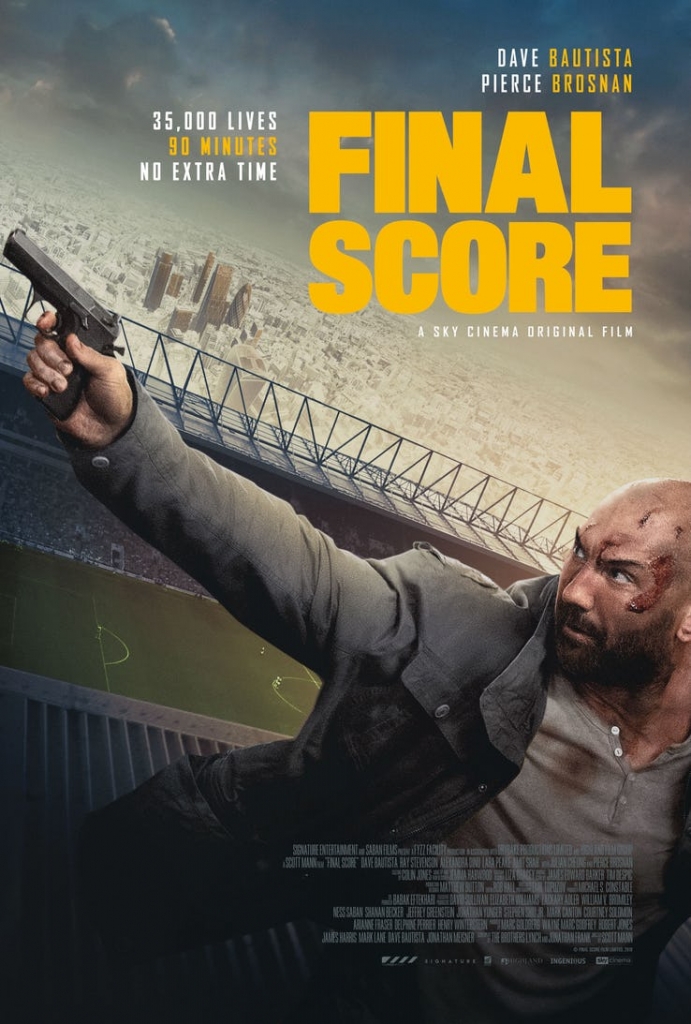