Home Entertainment FIFTY SHADES OF GREY – So what did you think?

It’s pretty clear who the winner at this weekend’s box office was, as Fifty Shades of Grey gagged and whipped all their competition on the way to a gigantic opening weekend. With EL James’ Twilight fan-fiction turned novel trilogy being as popular as it is, that kind of runaway success was always likely for a movie adaptation. But the big question is, is the movie actually any good? Critical consensus at this point is a resounding “Nope”. Most proclaim the movie to be better than the book, but then quickly point out that the book was pretty crappy to begin with so that proves nothing.

But critics and the general public often don’t see eye to eye on these things. So in light of the fact that due to an absolutely crazy schedule and the fact that I couldn’t get anybody to go with me to see it and I was not going to be that 34-year old bear of a man who goes to watch Fifty Shades of Grey by myself and thus will only be able to put up a review next week for the earliest, I thought we could hear from you guys. So if you watched the hotly anticipated flick this weekend past, please tell us what you thought of it. Super sexy and erotic, or were you yelling the safeword to make it stop barely 15 minutes into the movie?

Oh and just so that we have a fair reflection of the opinions, please mention whether or not you’ve read the books before seeing the movie. 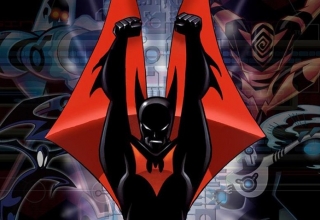