Home Entertainment Friday Debate: What irritates you the most about going to the movies? 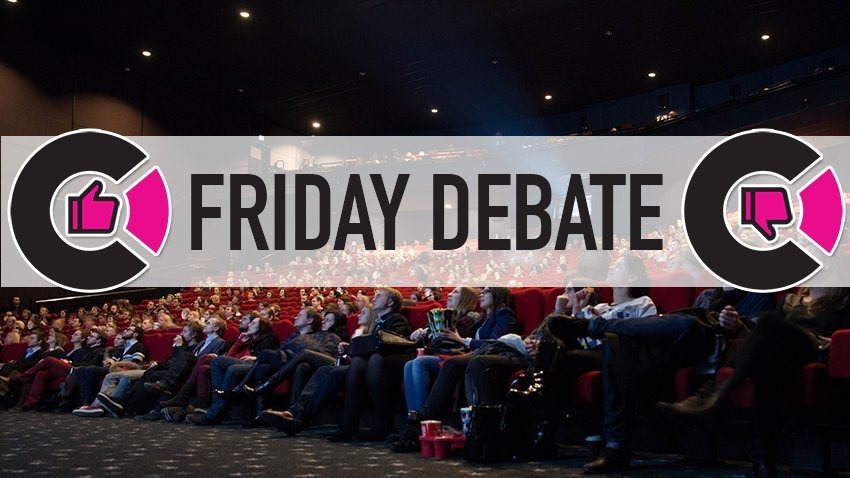 I have not been to watch a movie at the cinema for a long time. It’s not that I especially dislike the experience, or that I don’t want to be part of the zeitgeist. It’s probably down to the fact that I don’t really want to spend R87 for my wife to nap for two hours.

Still, there are things that annoy me about going to the movies, beyond the price of the tickets. Like the price of concessions. I get it, I get it – movie houses make little profit on screenings themselves and have to make up the difference elsewhere – like snacks and “premium” experiences like 4DX and 3D. Still, it’s hard not to feel like you’ve been gouged when you pay R100 for a box of popcorn, a machine coke and a packet of wine gums.

That aside, there are often other little things that annoy me; like the noise that other people make. Sure, that sort of thing can elevate riotous comedies, or tense and suspenseful horror movies – but I honestly don’t want to hear people talking, shuffling, chewing or doing anything else during a movie. I especially don’t want running commentary about what’s going on in the very same movie that we’re all watching.

Then there are things that happen in movies themselves. I am so done with post-credits scenes that expect you to sit through what feels like hours of scrolling names just for some hint at what’s to come. Worse? All the smug bastards who look at you like you’re committing a cardinal sin by leaving before those scenes. Thanks, but I have better things to do with my time and I’ll find them on YouTube later anyway.

Okay, maybe I actually do dislike the cinema. I definitely prefer watching movies in the comfort of my own home, on the couch in my pyjamas, eating the things I want to eat. So what annoys you about a trip to the movies – and importantly, how could movie houses make things better?

So what kind of Bond game is IO developing? One that’ll tell a completely new story with a…