Home Entertainment Get a good look at Skylanders new Superchargers 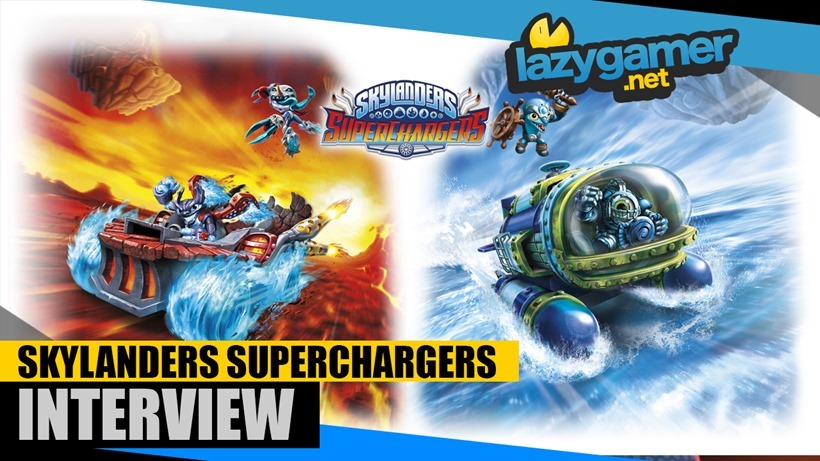 Considering I have no children, I’ve had very little reason to get overly excited about Skylanders every year. Despite that, I know that the Activision-owned franchise is incredibly popular – helping carve out a whole new portion of the market with its well-made toys that integrate into gameplay. Every year the franchise tries something new, but it’s Superchargers this year that is really starting to offer something I could jump on-board with.

Superchargers isn’t just the name of the new game, but also the name of the biggest change Skylanders has received yet. Vehicles are central to this year’s entry, with core characters getting their own unique automobiles to drive, sail and fly through new content and exclusive Mario Kart like race modes. Each of these vehicles acts as a separate entity to the character toys themselves, but matching them up to their correct owner has some added in-game benefits.

We chatted to Vicarious Visions to find out exactly how this works – while I got far too preoccupied playing with the new toys around me.

Basically matching up a Skylander to its Superchager unlocks a better, more powerful form of the vehicle itself. At the same time, the Skylander is buffed in terms of damage and ability, meaning it’s a good idea to buy the bundle when you’re shopping. That’s the argument I advise kids to use at least, while I sit back and watch parents pull their hair out over the price.

In all honesty though, there’s nothing here to suggest that Superchargers isn’t going to be the same amount of fun it usually is every year, and I’m pickled pink at the chance to play another arcade racer. That, and I might just have to double down on that Skylander Bowser crossover.