Big budget Hollywood musicals remain a rarity. Despite the critical and commercial success of films like La La Land, Chicago and Moulin Rouge, they just don’t come around that often. The Greatest Showman is more unusual in that it is entirely original. It’s not a theatre adaptation and it’s not even a jukebox musical in the vein of Mamma Mia! and Rock of Ages, which structured their story around existing hit tracks the audience were more than ready to sing along to. 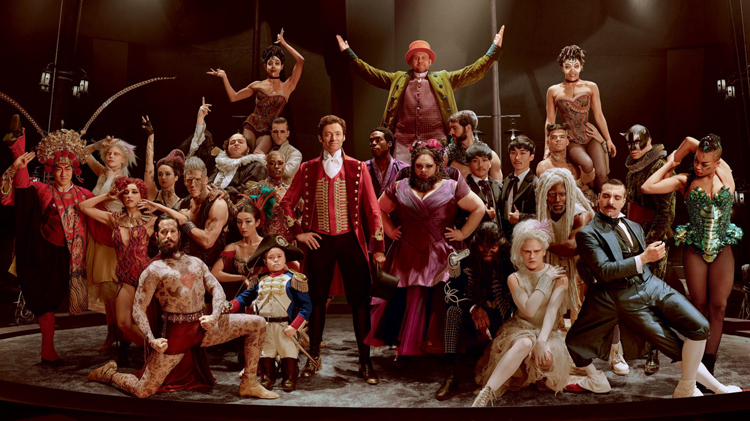 No matter what, that’s to be admired about The Greatest Showman, a glossy old-school musical inspired by the life of 19th Century entrepreneur and circus head PT Barnum – played by Hugh Jackman. The “Inspired by” bit is quite important, though, because The Greatest Showman is in no way an attempt at a faithful biopic with the addition of music. It never pretends to be a reflection of reality. The film has an ultra-bright, stylised aesthetic that is a couple of steps removed from credibility at all times. It looks and feels like it’s been shot on a film set, and it has no shame about that. It’s 105 minutes of glossy, big budget escapism with charismatic, multi-talented stars like Jackman, Zac Efron, Zendaya and Michelle Williams.

Many of the musical numbers are rousing too. Making the leap from music videos and commercials, first-time film director Michael Gracey, along with his songwriters and choreographer, has a firm grasp on giving these moments as much big screen oomph as possible. Particular standouts include heartfelt ballad Never Enough, performed by Rebecca (Mission: Impossible) Ferguson’s demure opera singer (and sung by Loren Allred); Efron and Zendaya’s trapeze-centred love song Rewrite the Stars; and the film’s big acceptance anthem, the award-winning This Is Me, led by Keala Settle, who plays the film’s Bearded Lady. 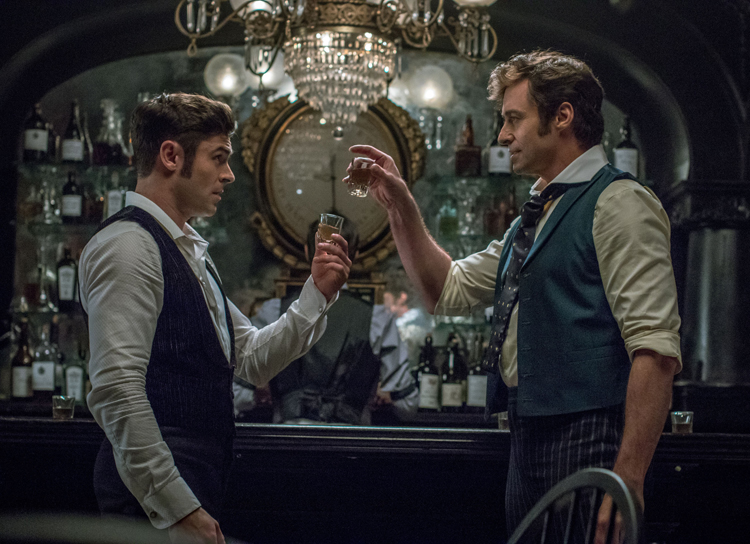 If you’re not looking for anything more than that from a movie musical, The Greatest Showman should leave you highly satisfied. However, gaze a bit closer, and you’ll realise how superficial it all is. Just like Barnum redressing and rebranding his peculiar finds for maximum spectacle, The Greatest Showman is a fresh, high-gloss coat of paint slathered over a crusty old attraction.

The film could have veered in some intriguing directions. Even a sub-plot dealing with the interracial love between Efron’s upper-class theatre producer and Zendaya’s trapeze artist is considerably more involving for the audience. However, The Greatest Showman persists in placing the bulk of its focus on Barnum and his not particularly engaging personal journey towards self-acceptance… because he comes from poverty. 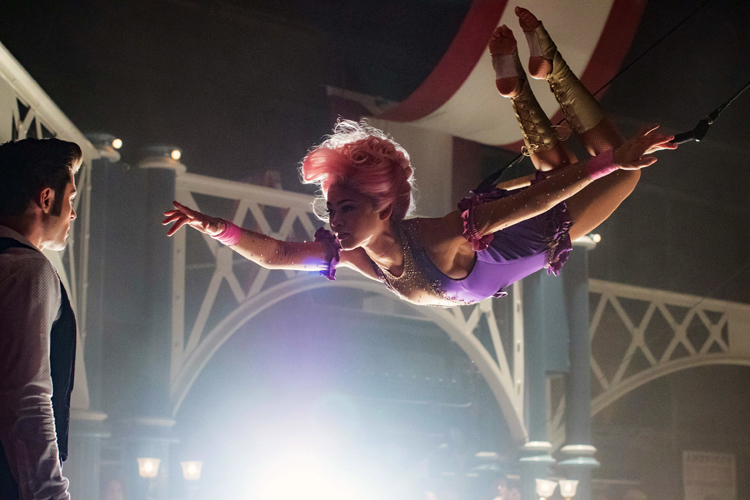 That’s it. Throughout the movie, what typically motivates Barnum’s actions is the giant chip on his shoulder over his unmoneyed, uneducated origins. He’s obsessed with achieving public respectability and being acknowledged by the snooty members of New York high society – particularly his in-laws, as his wife (Williams) chose love for him over money.

That’s fine and well, but Barnum’s circus includes “oddities” like the Bearded Lady, diminutive Tom Thumb, the Siamese Twins and the Tattooed Man, and these fascinating characters (also inspired by real-life figures) are never developed because the spotlight is always on Barnum. In fact, despite their dramatic potential, they’re just on-screen to be the better people and help Barnum feel better about being different. That’s a major missed opportunity. 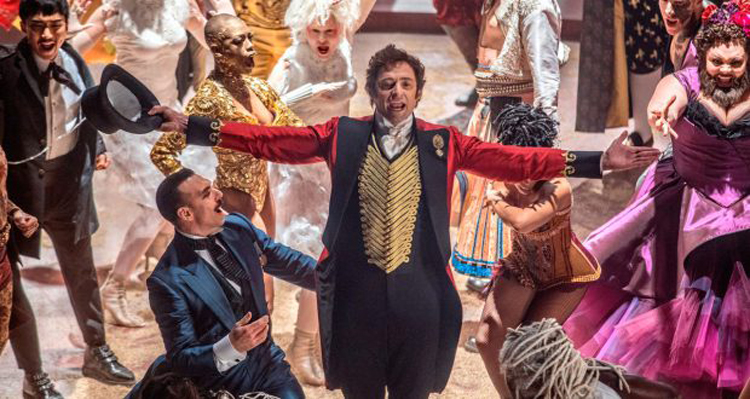 You won’t be watching The Greatest Showman for its tired, unimaginative story then. You’re there for the eye candy and the music. The DVD acknowledges this, especially. The physical home release is unusually crammed with special features. There are assorted Making Of featurettes, focusing on the production design, music and general path to the big screen. There are image and concept art galleries. Most importantly, the disc provides a highly customisable viewing experience for fans of its musical numbers. Bored by the plot? Skip the talky bits and just watch the big song-and-dance moments. You can string them together, single them out, play a singalong version with subtitles, or just listen to director’s commentary breaking each scene down. When the golden age of DVD and Blu-ray special features seems long past, it’s really impressive what The Greatest Showman offers its viewers.

Pretty much the only thing missing from the home release is anything about the real, somewhat murkier figure of PT Barnum, and his world-famous circus – which is a pity.

In the end, The Greatest Showman is sincerely made. It’s exceptionally slick and polished, treating the audience’s senses to all kinds of shiny, bright delights. Its story choices, though, mean it falls short in terms of reaching the brain and heart, to give it real resonance.