Thanks to the success of movies like John Wick, it appears that the biggest trend in action movies is… paperwork? Well, not literal paperwork, but the administration that surrounds shadowy organisations has become more interesting than the organisations themselves. Gun-toting gangsters and professional hitmen are all fine and well, but action movies are heading more for the world-building, as opposed to the actual action. Hotel Artemis is a perfect entry for this genre, crossing the intense world-building of films like John Wick and Atomic Blonde with the claustrophobic, dystopian future of Dredd 3D. 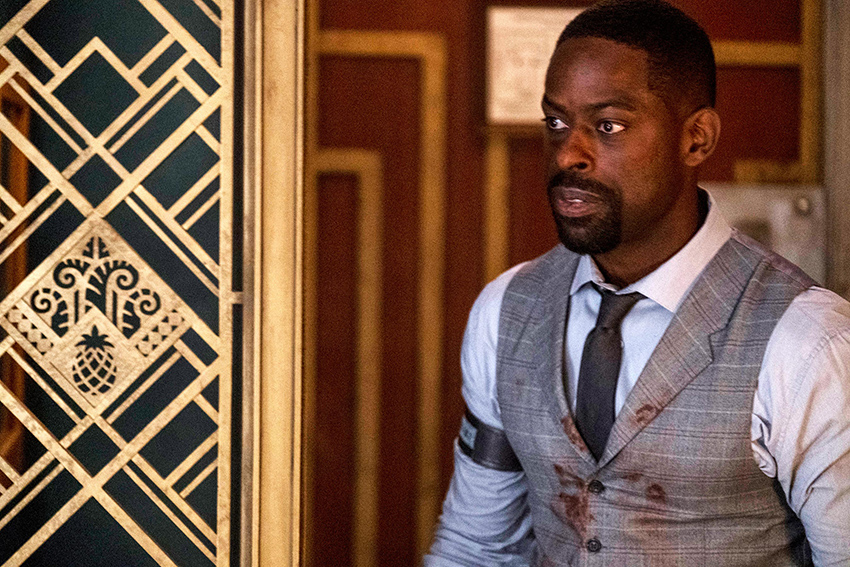 A future where water is the source of massive, city-wide riots is completely believable. Likewise, a future where the criminal activity needs to continue, unimpeded by said riots is believable. In 2028, Hotel Artemis is a grungy, Art Deco-inspired haven for said criminals from said riots. Run by The Nurse (Jodie Foster), the titular hotel is a tightly guarded secret in futuristic Los Angeles’s seedy underbelly, a high-tech, high-security hospital for the city’s criminals. Or, at least the ones that have paid their membership fees.

On what turns into a busy night at The Artemis, two brothers (Sterling K. Brown and Brian Tyree Henry) check in to the hotel after their bank robbery goes south. On check-in, guests are given code names to match their suites. In situ at the Hotel is Waikiki, the moniker given to Brown, Henry is Honolulu, and the other guests include sleazy arms dealer Acapulco (Charlie Day) and French assassin Nice (Sofia Boutella). Along with The Nurse, Hotel Artemis also employs Everest (Dave Bautista), a literal mountain of an orderly with a takes-no-crap attitude. 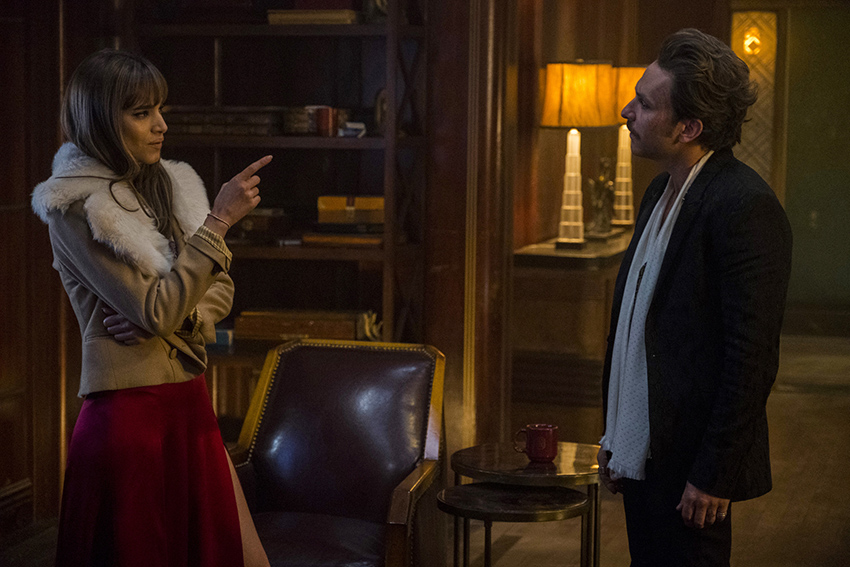 For a film that seems to have an impossibly flimsy plot, it sure has a lot of character. As the riots edge closer to The Artemis’s location, the theoretically safe and impenetrable hotel starts to show some metaphorical cracks in its foundation. With The Nurse’s obviously chequered past, Honolulu’s grave mistake that Waikiki needs to correct and Nice’s evident ulterior motives for being in the Hotel, the last thing this powder keg needs is another potential match. Which is, of course, what arrives about half-way through. It’s a really busy night at The Artemis.

Though it would be great if all these characters gelled together, in some ways, they don’t. I can’t fault the performances, especially Foster’s. The shuffling, dowdy Nurse is obviously a complicated individual, and Foster brings a perfect balance of confidence and melancholy. Then, as the story wears on and things start to head south, an insidious sense of panic. Nurse is the lifeblood of The Artemis, so Foster does most of the emotional heavy lifting. And for a movie about violent criminals, there is a surprising amount of emotion. 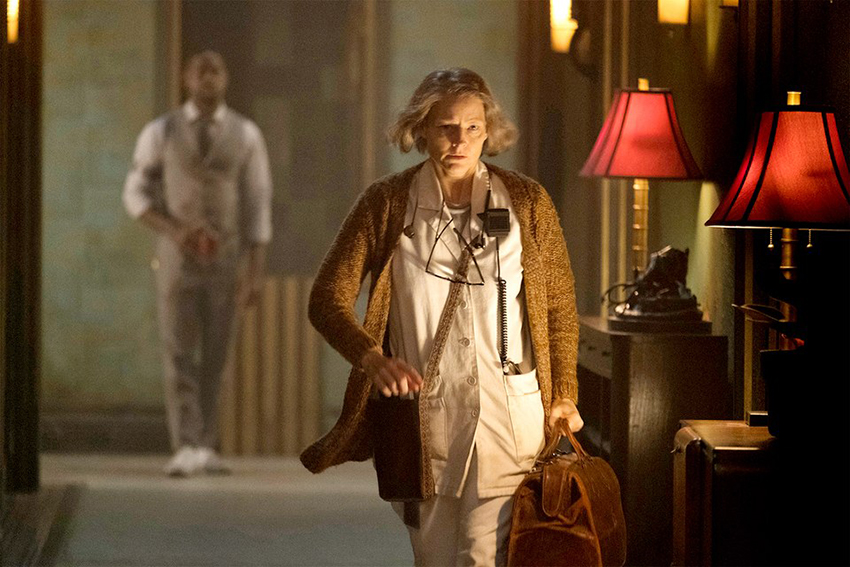 Boutella once again does an outstanding job as assassin Nice, showcasing her wits, strength and sex appeal all in one go. While her character may be clichéd, Boutella pulls it off admirably. Likewise, Bautista’s brawn-over-brains Everest is overdone, but Bautista manages to give Everest a fair amount of heart, enough that he doesn’t turn into a Drax clone.

Sadly, all the character and world-building contained in The Artemis seems to have come at the expense of the action a movie like this should ultimately contain. To say it’s a slow-burner is an understatement, as character backstories and interpersonal dynamics take centre stage for most of the film. Hotel Artemis spends its entire run-time ramping up the tension, building up to a climax that is never fully realised. All that backstory and motivation starts to drag the pace down and, by the third act, it just sort of fizzles out instead of really catching on fire. 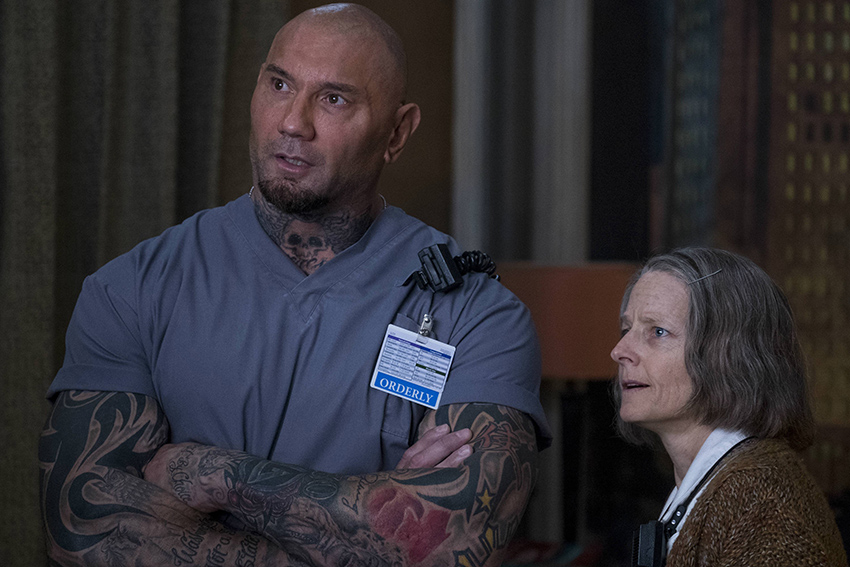 There are still a few delightfully violent action spectacles, but they’re sadly few and far between. Turns out, when you have someone like Nurse and Everest running the establishment, rules like “no killing the other guests” are, for the most part, strictly obeyed. In a similar vein to John Wick and Atomic Blonde, when the fight scenes do happen, they’re of the gritty, realistic kind, instead of being flashy and obviously choreographed.

The measured pace does give you a chance to appreciate the gorgeous sets, with the mix of old-school décor and futuristic, yet already run-down, technology. And much like this combination of old and new, Hotel Artemis is itself a mix. Part character drama, part action flick, part straight-up dystopian sci-fi, Hotel Artemis will either be one of those films to develop a cult following or immediately head for obscurity.