As a fan of both Jason Momoa (from his Stargate Atlantis days already) and Aquaman, when I first heard the rumour at the beginning of the  year that the actor had been attached to play the king of Atlantis for Warner Bros\DC Comics, I got seriously pumped as I knew that Momoa had the badassness to do the character justice. Unfortunately, I was promptly de-pumped though when Momoa denied his involvement despite evidence to contrary. Denied it several times, in fact.

But as we learned last week, Momoa’s denial turned out to be as truthful as a fishing story, as Warner Bros confirmed not only his casting, but also that an Aquaman solo movie was slated for release in 2018. And now finally, Momoa can come clean about the whole affair, which he did when he appeared at the Walker Stalker Con (via ComicBook.com):

“I was asked to play it. You know, you audition and stuff like that, but the fact is you’ve just got to keep it quiet. You know what I mean, I was just trying to respect Warner Bros. and everyone’s wishes. I’m really, really happy that I don’t have to be quiet anymore, because that’s really hard for me.”

Momoa added that this level of secrecy has actually prevented him from even reading any Aquaman comics to get a proper bead on the character. Something he will be rectifying now.

“It’s really hard because you do these and they’re like, ‘Why’s he looking at Aquaman? Why’s he looking at this one?’ So you can’t really like research too much. When I was growing up, I really liked Spawn and Lobo. I read stuff like that. Lobo I was a big fan of. I didn’t read a lot of Aquaman, but I am now, and I will do the research.”

With Aquaman pegged for release on July 27, 2018, there’s still plenty of time to get things done, but just how far along is Warner Bros with the film? Well, it turns out that Momoa barely knows more than we do at this stage.

Most people don’t know this, but before Momoa decided to pursue this whole acting thing, he actually studied Marine Biology. When asked if this would help him to communicate with animals like Aquaman, the ex-Game of Thronesdeadpanned that “No, but I’ve rode some dolphins before, so I can pull on that.” Dolpin riding aside, when Momoa did get his first major acting break, it was in the Baywatch spinoff, Baywatch Hawaii, where his Polynesian heritage – and that connection to the ocean – was referenced. Momoa said its that historical and cultural link that gives him a bit of an advantage.

“Yeah, I did go to school for Marine Biology, but the cool thing is…the greatest thing for me is that Polynesians, our gods, Kahoali, Maui, all these water gods, so it’s really cool and a honor to be playing a [water] character. And there’s not too many brown superheroes, so I’m really looking forward to representing the Polynesians, the natives.”

“My family are some of the greatest water men on earth. I’m not, but I’m going to go train with them. But it’s really an honor just being a Polynesian. And water is the most important thing in this world and we all know it.”

And in case you were wondering just what kind of Aquaman Momoa would be, the actor, who also starred in the modern Conan reboot, said that you shouldn’t be expecting the hero to be making fishy lips at anybody anytime soon.

“I don’t think there will be a romance any time soon in Justice League. I think we’re going to be kicking some ass. But I don’t know for sure, because there’s no script yet.”

As for just how he would look in character, when one audience member remarked that she couldn’t really picture the statuesque Momoa in green shorts, he mysteriously teased “You should use your imagination. I’ve got green eyes so they’re going to highlight my green eyes.”

And if any of you are laughing at that line, please just remember what he did to the last guy that disrespected him in public.

Following on from the very brief, and very crimson, sneak peek at Robert Pattinson's batsu… 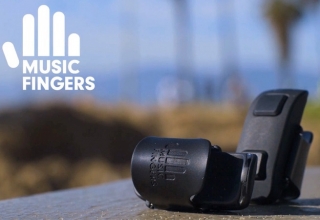