John Boyega has been one of the hottest stars in Hollywood for a while now, with the young British actor’s biggest gig naturally being one of the leads in the new Star Wars films. Two weeks back though, Boyega became more than just a talented thespian when he delivered a highly emotional speech during a Black Lives Matter demonstration in London. As the actor explained during his raw delivery, speaking out the way he has could cost him his job in the traditionally stodgy industry, “but fuck that!”. Well, Hollywood responded with a gigantic outpouring of support from top filmmakers, many of whom were so moved by Boyega’s words that they’re willing to give him the pick of any of their projects.

Personally, as great as those offers are, there’s really only one filmmaker I want Boyega to work with next though: Joe Cornish. Back in 2011, both Boyega and Cornish launched their feature film careers, respectively in front of and behind the camera, with Attack the Block, a phenomenal sci-fi horror flick The film was a critical smash and has deservedly become a cult classic. And now it sounds like the two men are looking revisit it with Cornish revealing on the Script Apart podcast (via Empire) that “We’ve got ideas” about a possible sequel.

I met with John a couple of months ago to talk about it. We’ve always had ideas after the first one. But obviously we’ve both been busy doing different things.

The writer/director isn’t spilling the beans on just what those ideas, but hinted that somehow the decade that has passed since the first film will factor into their plans somehow.

In a way, the longer you leave it, the more interesting it is. So that’s all I’ll say.

Boyega’s status is possibly higher now than ever before following his BLM speech. And Cornish doesn’t fail to see just how much this ties back to the start of his erstwhile star’s career in Attack the Block. That film followed a group of teenage thugs, led by Boyega’s sullen Moses, as they fend off an alien invasion in their low-income London neighbourhood. That arc of being disenfranchised youths – most of whom were black – was incredibly prevalent in the film.

Attack the Block’s nearly ten years old now, and it’s trying to address issues that were fairly ingrained then, and have certainly stuck around. At the time when it came out, it put a lot of people’s backs up, because it has a very unusual protagonist and arc.

As Cornish continued, he explained that with Boyega being thrust into the headlines because of his public actions, the film has seen a resurgence in popularity again.

It’s wonderful that people are revisiting the film […] Most of all, it’s a moment for John, and it’s a moment for hopefully some social change. To be a tiny little part of something that I hope is much, much bigger is exciting.

Unlike Boyega who’s catapulted his way to the A-list (not to mention his young co-star Jodie Whittaker eventually going on to star in Doctor Who), Cornish hasn’t really done much since Attack the Block. While he’s scripted a number of big films like Steven Spielberg’s The Adventures of Tintin, he’s only directed the middling fantasy adventure The Kid Who Would be King. While he is attached to helm a TV feature film adaptation of Neal Stephenson’s seminal cyberpunk novel Snow Crash, an Attack the Block sequel with Boyega would be the perfect way for him to really make his mark again on the big screen. Make it happen, guys! 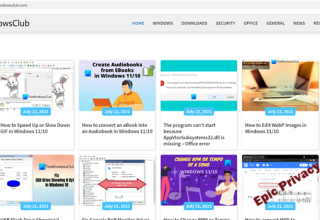 As the number of internet users continues to grow, so do the concerns for …