It’s hard to believe that the incredible acting talents of Morgan Freeman, Tommy Lee Jones and Rene Russo, who each have such a remarkable caliber of films between them, could have collectively slumped to such lows as this lame-duck movie. I guess saving for retirement is an issue even for the rich and famous because that is the only reason I can think of them all landing up acting in what ends up being a completely underwhelming and unfunny comedy.

If you can even call it that. 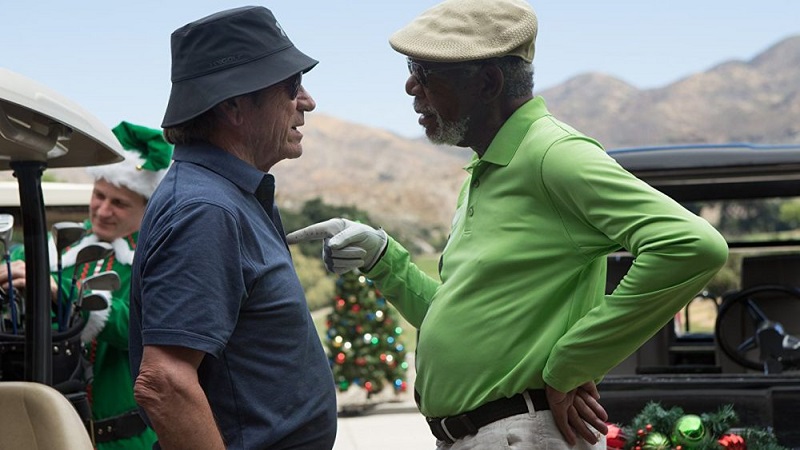 Just Getting Started follows the story of two elderly gentlemen, Duke Diver and Leo McKay, (Freeman and Jones) who end up in a bitter rivalry at a retirement village over the affections of Suzie Quinces (Russo). However, it appears each of them are hiding secrets of their own. Russo is a representative of the resort company who doesn’t like the way Duke is running the place and is looking for reasons to fire him. Leo is secretly a millionaire who harbours bigger commercial ambitions and Freeman is actually in the witness protection program and has someone out to kill him. (Don’t worry, none of this information amounts to spoilers to the actual plot of the film). This might not sound too horrendous on the face of it, but throw in lots of sex jokes and toilet humour, and it’s a recipe for disaster. 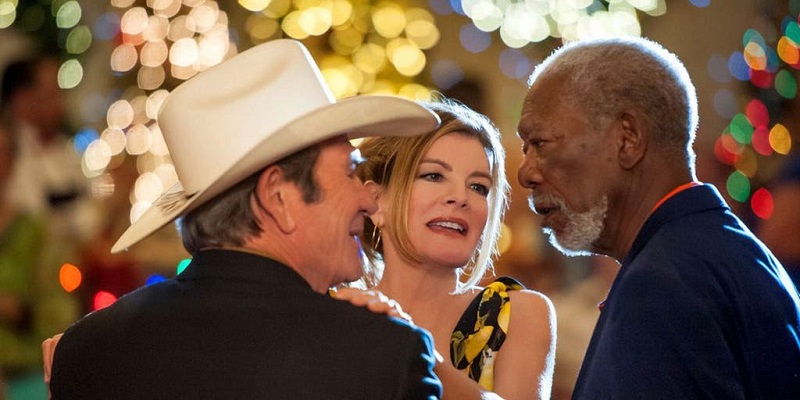 The truth is, as much as none of the big stars are bringing their A-game into this movie, its tough to fault them for their performance because the problem clearly lies with the script by director Ron Shelton, which underestimates the intelligence of both its cast and the audience and gives us humour that is naïve, derivative and not even remotely funny. Instead, much of the dialogue feels hamstrung and the acting performances end up feeling forced and uncomfortable as they struggle to inject life into this disappointing film. 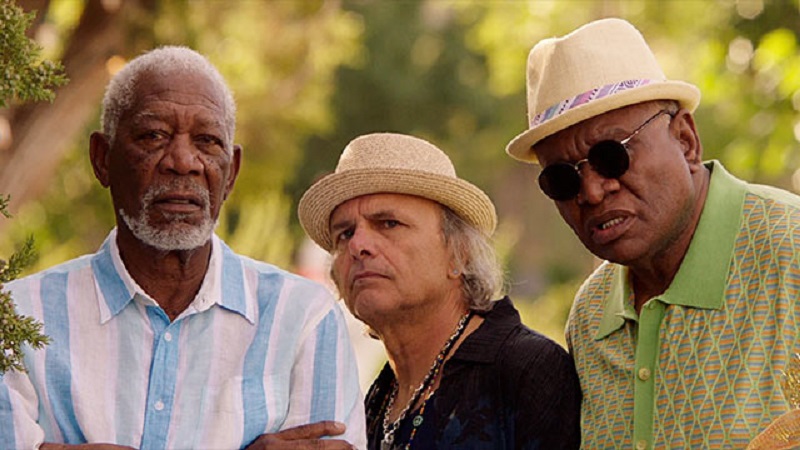 The direction by Shelton also seems to be out for a round of golf for much of the film, as he struggles to juggle the overall feel of the movie. It’s unclear at times if Just Getting Started is a comedy, romance or an action movie and ends up missing the mark on all three. Normally a film such as this would not be so bad if there were at least one or two memorable scenes that made it worthwhile or made you laugh out loud, but sadly Just Getting Started did nothing for me throughout its runtme and I honestly lost interest about 10 minutes in, making getting through the rest of the movie a horrible slog. 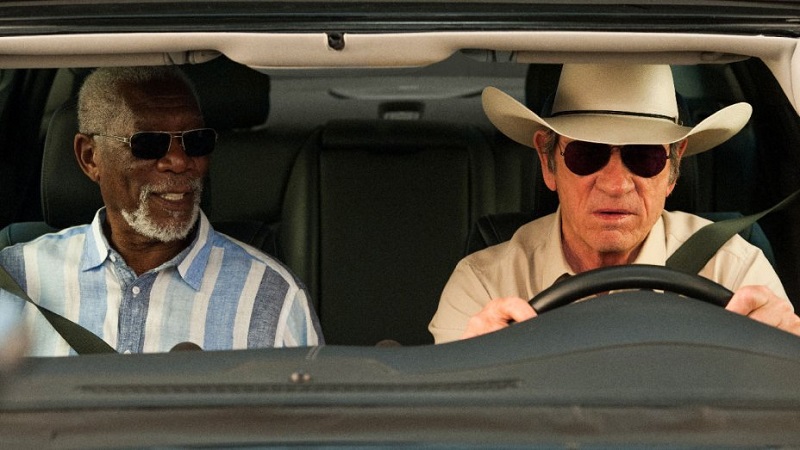 It’s a film that at the end of the day should’ve landed up on the cutting room floor or in the bargain bin, but because it found a decent set of reputable stars, it ended up getting made and probably finding a decent sized budget because the production values in the film are decent enough to make the movie look well made. Just a pity then that none of that effort was expended on the script as it should never have been.

Let’s hope that this is not a sign of what is to come for each of these talented actors, who we certainly don’t want to see remembered for this. They all deserve much better than Just Getting Started and deserve more to work with. Yes, Just Getting Started might look like it has potential from the trailers, but it offers up nothing in the final product. The only person in your family who might gain any enjoyment out of this is are your grandparents and even then, it might only be for some geriatric eye-candy.

If that last sentence makes you want to throw up in your mouth, then I think you understand how this movie ends up making you feel.