FIFA is a big deal globally. A lot of the time we forget that eSports don’t only exist in the MOBA and shooter realms, but also leak over into sports titles. Competitive FIFA has been growing locally thanks to MainGaming, but this year it took a massive step forward. Meet Shuaib Hassen, South Africa’s representative at the Electronic Sports World Cup this year. 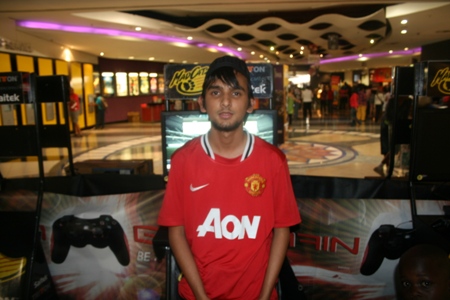 Shuaib will be the only South African FIFA representative at the games this year, going up against the world’s best digital footballers for a sport in eSports history. I caught up with Shuaib recently to ask him about his journey to through the local qualifiers and what he plans to achieve at the games later this month, as well as how he prepares for such a massive tournament.

Shuaib never really planned to become a professional FIFA competitor, but explained that his love for the game is what drove him to take it more seriously.

With FIFA 11 I went to the first MainGaming Tournament, and that’s where it really started. I played my first tournament and managed to reach the quarter-finals, and carried on going to every single tournament afterwards. It’s been a great journey.

Obviously your team choice plays a massive role in the competitive field. There are some restrictions in place to keep things fair, but the majority of clubs and national teams are open to players. Despite being a Manchester United supporter, Shuaib favours Real Madrid as his go to team in FIFA 15.

You come up against players that choose international teams and people that choose club teams, and it’s quite fun playing against both. I actually support Man United but in the game I only use Real Madrid. I’ve adapted to their players and style.

Being an international tournament, Shuaib is set to go up against some of the top players from Europe, Asia and even South America. He’s got a tough group, filled with some amazing players from France and Romania. Despite this Shuaib remains confident that he could potentially progress past the groups and into the knock-out stages.

It’s going to be a tough one, but I hope to win. I want to win since I’m the only representative from South Africa going and I want to make the country proud.

My goal is to win the tournament.

Even if that doesn’t happen, Shuaib hopes to attend the ESWC again next year and hopefully for the foreseeable future. This is all dependent on sponsors getting him there though, with MainGaming and Norwood Mall subsidising the entire trip this year.

If Norwood Mall and MainGaming hook up again, I’ll definitely be aiming to be there again next year and competing.

Shuaib leaves this Sunday for the ESWC in Paris, with his group matches taking place on October 31st. We wish him all the best for the tournament and hope that he comes back with some silverware. We’ll catch up with him again when he’s back.