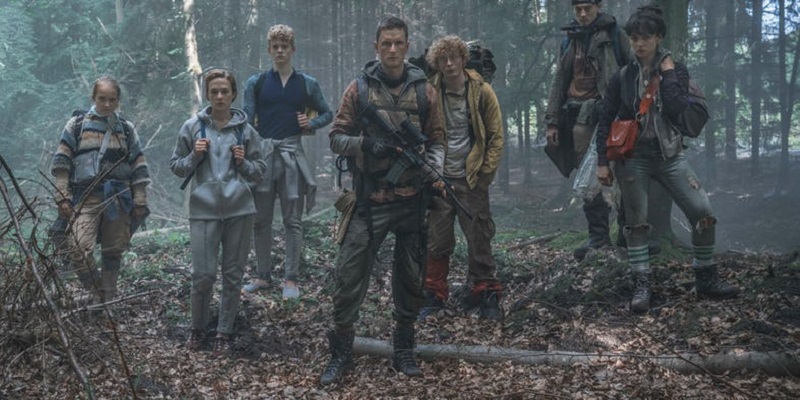 Rain, according to the Dictionary it’s what they call water falling from the sky. Apparently, that is a real thing. As someone who lives in the Mother City, I guess I will have to take everyone’s word for it because we keep on hearing about this mysterious water source but never seem to get it. And unfortunately, Netflix’s upcoming series about the stuff is not a weather forecast for the city, but rather a post-apocalyptic thriller instead.

We’ve seen terrors come from The Fog, The Mist and even The Darkness before, but I think The Rain would be a unique source of any potential apocalypse. The series, which is the first Danish original series made for the streaming service, is about the post-apocalyptic lives of people who survived a mysterious virus that was carried by the rain and wiped out the majority of mankind. You would think a series like this would therefore be set in Cape Town, but apparently Scandinavia which has a fair amount of rain is the setting for what looks like a bleak, but gripping series.

The series looks targeted toward the younger teen demographic based on the age of its cast and the different predicaments they go through and looks like it could appeal to fans of series like The 100. Where it does bring something different to the table though is that it is actually a Danish series, the first series from the country for the streaming service, and so will hopefully bring a fresh narrative and more diverse characters than what we usually get served up from the US series of the type. It does mean that the cast is relatively unknown to people outside of Denmark, but that could all change if the series turns out to be a big success.

I love the fact though that Netflix is broadening their international offering and bringing in top series from other countries and hopefully we will get to see many more new countries making quality content for the service and giving us a taste of what they have to offer.

You can view the official synopsis for The Rain below:

Six years after a brutal virus carried by the rain wipes out nearly the entire population of Scandinavia, two Danish siblings emerge from the safety of their bunker to find all remnants of civilization gone. Soon they join a group of other young survivors and together they set out on a danger-filled quest through abandoned Scandinavia, searching for any sign of life.

Set free from their collective past and societal rules, the group has the freedom to be who they want to be. In their struggle for survival, they discover that even in a post-apocalyptic world there’s still love, jealousy, and many of the coming of age dilemmas they thought they’d left behind with the disappearance of the world they once knew.

Who will you be when the rain comes?

The Rain will be available for streaming on Netflix from May 4th of this year.