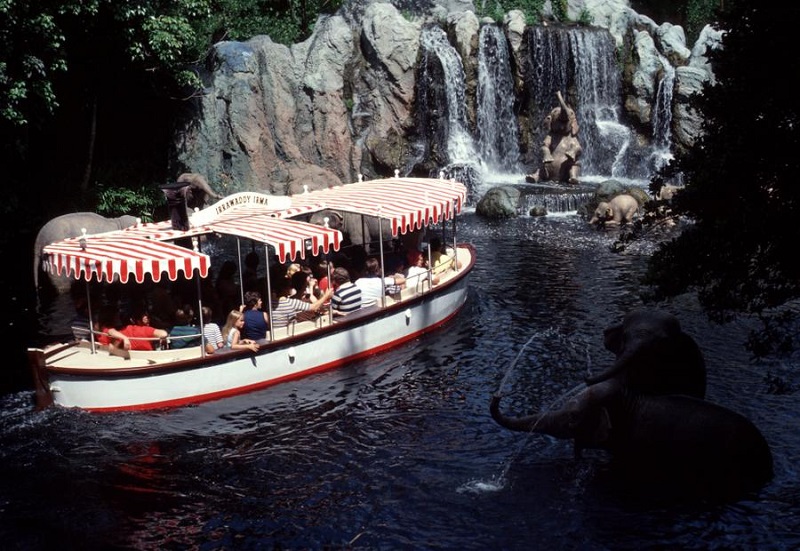 Often when we’re watching movies on the big screen, we get taken to these big magical worlds that look so incredibly life-like and massive. The reality though is that often that big massive world that you see before you, is, in fact, a tiny set. Not too much bigger than your average Sandton mansion. Okay, that’s admittedly still massive, but it’s still a lot smaller than what you think it is.

How big does a movie set need to be? Well, thanks to the beauty of visual effects and green screen, often not all that big and it’s amazing how films can seemingly be set world apart from each other (like Avengers: Infinity War) to actually mostly be filmed in a set the size of a warehouse. However, sometimes filmmakers will still want to make their movies feel as real a possible by building a massive set rather than relying on visual effects and camera trickery to make their world’s look larger.

Which is something that seems to be the case for Disney’s upcoming Jungle Cruise, as revealed in a new tweet from the studio which features star Dwayne Johnson proving why he gets paid the money he does by promoting the movie as energetically as possible with the cameras eventually panning out to reveal the film’s massive Hawaii set:

“*watch ’til the end and see one of the most awe inspiring & massive sets ever built from scratch.
Walt Disney, this one’s for you buddy! ???” (via @TheRock) pic.twitter.com/1eEf7fYRiW

Based off a popular theme park ride that Walt Disney created a many years ago, Jungle Cruise looks set to follow the path of Pirates of the Caribbean and hopefully end up becoming a massive theme-park ride turned movie franchise.  And while it’s still early days to make a statement like that considering we know very little about the film, its certainly making a good start by landing a star like Johnson for its lead. Joining Johnson is also another popular draw in Emily Blunt with Paul Giamatti also starring in the movie.  In building a massive set like they have on display here also shows that Disney is likely pouring their many millions into this film and regardless of how the story turns out its certainly likely to be a very pretty movie. Dwayne Johnson and Emily Blunt put together a video not too long ago to introduce us a little more to their characters and perhaps give us a bit more info on what we can expect from this exciting new movie:

The movie is still a fair bit away from release though with Jungle Cruise only set to release in Oct 11, 2019. It’s exciting to see Disney still invest in creating new franchises at least and hopefully this one turns out to be a massive success for them.