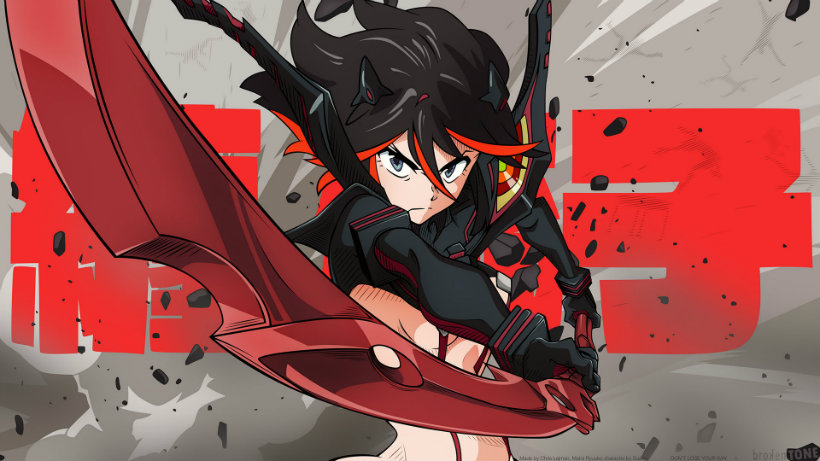 Platinum Games’ Kenji Saito is making an incredible looking new Transformers game. It has that typical Platinum style we know and love, complete with epic melee battles and gorgeous animations. However, with the game releasing in the next few months, the team at Platinum should have time to work on a new project – but what should it be? Well, in answering a question on twitter, Saito just made me far too happy.

Over on twitter (thanks Polygon), Saito just go all our hopes up:

Kill La Kill is a new and incredibly popular anime featuring insane fights, a unique storyline and ridiculously strong female characters. It actually approaches feminist concepts such as the male gaze without shoving it down our throats. It’s one of my favourite series at the moment, and just imagine this fight scene in a Platinum game:

Berserk is an older manga and anime, but still incredibly loved and revered. Santo could do far worse than choosing either of these titles, although my heart is set on Kill La Kill – it’s got some impressive storytelling, incredible characters, epic battles and a scantily clad strong female lead whose clothing actually makes sense. What more could we want? A Platinum-styled fighting and combo system to bring it all together. Please let this actually happen.

Of course, while he might tweet this out, it doesn’t mean it’s really going to happen. Plus, even if it does, it would be years in the making. Still, this seems like a match made in heaven.