Prometheus was a controversial movie, but there is little consensus on what people hated. Some criticised the stupid actions of the crew, though they were clearly not astronauts. Others marveled at their inability to run at an angle. As for touching strange biological stuff, maybe they have good hand wash in the future. I fall into the camp who have a problem with the Alien universe overlap. It was unnecessary and did nothing for the original franchise. It also didn’t really make much sense. So with the sequel, can fans of the xenomorph prepare to cringe again?

A few months ago director Ridley Scott said no, but he has now revealed that there will be some kind of new alien. Speaking to The Australian in a subscription-only interview, Scott noted he wants a new kind of monster and also admits that the creature in Prometheus was a little too close to the original Alien beast.

Scott describes his original Alien as “the definitive dragon and he’s a motherf . . ker. The alien’s real which is why it’s probably one of the scariest monsters in film history,” Scott says. “So with Prometheus 2 what I’m trying to do is reintroduce a fresher form of alien in the third act.” The Prometheus “baby” alien was, he concedes, “awfully close to the alien” that tormented Sigourney Weaver. His next one promises to be very different.

That last bit makes me very happy. It was great that Prometheus borrowed from the Alien world – after all, who wants to waste such good design? And being one of the people who would love a sequel, it’s nice to see that the milking of past glories will stop. So hopefully no more of this:

Is the world ready for more Killer Clowns from Outer Space? MGM thinks so 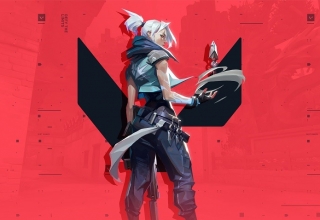 The 2020s are going to usher in a new era for Riot, as they’ve got not just one but multiple new games in development. One of those games happens to be Valorant, a fusion of Overwatch and Counter-Strike that looks poised to be the hottest new shoot ‘em up experience on the block. Especially if the recent Twitch viewership figures are to be believed.