I remember next to nothing about the original Pete’s Dragon, Disney’s hokey 1977 live-action/animated hybrid musical jaunt about a boy and his best friend dragon. Much like how the titular dragon was able to turn invisible when spooked, my memory of this often silly “classic” has almost completely disappeared. I have a feeling that the memory of this 2016 remake won’t be following suit though.

In this modern version, writer/director David Lowery gives us a spruced up new take on the old ditty that manages to not only up the technical wow factor, but (probably) betters its predecessor in almost every way. This is fuzzy feeling, heart-on-your-sleeve film making which feels like it stepped straight out of yesteryear as Lowery gives us a more leisurely paced narrative, the type of which most modern kids’ movies eschew in favour of frenetic showmanship. The movie does attempt the latter from time to time, so as to ensure that pulses get a work out as much as those heartstrings, but its actually here that it stumbles slightly as it just doesn’t pack enough punch in these moments to stand out in the glut of summer blockbuster set pieces.

But what this new Pete’s Dragon might lack in eye-popping action beats (even though there is a mid-film ruckus that was suitably thrilling in its execution), it more than makes up for it with that vintage homey Disney charm, and an abundance of heart. Heart that is often filled with a shattering sadness (pack in the tissues) or a bright-eyed joy and wonder (pack in more tissues), or at times even both (ALL THE TISSUES!). And the film doesn’t take long to hook into those emotions.

A tender opening scene, masterfully making use of framing and silence, introduces us to the eponymous young Pete (Oakes Fegley) as he becomes the sole survivor in a car crash on a remote wooded road that claims the lives of his parents. Left to fend for himself, Pete stumbles around in the woods, where he meets and befriends something unexpected: a giant green dragon.

Cut to six years later, and we learn from elderly woodcarver Mr. Meacham (Robert Redford), that legends abound about a local dragon close to the idyllic mountain-nestled town of Millhaven. He claims that he’s seen the mythical creature before, but nobody believes him. Especially not his Ranger daughter Grace (Bryce Dallas Howard) who wants nothing more than to protect the local woodlands in the old-timey American North-West from more mundane threats. This job puts her at odds with her lumber mill owning boyfriend Jack (Wes Bentley), and his overzealous logger brother Gavin (Karl Urban).

While butting heads about logging practices out in a new area of the forest, the trio – along with Jack’s curious daughter Natalie (Oona Laurence) – stumble across the now 10-year old Pete, feral but deliriously happy. Pete has made the woods his home with his draconian savior turned best friend, whom he has affectionately named Elliot. “Rescued” by Grace, Pete immediately hits it off with Natalie and her family and soon finds himself torn between the only home he’s known for more than half a decade, and this new potential one. Now if only they would believe him about the fact that he was living with a dragon this entire time!

As Pete and Natalie, Fegley and Laurence brings an incredibly natural believability to their roles. Unlike so many modern kids movies those, Lowery doesn’t try to falsely endear these two young characters to the audience by being snarky or precociously witty, but rather just normal, likable kids, caught up in a magical adventure. Fegley in particular is fantastic in the role, switching between emotionally vulnerable little boy and animalistic wild-child with ease. Howard also just oozes maternal charm, while Redford is the lovable grandpa we all wish we had. As Jack and Gavin, Bentley and Urban do the minimal heavy lifting here, but slightly less so for the latter who serves as the film’s rather pat villain.

Lowery and cinematographer Bojan Bazelli shoots the movie with a luscious naturalism, lending tableaus an earthy beauty, aided by the film’s folkish soundtrack to transport you to this beautiful part of the world. The film’s spot-on production design – whether it be retro telephones, or vintage cars – also subtly hints at a non-specific, much more nostalgic time. And then there’s Elliot himself, who is a simply marvelous creation brought to life through wonderful VFX. It may not be as technically jaw-dropping as Disney’s other 2016 live-action adaptation, The Jungle Book, but the character is still effortlessly real despite his fantastical appearance. More giant shaggy puppy-dog than leathery dragon, Elliot is all expressive eyes and quirky characteristics (he needs a running jump out of a tree to fly), and should be an instant hit with younger viewers. 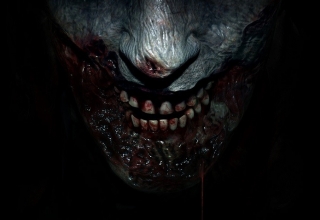 When’s Resident Evil 8 rising from its grave and walking the streets once again? Capcom is staying mum on that subject, but someone else may have all the answers.