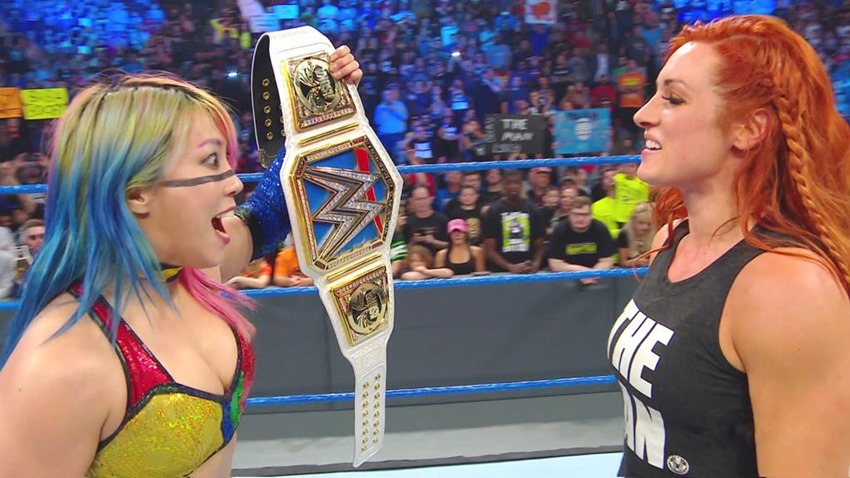 WWE Smackdown LIVE took place from the Jacksonville Veterans Memorial Arena in Jacksonville, Florida. Here’s all the action that went down last night.

Deciding to kick the new year off with a resolution to piss off as many people as possible, WWE Champion Daniel Bryan hit the food court and dished out steaming hot insults a’plenty, berating anyone in earshot for daring to eat junk food. R-Truth cut the tirade short, jumping Bryan and aiming to get some payback after last week’s assault. Payback that would be settled right then and there in a WWE ring.

Unfortunately for R-Truth, Bryan proved just why he’s the reigning champ, as a running knee put little Jimmy’s pal down for the count. Bryan wasn’t out of the woods yet however, as AJ Styles decided to make an appearance and ambush the bearded wonder at the top of the entranceway, pummelling him until security dragged him away.

Ground and pound brutes versus high flyers was the next match on Smackdown LIVE, as the pair of Andrade Almas and Samoa Joe did everything in their power to keep Rey Mysterio and Mustafa Ali grounded. The match highlight came from El Idolo, as he managed to counter Rey Mysterio’s signature 619 into a Hammerlock DDT and pick up the biggest win of his career thus far.

The United States champion wanted revenge after last week saw Shinsuke Nakamura injure his wife Lana, but WWE’s rock star had no intention of meeting Rusev for some one on one time. Instead, Nakamura lured the Bulgarian brute to the backstage area, rammed him with a production crate and dropped a Kinshasa on him for good measure.

The Bar def. The Usos

Looking to re-enter the tag team gold race, the Usos came up short against Cesaro and Sheamus. Thanks to a bizarre distraction from Mandy Rose in which she wore nothing but a towel and asked if Jimmy had seen her ring gear, Cesaro managed to lock in the Neutraliser on Jey Uso and pick up the win. The night wasn’t over yet however, as The Miz appeared to challenge The Bar for the gold with a showdown match at the Royal Rumble.

A match that Sheamus accepted, replying with a Brogue Kick to the A-Lister’s face.

The Empress of Tomorrow’s mighty winning streak may have ended at Wrestlemania last year, but the final weeks of 2018 saw her reclaim her position as the top dog in the WWE. Now, Asuka will have to face Becky Lynch at the Royal Rumble, as the man managed to outlast Charlotte Flair and Carmella in a triple threat match last night. With a Dis-Arm-Her submission that had Carmella tapping out, it looks like the man is more than ready for Asuka.