Home Entertainment The Justice League Snyder Cut is really happening, and now I have to live up to my end of the bargain 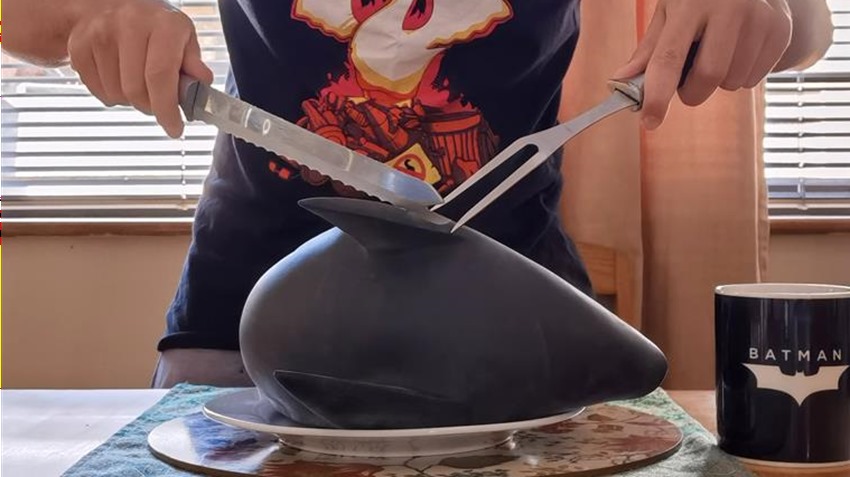 Oh you damn nerds, you’ve done it. Years of campaigning, badly written petitions and nagging have finally paid off, because you’re getting the Zack Snyder version of Justice League. Whether that results in a fantastic dream coming true or a sour reality of there being two awful Justice League movies, I’m not too worried. Believe it or not, I’m actually happy about this and I hope it closes the book on a very weird chapter in the DC Comics Extended Cinematic Too Damn Long Title Universe.

After all, there’s nothing in life that a cheque for $30 million can’t solve. What does piss me off, is my own hubris. For years, the fan demand for the Snyder Cut has usually been met with a reality check, as the proposed cut of Snyder’s original vision for Justice League existed as an unfinished project that was still missing a ton of visual effects work, dialogue and scenes.

Technically speaking, the Snyder Cut still doesn’t exist. Warner Bros. is throwing cash at the director to finish his version of the film, which will then be released on HBO Max as its own film. Technicalities aside, I’m still a man of my word and after having spent the last couple of years claiming that I would literally eat one of my Batman cowls if this movie was ever made, I’ve now realised that it’s time to pay up. I hope you’re all freakin’ happy with yourselves for calling me to account for my actions and deliver, you bastards.

Right, let’s see what’s in the fridge. Aha! A spare Arkham Origins cowl, ready to be served up.

You can apparently do this at a medium heat, but I feel the best way to really cook the vinegar sweat that has fused with the rubber is to go for a high burn on a gas stove:

I’m unfortunately out of Tabasco sauce, but I do have a decent selection of Nandos, which should mask the flavour of unfiltered parental abandonment and the urge to perform dental surgery on homicidal clowns via fist-based methods:

One cooked bat-cowl, served well done. Just like Jason Todd when he tried to stop a bomb with his face.

Let me just reiterate, how much I hate all of you right now for forcing me to uphold my end of the deal. 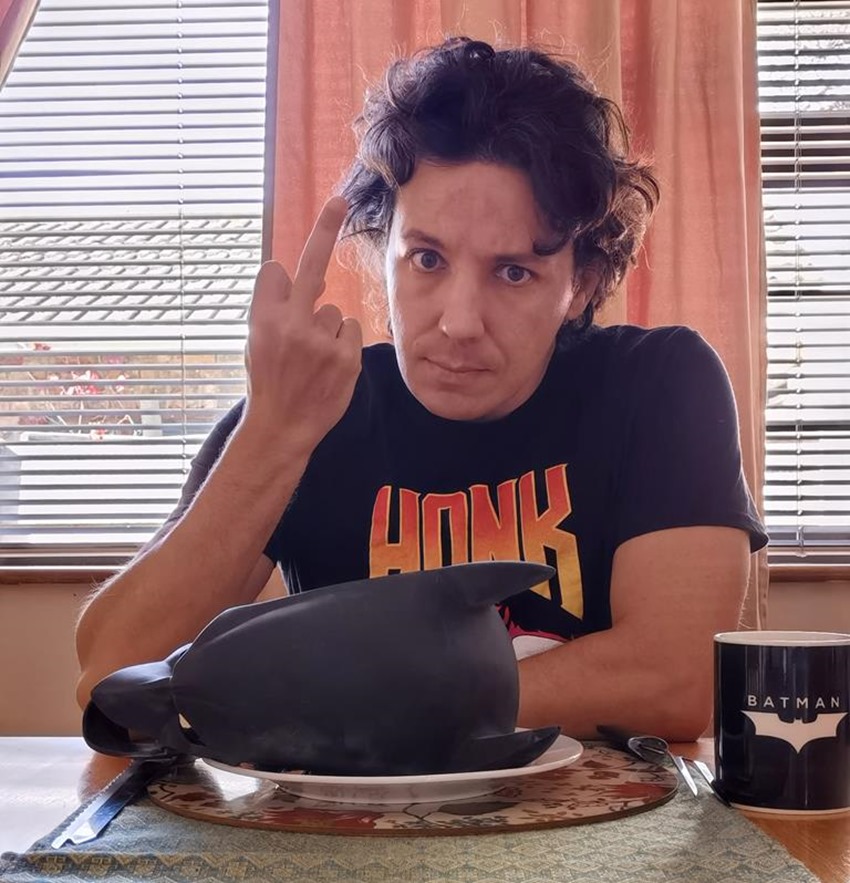 Oh man, all I taste is rubber, an urge to dress young children in bright colours so that they can distract thugs with guns and there’s an odour of latex nipples to this concoction. 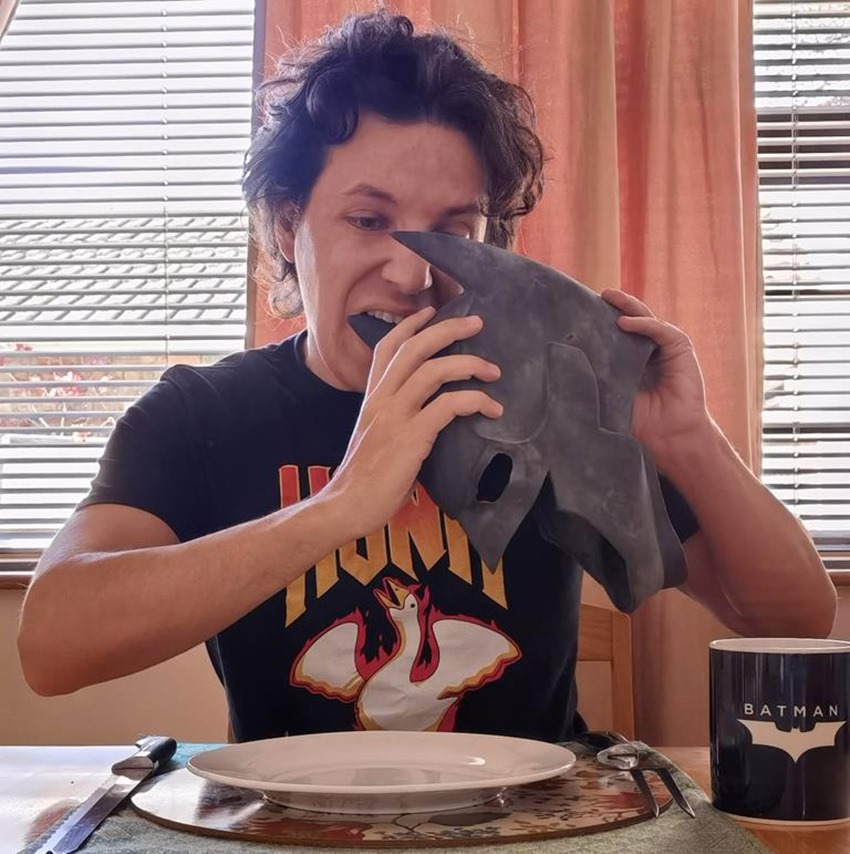 I’m nibbling on this damn thing as if it were scenery when Uma Thurman was in a chewy mood on the set of Batman & Robin. 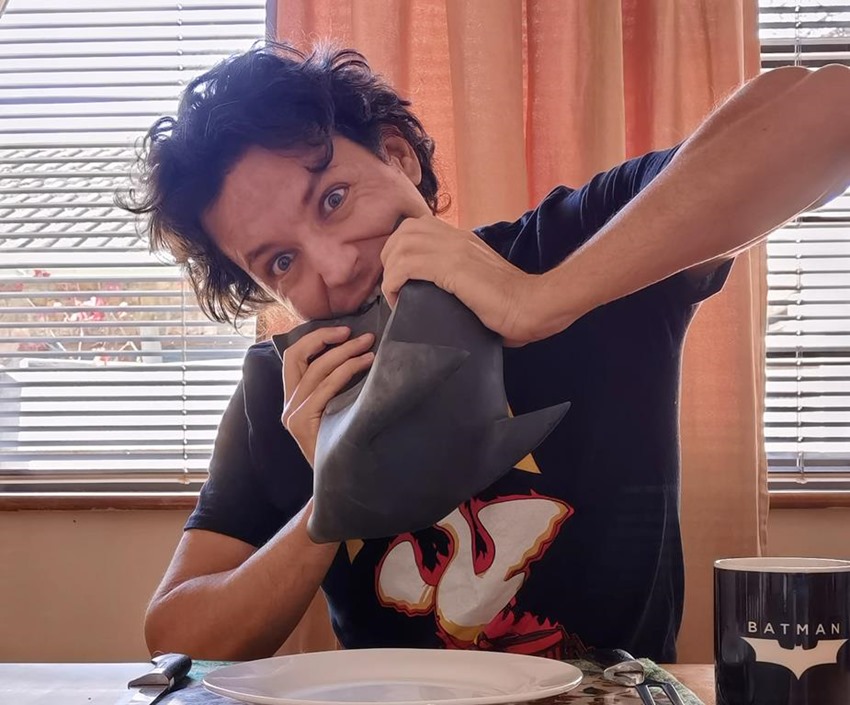 And done! Now if you’ll excuse me I need to hit the bat-loo. Huh, so that’s how the original cut of Justice League was made. 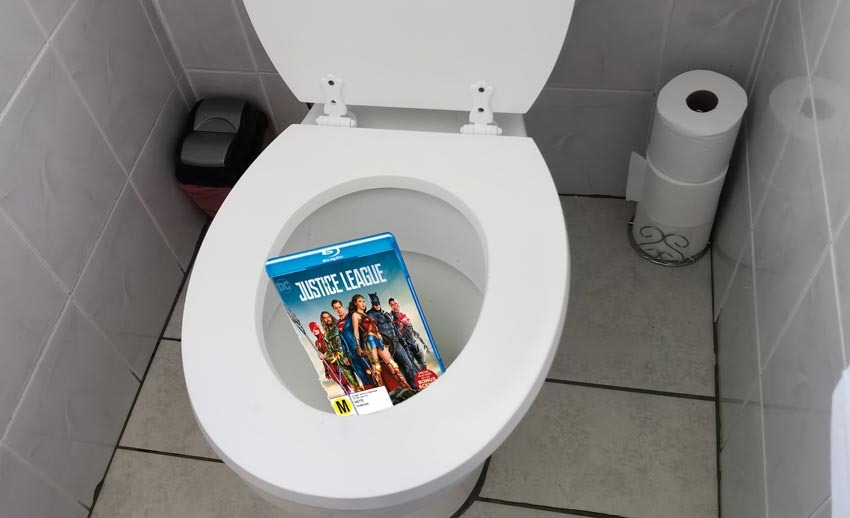 Tune in next week, when I boldly declare that I’ll pick a fight with Mike Tyson if Warner Bros. ever makes an Ambush Bug movie.