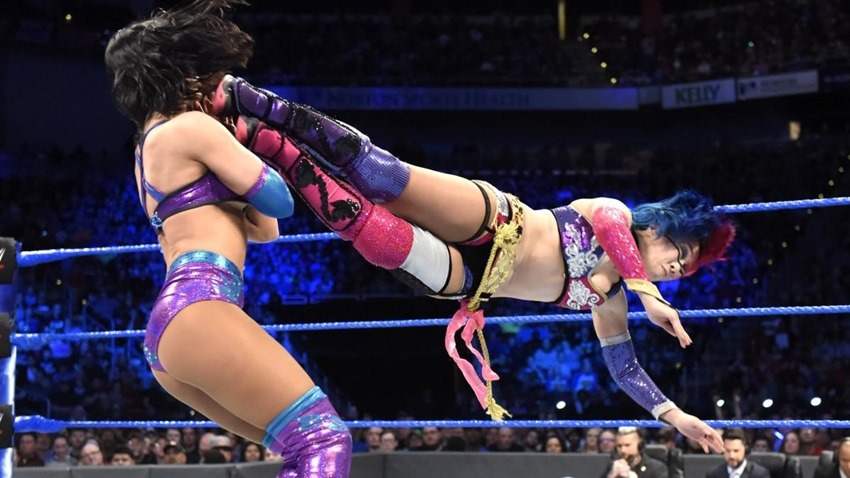 WWE Smackdown LIVE was held at the KFC Yum! Center in Louisville, Kentucky. Here’s all the action that went down ahead of The Greatest Royal Rumble.

If Smackdown LIVE was the land of opportunity, then recent roster addition The Miz wasn’t going to miss out on a chance to face one of his greatest rivals for the first time in three years. Calling out Daniel Bryan on Miz TV, the A-lister got a bigger surprise instead: Big Cass. Back from injury and hungry for the spotlight, Cass promised to break Daniel Bryan and make dead certain that no little man ever overshadowed him ever again.

As for Bryan? Turns out that he’d been attacked earlier in the night, leaving him out for the count and unable to answer the call of The Miz. Mysterious…

Looks like you can add two more names to the list of people who are ready for Asuka and Becky Lynch: Billie Kay and Peyton Royce of the Ilconics, as the latest tag team on the Smackdown LIVE scene ran home to victory. With Asuka removed from the match outside the ring, it was Lynch who fell to a dastardly combination of having her face smashed into the ring and a pin that was augmented with some ring-rope leverage by Peyton.

Ever since they arrived on Smackdown LIVE, the Bludgeon Bros have been on a tour of destruction, earning victory after victory with their overwhelming force. Last night, The Usos finally found some redemption as Jimmy managed to score a win over the ruthless Rowan. With a little help from his wife Naomi and her distracting entrance, Rowan felt the full brunt of a superkick from the veteran Uso, falling for the 1-2-3.

And then Charlotte Flair smashed Carmella with a table.

Chad Gable and Shelton Benjamin may no longer be a tag team, but both men are already off to a strong start in their new solo careers. While Gable defeated Jinder Mahal on RAW, Benjamin also scored a victory of his own under dubious circumstances. With United States Champion Jeff Hardy at ringside, chaos broke out when a masked man attacked him and dashed into the ring.

Turns out that the assailant was none other than Sunil Singh, who quickly ate an RKO from Orton. The distraction was costly however, as Benjamin seized the chance to deliver a Paydirt finisher to Orton, walking out with the win.

In a massive tag team main event that set the stage before the Greatest Royal Rumble this weekend, it was Shinsuke Nakamura who was left celebrating after he delivered a stiff Kinshasa to the head of Luke Gallows. Hungry for vengeance after two weeks of low blows, AJ Styles flung himself at Nakamura but instead wound up eating another dreaded crotch chop, while Karl Anderson stepped in to take a Kinshasa for the champ. 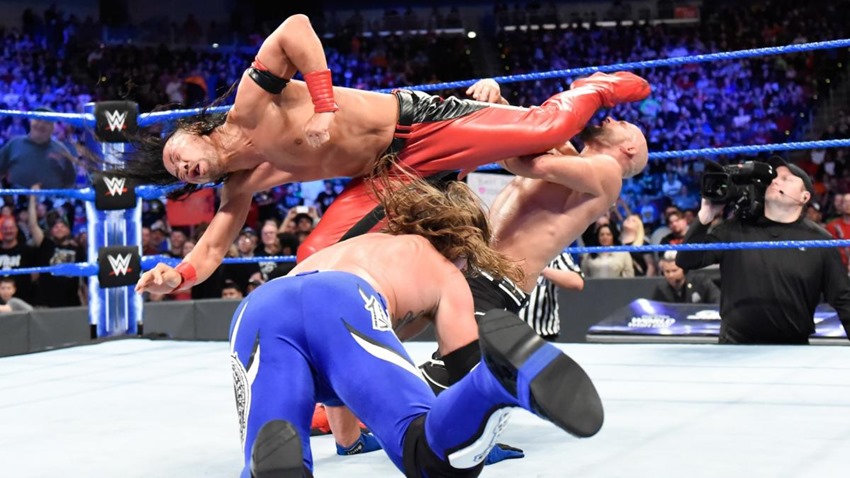 Looks like one hell of a rematch is on the cards this weekend at the next big showdown between these two legends.