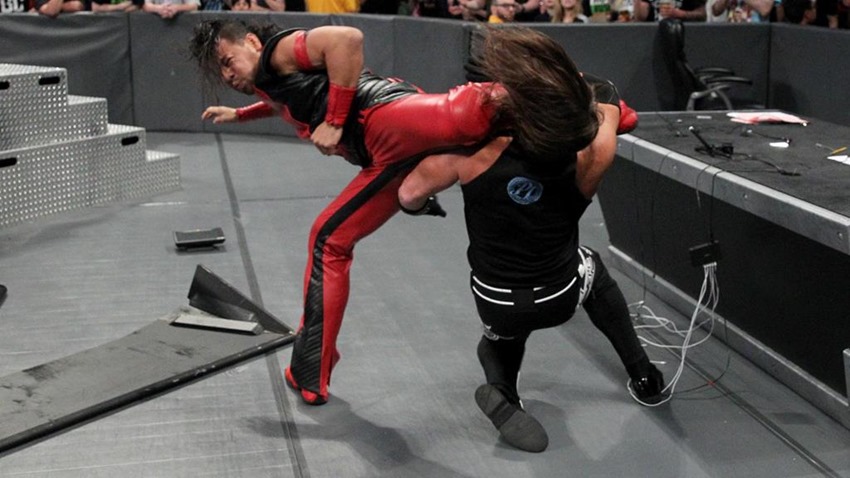 WWE Smackdown LIVE took place from the DCU Center in Worcester, Massachusetts. Here’s all the action that went down ahead of the Money In The Bank event.

And it wasn’t for fun and scones. Instead, the A-Lister was looking to see which member of The New Day would be taking part in the Money in the Bank ladder match, so that he could scout his competition ahead of time. The Miz might have also tried to play a few mind games to weaken the bonds between the Flapjack-loving trio, but his attempts earned him no answer, a pelting of flapjacks and a match against Big E as per general manager Paige’s orders.

The Miz looked to be in a huge heap of trouble against Big E, as the former five-count man kept the pressure on and had his team to back him up when the going got tough. While it looked like Big E would earn another victory that night, The Bar had other plans. Sheamus and Cesaro caused absolute chaos around the ring, leading to a perfect distraction and a Skull-Crushing Finale.

Lana def. Billie Kay in a Women’s Money in the Bank Qualifying Match

Forget about Rusev Day, yesterday saw the debut of Lana Day as Billie Kay of the Iiconics felt the wrath of the ravishing Russian. Working through some ringside shenanigans from Peyton Royce, Lana didn’t just pick up a win. She picked up her first ever singles win in the WWE.

Another week, another squash as Andrade Almas devastated some more local talent as his reputation began to build.

The bad blood between Shinsuke Nakamura and AJ Styles continued to fester, as the King of Strong Style finally revealed just what kind of match he’d challenge the phenomenal one. Which he did, after the two men battered one another around the ring for a bit. Nakamura came out on top, breaking Styles in half with a steel chair and Kinshasa, leaving a motionless Styles to learn the hard way about the type of match he’d be taking part in: A last man standing bout.

Luke Gallows and Karl Anderson def. The Usos to earn the opportunity to contend for the SmackDown Tag Team Titles at WWE Money in the Bank

Is this the fall of The Usos? Looking for payback against the Bludgeon Bros., Jimmy and Jey Uso went all in with their match against the good brothers, but Luke Gallows and Karl Anderson were just too much for the duo. One Magic Killer on Jimmy, and the match was over and done with. Looks like revenge will have to wait for the former tag team champions.

Naomi def. Sonya Deville in a Women’s Money in the Bank Qualifying Match

Quick roll-up pin win from Naomi to earn a spot in the Women’s Money in the Bank ladder match. That “surprise” finish is starting to get a tad bit stale.

Daniel Bryan def. Jeff Hardy to earn a second opportunity at a Money in the Bank Qualifying Match

The charismatic enigma versus the underdog, for the first time ever. What a fight! With a second chance at qualifying for the Men’s Money in the Bank ladder match, Daniel Bryan once again has a long road ahead of him if he wants to regain WWE gold and glory again. The two competitors threw everything they had at each other, emptying their arsenal in the process and wearing each other down. 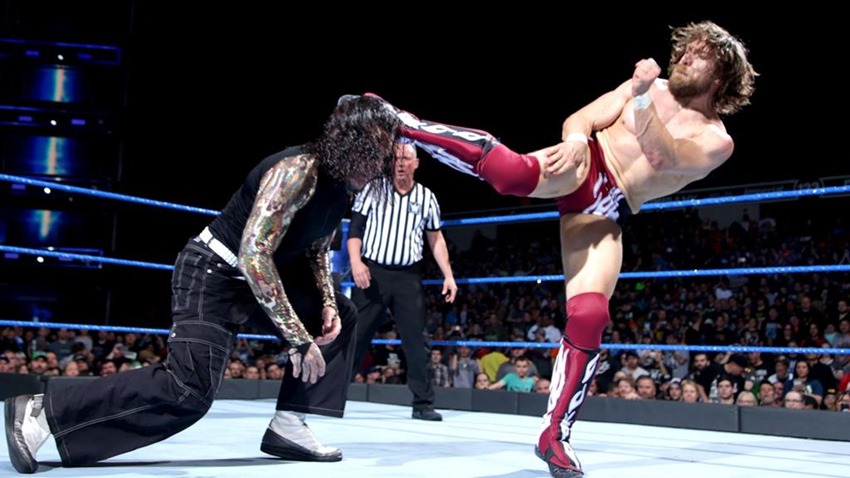 Just when it looked like Jeff Hardy would take the win, Bryan took advantage of a sprained knee that Hardy had picked up and locked him into a Heel-Hook submission. Unable to escape, Hardy was forced to submit as Bryan picked up a huge win. But as he was reminded by the man himself, he’ll need to go through Samoa Joe next week on his journey back to the main event.