Home Features Hands on with The Crew 2 – Cruis’n USA

We couldn’t quite believe it ourselves, but during a four-hour play session with The Crew 2, we did everything from daring aerobatics to power-boat gymkhana, getting so carried away that we only just found time to try out the range of licensed luxury cars. Basically, we found out what 13 million fans of Ivory Tower’s online-only open-world racer wanted to see from their favourite franchise next. That is: four different motor-sport disciplines spanning earth, land and water. Also, a story that would be so much more interesting if it’s all about you. 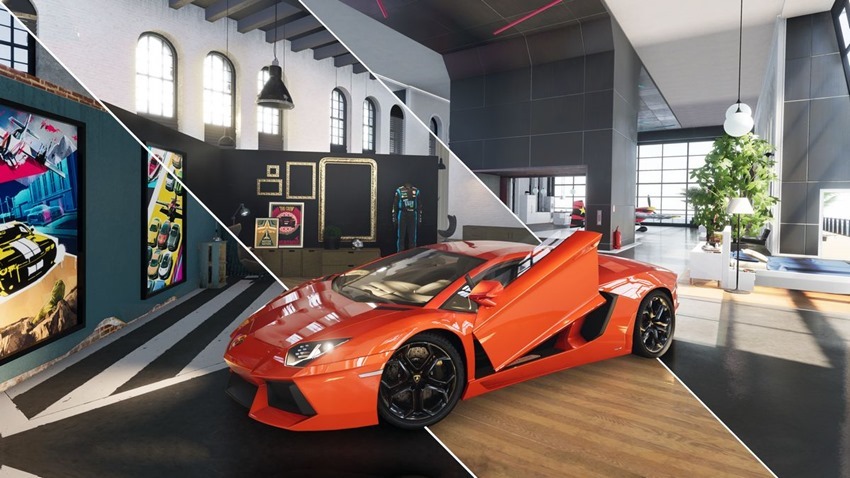 As with Bungie’s shared-world shooter Destiny, Ivory Tower’s first attempt at a community oriented racer was served raw, and has evolved over the past few years. It has been largely the community that has guided the direction, and the guys we spoke to at Ivory Tower are completely transparent about this whole deal. And so, the franchise that started out as a riff on concepts like Test Drive Unlimited or Need for Speed: World is soon to be overtaken by an experience that places equal priority on vehicles other than cars. The narrative ditches protagonist Alex Taylor completely, instead putting players centre stage – or rather, in front of the virtual cameras of the ‘LIVE’ media agency, currently scouting for this season’s hero. 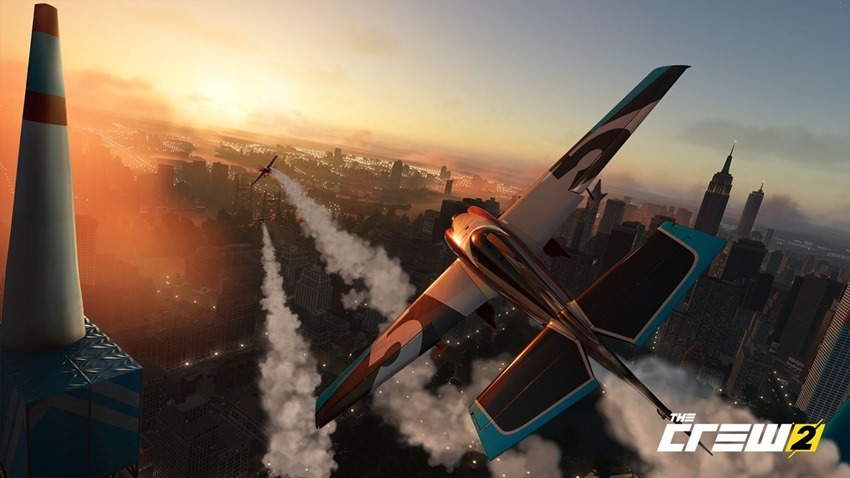 A condensed version of the USA, comprising famous landmarks and locations, is once again the backdrop for all the action. However, instead of a storyline leading us from one place to the next, players are encouraged to follow instincts and/or trust their capabilities in order to grow an audience for their LIVE sponsors. Since the gameplay has retained its streamlined ‘arcade’ control style, the transition from road or off-road vehicle to an aircraft or boat is smooth to make. We were deftly performing outside loops, stall turns and nose dives in our tiny plane after only a few attempts at getting a feel for it. Same with power-drifting in the speed boats – it’s cliché to say, but the intention here is easy to play, difficult to master. 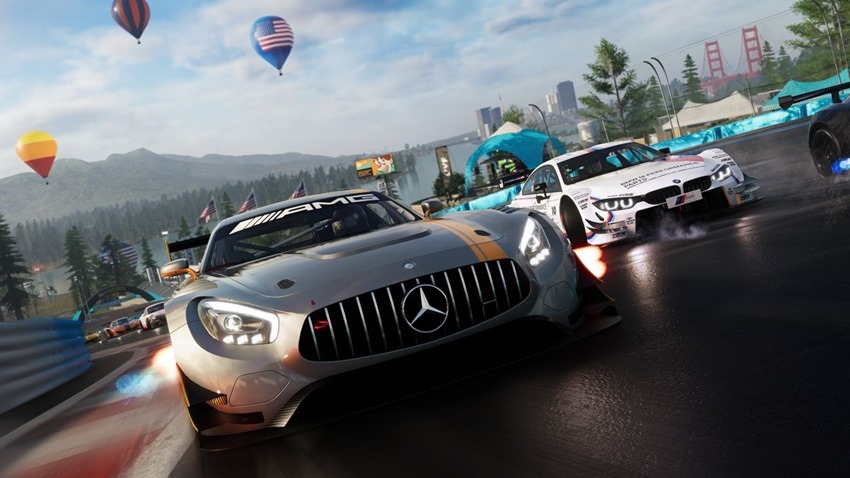 There’s no pretence from Ubisoft or Ivory Tower that The Crew 2 is in any way a simulation, everything is played for fun. The clearest example, should proof be needed, is the ability to switch from one vehicle type to another, quite literally on the fly. Say you’re driving a car, but spot a nearby mountain range that would be a blast to fly over or in-between, you can be doing so within seconds. Alternatively, you might spy a boat-racing event while practicing barrel rolls, and fall from the sky to land immediately behind the wheel, hand on throttle. 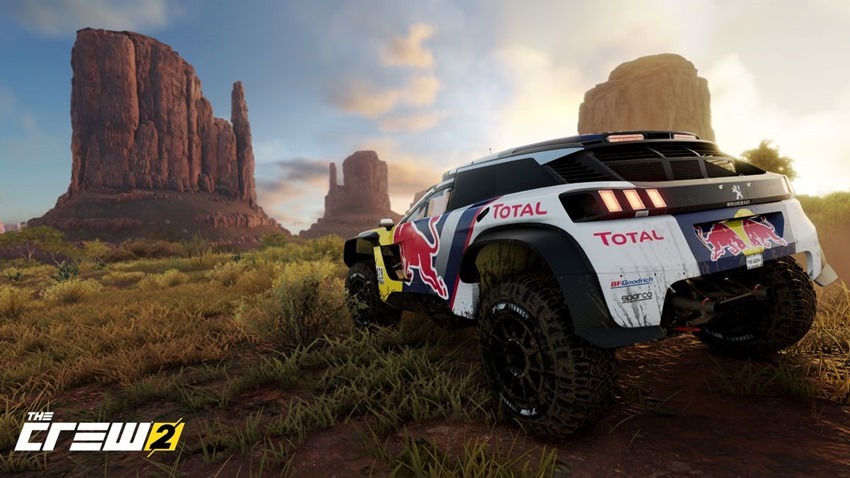 When The Crew first arrived, it drew criticism for feeling quite linear, also rather lonesome, both of which don’t fit the description of MMO. However, after two expansions (‘Wild Run’ in 2015, ‘Calling All Units’ in 2016) the development team drew closer to understanding how players wanted to spend their time in what had essentially become their game. And so, with the game eventually measuring up to those early expectations, the audience began to grow.

The Crew 2 is not completely free-form – it adapts the quest-oriented RPG-like structure of popular MMOs to provide the framework. Players are invited to join a team, or ‘family’, of a particular discipline, then race or perform stunts to earn the team leader’s respect, 1000s of followers via LIVE broadcasts, and mountains of cash from top place finishes in competition.

There’s just enough authenticity to let you believe that you’re living this crazy dream, chiefly the team-leader NPCs whom Ivory Tower claims to have based on real people encountered during the course of research in America. It’s a simple device that encourages showing off, before – the developers hope – collaborating with, or competing against, other players.

Just as RPGs have drifted into the mainstream, to the point that games such as Horizon: Zero Dawn and even Wolfenstein share a similar grind-oriented approach to levelling up, MMO presentation makes more sense for an open-world vehicular adventure than it did a few short years ago. The Crew 2 concept might seem quite a leap in theory, yet in practice we found the vehicle switching made sense, and could almost be treated as an alternative social space to so many fantasy worlds or science-fiction shooters.

The biggest question hanging over The Crew 2 is how Ubisoft and Ivory Tower will keep the End Game players satisfied after a few months… we’ll see.

So, the new game reveal by Ubisoft was for XDefiant, a new free-to-play, first-person aren…