Earlier this week, for a story about Uncharted 4, Geoff made a silly header image featuring an unlikely mash up of one of the evil Transformers in the Uncharted world. It got us giggling, and then thinking about what other unlikely mash-ups we’d love to see. So the team, using our admittedly poor, varying Photoshop skillz made a few more.  Here they are.

There’s a treasure lying underneath the sands of whichever backwards nation that Nathan Drake has found himself in this time. A treasure that is said to have the power of a thousand Baysplosions, prima-donna actors and enough special effects to convince an entire wing of Industrial Light and Magic to sip on some poisoned Kool-Aid. It’s a race against time as Drake finds that out that the most powerful artifact on the planet might just be a skyscraper-sized robot that pumps pure genocide through its veins!

They say that Arkham City is where dreams can be made, provided that you’re willing to get your hands dirty. It’s also the city where you’re most likely to get your face punched in by an orphan with issues and too much cash in his trust fund pockets. Three career criminals will learn the hard way that the only thing crazier than their pal Kevin, might be the super villains who run Arkham City. And may the gods have mercy on any many man who triggers a five star wanted rating in this prison city.

They’ve fought street punks, end-stage bosses and the Shadow Master himself. Now, Jimmy Lee and Billy will put their martial arts skills to test when they take on their greatest challenge ever, an actual dragon and oh crap they’re dead already.

You loved Command and Conquer. You adored Wing Commander. Electronic Arts hated them both as much a dad with a red-headed stepchild. now watch as two beloved game franchises get thrown together, as GDI and the Terran Confederation team up to take down a Kilrathi and NOD coalition that requires you to please pay R9.95 to read the rest of this blurb.

The greatest actors in the world aren’t in Hollywood movies. They hail from football pitches, where even the slightest contact in a game of soccer can result in a performance that’ll move your heart. And in FIFA Street Fighter, we’re going to give them something to really cry about. HADOUKEN! 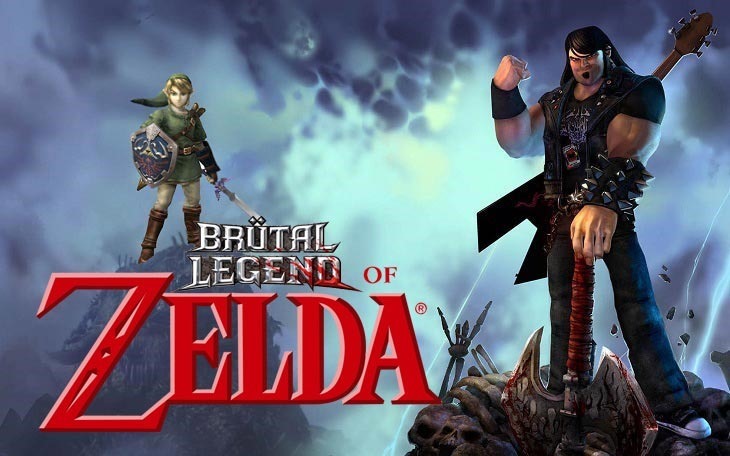 Eddie Riggs. Link. Two of gaming’s greatest and most unappreciated heroes team, and are ready to rock! Ganondorf is once again breakin’ the Hyrule Law, and only a hero in green and a roadie can stop him. Load up, hit the road and lay a sweet-ass jam down, as the show must go on!

There’s something out there. It’s slowly making it’s way to deep space engineer Isaac Clarke, who has seen the rhythmic terror that is on the way. The only problem? For each invader that he kills, the remaining forces will get closer and faster, and the government will not heed his warnings to shoot where they will be instead of where they actually are. This, will be the final fight for humanity.

One of them is heavily medicated gumshoe who has lost complete touch with reality. The other is…wait, that describes Sam and Max Payne perfectly.Join the duo as they take on all new mysteries, using a combination of brains, painkillers, prescription medication, suicide attempts and slow motion gunplay to solve at least one mystery in the next big outing for the hired cops!

It’s a me, Mario! Can a portly plumber from New York survive the combined might of a frozen ninja, a spectral shinobi and various other hardened fighters? See, here’s the thing: After beating dragons, man-eating plants and causing more carnage in a single level of spine-crushing violence than an entire series of fighting games, Mortal Kombat might be on the losing end here. Mario isn’t trapped inside the Mortal Kombat universe. It’s trapped inside with him.

I’d tell you more about the brand new addition to the World of Warcraft that includes a bloodthirsty maniac wielding the weapons of a butchered pantheon, but I need to go slay five sheep first.

I got a need! A need for speed! It’s Sonic the Hedgehog, back and in the kind of game that people actually want to play on the PlayStation 4. But will you be a good hedgehog, or will you use your speedy powers to be a badass roadhog instead? The choice (And Karma) is yours!

Never bring a bikini to a volleyball fight. Unless you’re up against John Marston, who is setting out to prove that all those lassoing skills weren’t for naught after all. It’s east meets west, and the only winners here will be the fans watching this event unfold. In slow, jiggly motion.

Join Thomas and his ragtag group of friends as they travel through a new nightmare. Faced with zombies and unbeatable foes, will they be forced to make the ultimate sacrifice or can Thomas be the architect of their escape?

In Beyond: Two Souls, there were many emotions. So many polygons of emotions that starred Ellen Page. In her next game however, she’s only going to experience one emotion: Fear. Because there ain’t jackcrap that a ghost pal can do when you’re confronted by a towering Mirror Knight who is looking to add your fresh skin to his collection of foolhardy adventurers.

It’s a brave new world out there, after the apocalypse has hit. A world where mutants roam the landscape, bottle caps are a currency and there’s a conspiracy around every corner. only the cleverest and most well prepared of vault dwellers can survive this new world. But it doesn’t hurt to have a gigantic mechanized warsuit to call upon either when a rad-scorpion makes an appearance. 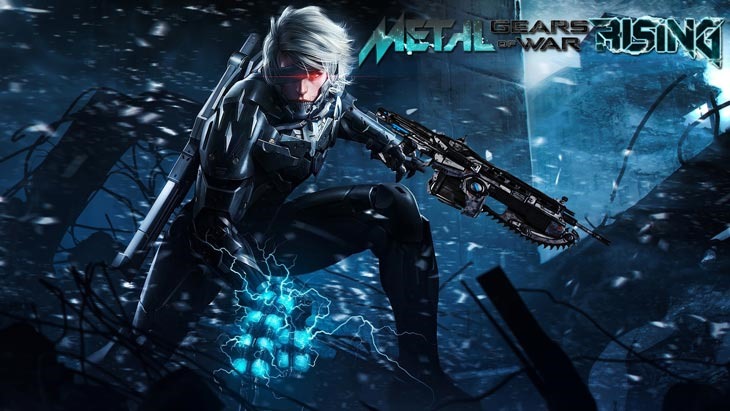 In Metal Gear Rising, nothing was deadlier than Raiden and his Zandatsu skill. In the Gears of War series, the most brutal weapon on the battlefield was a gun with a chainsaw attached to it. What happens when the cyborg soldier of the future gets his hands on that legendary weapon? A crossover of unbelievably violent proportions, that’s what. ZANDATSU! 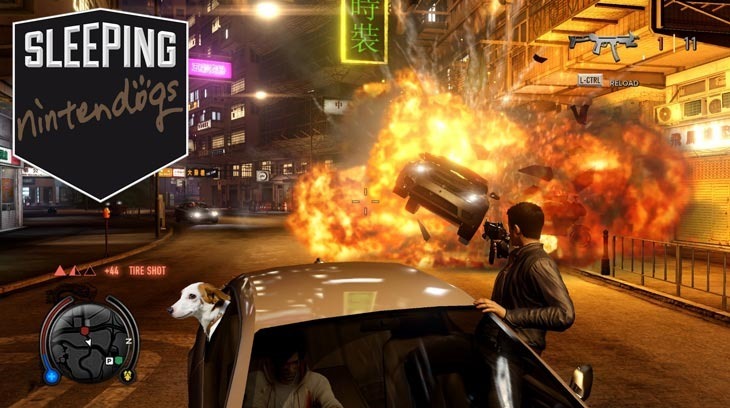 When your simulated puppy grows up, he can’t help but become jaded by the violence committed against other breeds. Going deep undercover with the Triads, he must find the balance between revenge and justice, and resist the temptation to eat all the pork buns. Street pass your friends for extra martial arts battles! 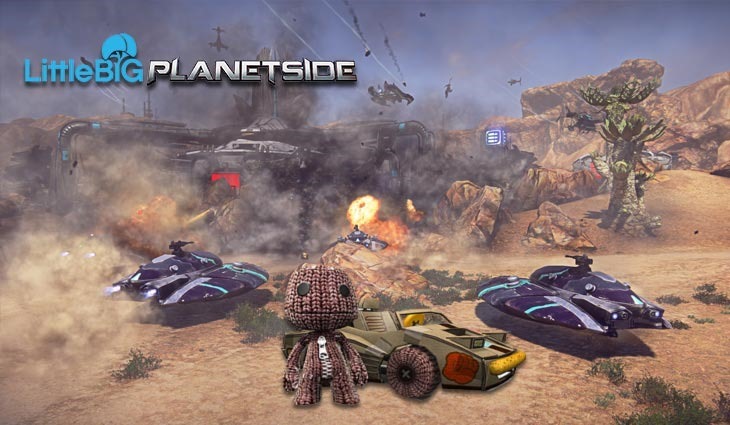 This uniquely customizable game lets you build your own continent on Auraxis. With adorable options to choose from, challenge your friends to defeat your factions in this massive, multiplayer shooting, driving and everything else experience.  experience. 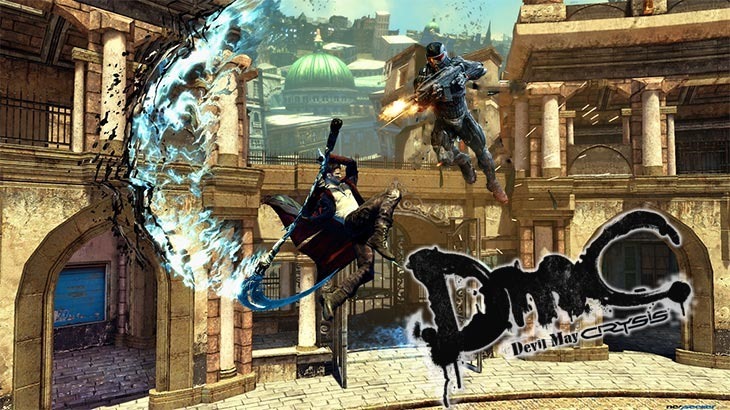 DMC is the height of beautiful hack and slash action, set in a gothic, dark fantasy world. Crysis is a stunning FPS in a dark, alien fighting future. When their powers combine, we can hack, slash and pew pew our way to success in a futuristic dark fantasy in full HD glory. Excuse me, I just need a change of undies are writing that sentence. 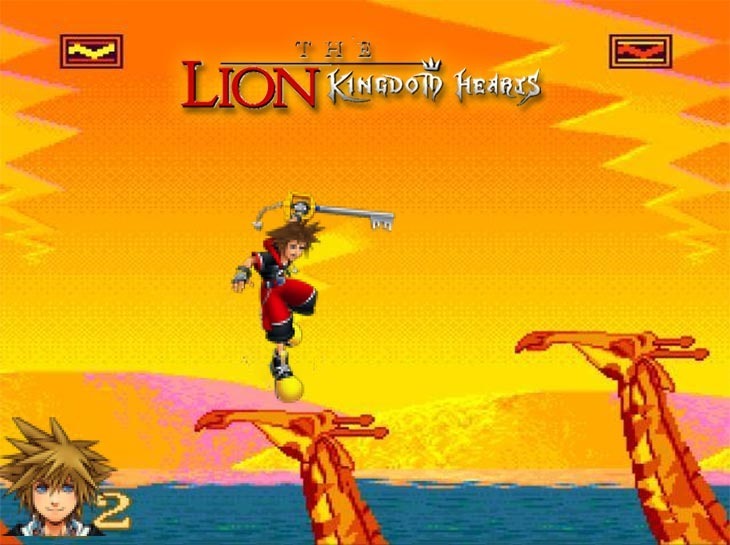 Not enough of your favorite characters in Kingdom Hearts? Never fear, the Lion Kingdom Hearts is here. Removing all those other Disney characters, this title goes all out as Scar forces you through numerous worlds as you seek to save Mufasa’s soul so Yuna can lay him to rest. Look out for special appearances from Cloud and even Lightning, or is it Snow? One of those weather-feature-named Final Fantasy characters will help put a smile on your face.

Adobe finally working on bringing Illustrator to the iPad

Being able to use Illustrator on an iPad seems like a logical choice. Something Adobe is f…