Home Gaming 50+ Reasons to be excited for Super Smash Bros. on the Wii U 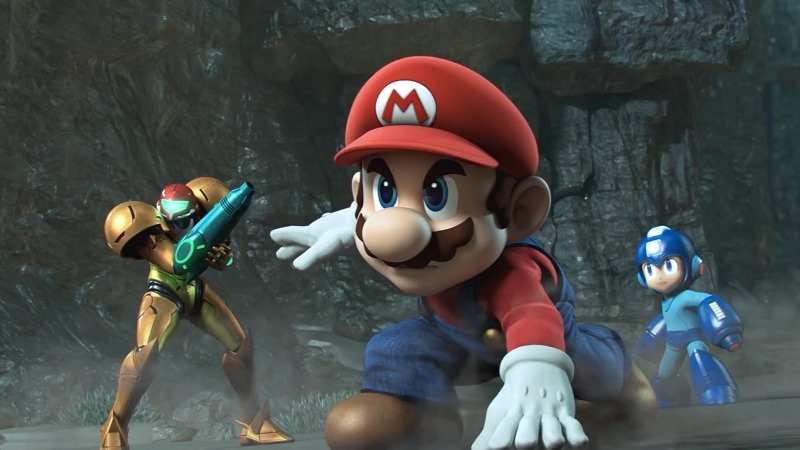 I absolutely love Super Smash Bros. for the 3DS. I still pick up the game whenever I can for a quick brawl or two. If the handheld edition is that good, I can only imagine how much better the Wii U version will be. Here are 52 reasons to be excited for the upcoming game.

You can watch the Nintendo video right here, but because I love you all, I’ve summarised everything briefly below. It’s a lengthy read, but if you’re a fan, take the time to browse through it.

1. Starting Fighter Line-up: More fighters from the get-go
2. Resolution: 400 x 240 on the 3DS versus 1920 x 1080 on the Wii U
3. 8-player Smash: Only available offline, but 8 people on screen battling it out!
4. Bigger Stages: Specially made for the 8 player smash battles
5. Danger Zones: A stage where there are zones that hurt players. Smack your opponent into them!
6. Dual-Plane Battling: A new stage which has a foreground and background for battles to take place.
7. Number of Stages: More stages on Wii U compared to 3DS. Stages are more detailed too.
8. Miiverse STAGE: A stage filled with posts from each fighter, appearing in battle.
9. Palutena’s Guidance: Advice and commentary from Pit and other characters.
10. Metal Face: A special appearance and commentary from Metal Face on his level

11. Ridley: Archenemies of Samus, Ridley, can be fought and swayed to a players’ side
12. Coin Battles: Coin battles are casual. Collect coins from fallen enemies instead of worrying about stock
13. Stamina Battle: Instead of a damage percentage, players have an HP bar.
14. Special Smash: Tailor make your own crazy battles.
15. Item Frequency: Adjust the frequency in which items appear
16. My Music: All the songs from various stages and series, set how frequently they play
17. Menu Music: Change the menu music with whatever song you like from the game.
18. Loads of Music: 3DS has loads of tracks, but Wii U version has loads more.
19. Composers: With more songs comes more composers. the game has LOTS.
20. CDs: Songs can be found in-game during battles or as rewards. Collect them all!

21. Challenges: The Wii U challenges are all on one screen. Achieve them to unlock even more.
22. Classic Mode: Wii U version lets you advance based on how well you have survived. Can be played 2-player
23. Clear Movies: Finishing classic mode or all-star mode unlocks a short movie on the character used.
24. All-Star Mode: You battle all fighters in the game. Unlike the 3DS version, you fight from newest to oldest chronologically.
25. Event Mode: You take on set themed battles. Clearing stages unlocks the path forward.
26. Smash Tour: Like a board game where you spin a wheel to advance around the map. As you advance, you collect more fighters and get stronger. Arriving on the same space results in a battle. THIS LOOKS AMAZING. Sorry, just my two cents.
27. Target Blast: Differs to the 3DS version slightly. Bigger second bomb and extra stages.
28. Group Stadium: Play the stadium mini-games with up to four people.
29. Special Orders: Master Hand has challenges for the player. Greater risk results in greater rewards.
30. Master Fortress: Fortress only appears on higher intensity battles

31. Controllers: So many controller options. Connect anything from your Wiimote and your 3DS to the Wii U console.
32. GameCube Controller Adapter for Wii U: Connect your GameCube controller to your console. There will also be a Super Smash Bros themed controller released sometime in the future.
33. Use Nintendo 3DS as a controller: Pretty self explanatory, you need a copy of the game on the 3DS though for this to work.
34. Connecting to Nintendo 3DS: Import your 3DS created characters over to the Wii U
35. Loads of Trophies: More trophies than EVER BEFORE. I don’t even know how that is possible.
36. Final Smash Trophies: Even better trophies acquired by finishing all-star mode with each character.
37. Trophy Exhibition: Display your collection on trophy boxes according to themes.
38. Photo Studio: Setup your own scene however you want and snap away.
39. Trophy Rush: You can play with two players in the Wii U version.
40. Masterpieces: Take a look at the origin of each character. You can even play a short snippet of their game! If you like a game enough, you can buy the full version in the Nintendo eShop.

41. Amiibo: We want them all. Need I say more?
42. Internet Connection: Wifi signal low? Use the Wii LAN Adapter.
43. Automatic Notices: When logged on, you can see news scrolling at the top of the main menu.
44. Friends & Tags: You can team up with an offline buddy to play online.
45. Tourneys: Host your own tournament. Will take a while before available in-game, but should be awesome once implemented.
46.Official Tourneys: 64 players fighting for survival, hosted by Nintendo.
47. Wii U GamePad: The GamePad can be setup to show what is on the TV, or how much damage has been taken by each player
48. Paint: Compose your shot, take a picture, then use the GamePad to decorate the photo.
49. Voice Chat: You can chat with your friends online. Unavailable during battle though, only before and after.
50. Stage Builder: Oh my goodness, a stage builder! Design a stage, add obstacles, let your imagination run wild!.
51. Sharing: Only added when ready. Will allow players to share all their content to friends and online.
52. Other Modes: Other modes on the 3DS will be available on the Wii U version too.

Phew, that was long! It’s worth a read though. The Wii U version looks spectacular. I don’t own the console myself, so I foresee many trips to Geoff’s place to have my ass handed to me. DOESN’T MATTER HAD FUN! Are you excited for this game? Which features stand out for you? Personally, I like the sound of Smash Tour. That should make for a brilliant party game. Also, a stage builder? Sounds amazing! Fans have a lot to look forward to.