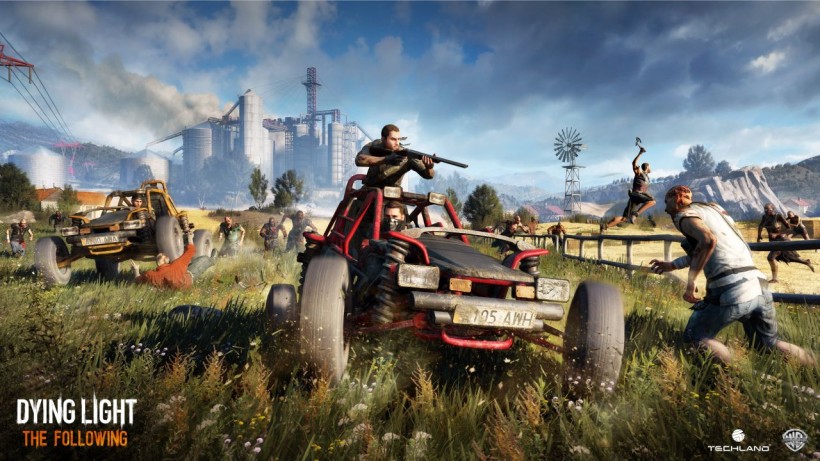 Dying Light is without a doubt on of the best games of the year. Its early January release date might’ve let it fall out of your memory a little later into the year, but its still some of the best zombie fun I’ve ever had in a video game. The parkour-centric zombie smasher usually stuck to cities densely packed with rooftops and buildings to scurry up, but that’s exactly the opposite of what The Following will offer.

The Following is an upcoming expansion for Dying Light that will feature a brand new countryside area for you to explore. In a lengthy 15-minute gameplay video, developers Techland detail how this new area is in fact bigger than all of Dying Light’s cities combined – making the introduction of drivable buggies and more a necessity to get around. As always, there’s loads of zombie blood and guts in-between everything.

The Following features the same (rather bland) protagonist Kyle Crane, as he investigates a new cult that is seemingly immune to the zombie virus. One thing leads to another and soon enough you’ll have a flaming machete or electrified pickaxe in your hand – mowing down undead hordes like it’s business.

While melee weapons are still central, Techland has also added the highly requested crossbow, more submachine guns and more. Locals you deal with also have a karmic system now –reacting to your actions and changing whether they’ll aid you in your adventure or not.

All of this wraps up into a meaty expansion that is (get this) actually included with the game’s Season Pass. If you never picked that up, you can purchase The Following separately for $14.99, when it launches across all Dying Light platforms sometime soon.