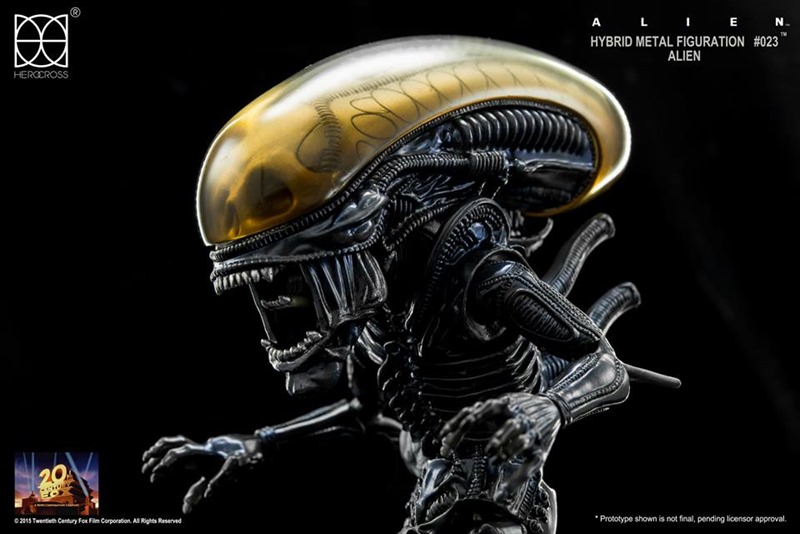 The Xenomorph! Scourge of the galaxy! The deadliest of any species! Master of the tongue kiss of death! A living nightmare for anybody who suffers from Phallophobia! And now also the cutest little killer that you’ve ever lied eyes on. Just look at it! DaaaaaaaaaaarrrrrggghhhIT’SINTHEVENTS!

HEROCROSS have a face to hug and a buck to hunt with their upcoming $102 Big Chap Alien Hybrid Metal Figuration Figure. Now properly painted, the full kit includes an adorable Xenomorph, Facehugger and an acid spit effect. The final figure will stand at around 14cm in height. Check it!

I’ve always dug the Xenomorph. It’s an astonishingly effective design in movie monster history, and one that has evolved over the years to feature more details and ideas incorporated into its canon. After all, you’ve got the original bastard that stalked Ellen Ripley, the Xenomorph queen, the dog Xenomorph from Alien 3 and a new generation version that was meant to have both male and female reproductive organs in Alien: Resurrection.

Thank the French that that never happened. But always remember: Nothing is deadlier than the dreaded office stapler Xenomorph.