Home Gaming Allies and enemies in The Division 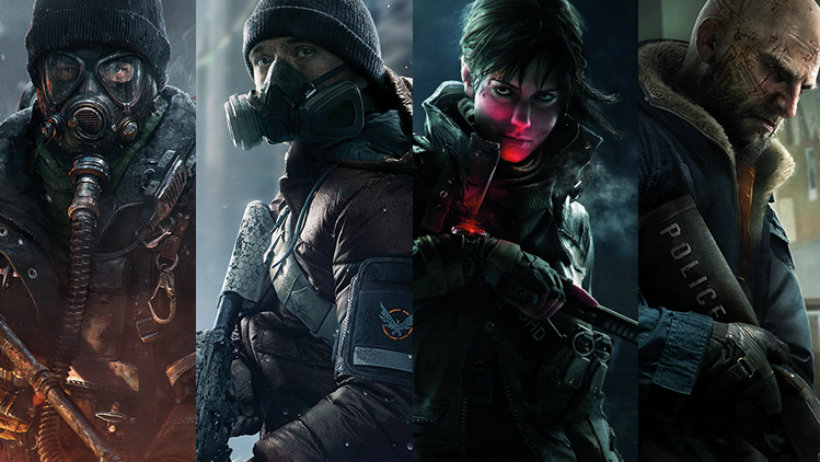 I am so amped for The Division. I will probably never enter the PvP area, the Dead Zone. But I will definitely run around helping to take back New York from some baddies. An RPG survival shooter sounds like a game that could easily chew up hours of my life, and now Ubisoft is clarifying who will be helping and hindering along the way.

In a new feature on the UbiBlog, they’ve clarified the friends and foes as follows. Obviously you’ll have a co-op team of agents with whom you can engage in scripted co-op dialogue like they do in all the Ubisoft press conferences. But you don’t have to team up with other agents if you don’t want to – you can fly solo and still not be totally alone.

The Joint Task Force consists of the National Guard, police and fire services as well as medical personnel. These are the people trying to put an end to the virus and reclaim the city. Remember in the 2013 demo how we saw players clearing out a police station so that friendlies could move in and take over? These are those friendlies.

The citizens of New York City are trapped amidst all this violence and they are relying on the Agents and the JTF to help them stay safe. They bring life to the decaying city, but they also reflect the job you’re doing there. Have you successfully cleared all threats out of an area? Is the city returning to order? You’ll be able to tell in part because of how the civilians react to you. You can actually see a noticeable difference in their behavior when you’ve done your job right.

Rather than fear you like they initially do when you first come onto the scene, they will recognize you and treat you like an ally of the city. As Gerighty explains, the citizens’ reactions and the reactions of the JTF are essential for you to understand how good of a job you’re doing. So while they might not aid you directly, you are in Manhattan for the civilians, and they should never be forgotten.

I love the idea that as you do well, the city will improve, civilians will be happy to see you and you might actually see the difference that you’re making. It’s things like these that make me feel like the gameplay is actually doing something.

As for the bad guys, the latest reveal are The Rikers. These are escaped inmates from Rikers Island prison who obviously aren’t the biggest fans of the Joint Task Force. But I’m much more intrigued by The Cleaners. These are the flame throwing psychopaths who also want to reclaim the city and rid it of disease in the same way people of the internet like to deal with spiders – with fire. Attracted to areas of high contagion and extremely aggressive, these sanitation workers seem like some seriously badass villains to fight.