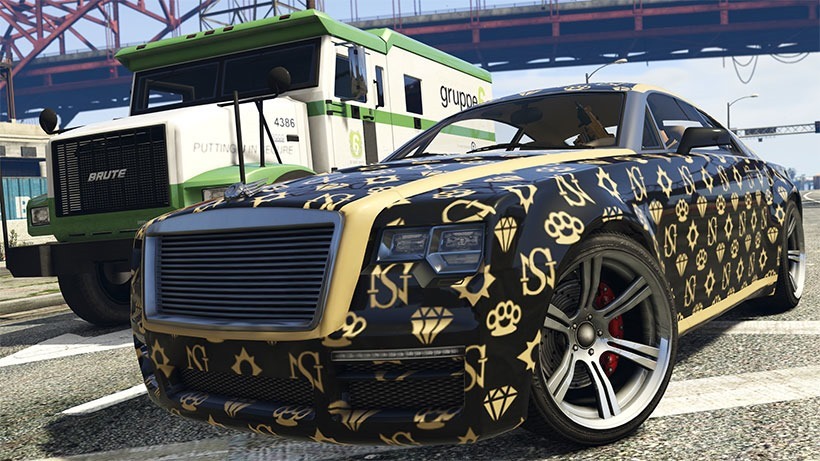 Last week, we told you that the second Ill Gotten Gains update for GTA V was causing a handful of issues for players. While missing cars are a bother, more serious are the claims of performance degradation following the patch. Some users claim that their beefy systems have been brought to a standstill by an otherwise well optimised game that used to run flawlessly.

According to the people who spend an inordinate amount of time modding the game, the reason it’s now broken is that Rockstar has purposefully inserted a bunch of junk code to stop hacks, mods and cheats – with the unfortunate side effect of killing the game’s performance.

The developers of the LCPD First Response Mod (LCPDFR) say that their mod has been delayed thanks to “protections against modding introduced in the first update, which includes a whopping 3 MB of junk code.” It’s this Junk code, they assert that’s breaking the game’s performance.

“We had planned to release LSPDFR 0.2 tonight, although for a number of reasons outwith our control, this unfortunately won’t be possible.

In the latest update for GTA V, Ill Gotten Gains Part 2, Rockstar Games strengthened their protections against modding introduced in the first update. Included in this was a whopping 3 MB of junk code designed to confuse modders. Instead of the native functions of the game being accessible directly – we now have to jump through 4 or 5 hoops each time, as the game also implements live decryption and obfuscation methods. This severely impacts performance, resulting in gameplay at 3 frames per second – even on some of the strongest PC systems available today.

As such, we’re going to need some more time to figure out the best way to proceed. Hopefully you can understand that none of this was a problem before Wednesday’s update, and performance issues aren’t related only to LSPDFR, but also to every other GTA V script modification. The difference with LSPDFR, though, is that it includes very detailed artificial intelligence that other mods (trainers, etc.) do not. This means that the efforts by Rockstar to prevent modding disproportionately affect us.”

Rockstar has officially okayed single player mods, so it’s possible that this is an error introduced by the patch.

“This was not intentional, no one has been banned for using single player modifications,” Rockstar said in the past. “Our primary focus is on protecting GTA Online against modifications that could give players an unfair advantage, disrupt gameplay, or cause griefing.

“It also bears mentioning that because game mods are by definition unauthorized, they may be broken by technical updates, cause instability, or affect your game in other unforeseen ways.”

I don’t quite buy it. While it’s entirely possible that Rockstar has introduced code to make things trickier, it’s likely them trying to clamp down on the rampant hacking that’s ruined the online bits of GTA, and not a deliberate attempt to stifle modding. For its part, Rockstar says they’re looking in to the performance issues introduced in the latest update.