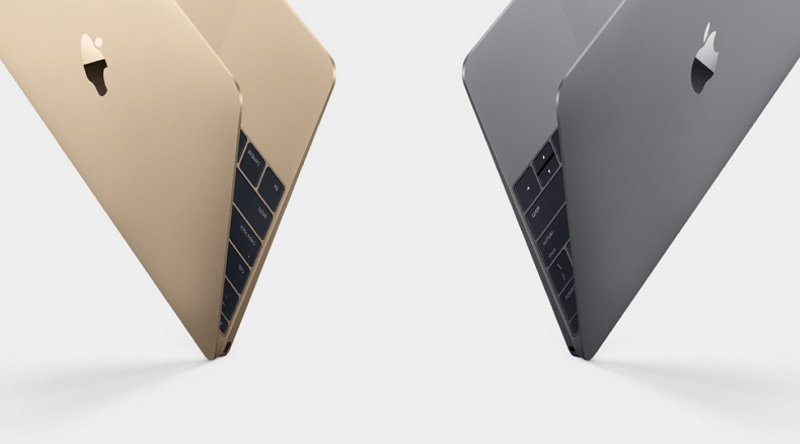 It might be all about the Apple Watch this evening, but the iPhone creators are taking their sweet time getting to it. That’s not an issue really, considering the wait consists of our very first look at Apple’s brand new laptop. Not an Air, not a Pro. it’s just Macbook now, and it looks stunning.

Falling somewhere in-between the Air and Pro models of old, the new Macbook packs a 12-inch retina display with a stunning 2304×1440 resolution, on an incredibly thin panel. In fact, that seems to have been Apple’s major goal with this brand new Macbook. It’s an unbelievable 24% thinner than the Air, coming in at only 13.3mm thick when closed. Just try think about that for a brief second, and imagine how all of that PC fits into something that small.

The thin design comes packed with the new Intel Broadwell M processors, which means it’s not going to feature a single fan. The processor Apple is using is 1.3GHz chip, which can hit Turbo speeds of 2.9GHz. With that comes a brand new force trackpad, which doesn’t click but instead feels for clicks, and a redesigned keyboard with shallower buttons and new switches.

And, as all the rumours suspected, the new Macbook will be the first to feature USB-C. If you’re unfamiliar, USB-C is a brand new type of connection that deals with flash drives, power supplies and video outputs. It’s an all-in-one, compact, reversible port that will probably become the norm in a few months time. It’s backwards compatible via adapters, so don’t fret too much about that.

The new Macbook starts at a rather reasonable (considering the Ultrabook competition) $1299, and lands on April 10th in the USA. Expect here a little later.