Home Gaming Assassin’s Creed has always looked difficult, but been easy to play 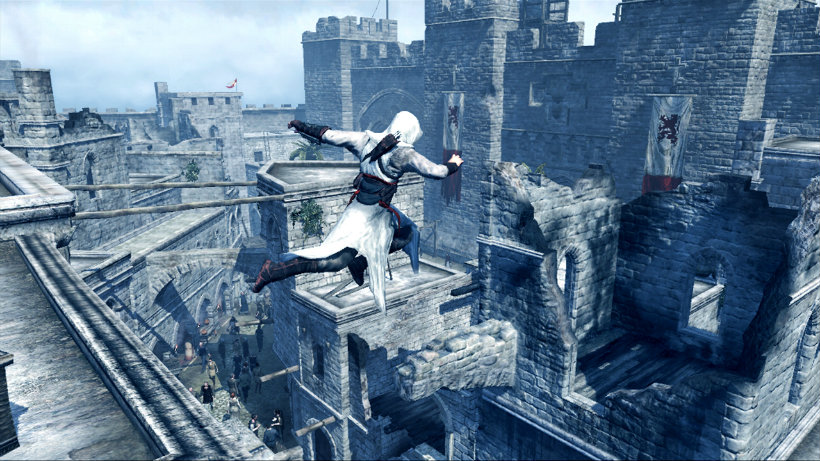 Assassin’s Creed has come a long way from its inception, and I’m not just talking about all the historical and geographical locations explored. When the game franchise launched eight years ago, it really was a rather different and innovative beast. While we take a lot of the gameplay for granted now, Ubisoft is showing us just how special the game was back then.

First up, here’s the video showing off some Assassin’s Creed gameplay that still looks rather gorgeous even after all this time:

I think I have found the core aspect of the game that people are upset about as the franchise has progressed. Here, look at these two quotes from the blog about the first game:

Before AC, clambering from street to rooftop was either comically effortless or a frustrating test of skill; here, parkour looked difficult despite being easy to pull off, which brought a weird sense of satisfaction. Even its climbing puzzles were deceptively straightforward; getting up to precarious viewpoints looked and felt like a life-or-death struggle, but so long as nobody threw rocks at you, it was really just a matter of finding the right handholds to create a path to the top.

That same straightforwardness extended to its combat, which hinged on one very important move: the instant-kill counter. When surrounded by enemies, Altair only needed to wait for one to strike – and when that happened, a correctly timed parry was all it took to kill or knock down said enemy. This move made Altair extremely hard to defeat, and like the parkour, dispatching guards in gruesome ways was both easy and rewarding, once you mastered the timing.

The game has always been built around looking difficult but actually featuring some pretty easy/straight forward gameplay. Combat is still dumb in Assassin’s Creed and with the introduction of the rope launcher in Syndicate I’m wondering if we can even call them “climbing puzzles” anymore when it comes to synchronizing view points. Still, it’s interesting to look back on where the franchise started. AC wasn’t the best installment (we all know Assassin’s Creed II and Brotherhood were) but it kicked things off and set a ton for the series that is still relevant today.

I know I might be the only one, but I’m excited to play Assassin’s Creed Syndicate. Sure, it might not be “as innovative” as people would like, but I think it will bring something new to the table while still building upon the staples of the franchise.